“You think your pain and your heartbreak are unprecedented in the history of the world, but then you read,” James Baldwin said in 1963 in an interview for LIFE Magazine. There are so many perfect James Baldwin quotes about everything from writing to America that it was difficult to fit them into one post. 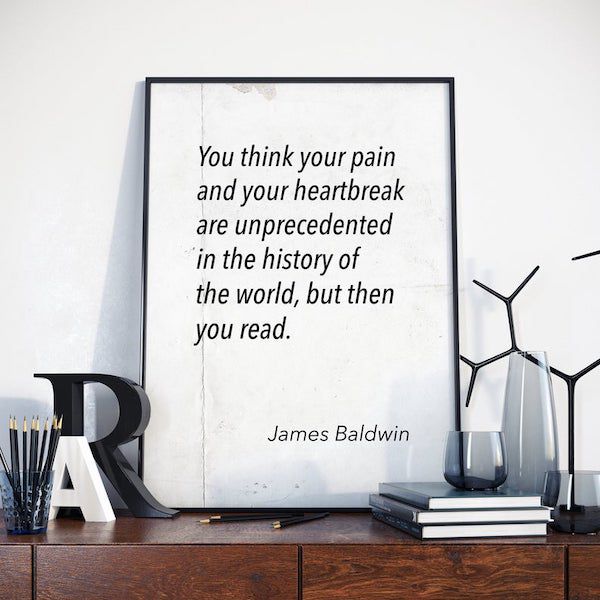 Who was James Baldwin?

The American novelist, social critic, and essayist wrote about race, homosexuality, writing, history, and more in his non-fiction—his most famous works including essay collection Notes of a Native Son and long essay and letter to his nephew, The Fire Next Time. Baldwin fictionalized the lives of gay and bisexual African American men in his novels and plays such as Go Tell It On the Mountain and Giovanni’s Room, as well as exploring the urban life of Black Americans in Another Country.

Baldwin lived most of his life after the age of 24 in Paris, disillusioned by American racism and homophobia and hoping to write outside of what seemed like a limiting African-American context. He is one of America’s most important exile writers, and one of its most thoughtful critics.

“All I know about music is that not many people ever really hear it. And even then, on the rare occasions when something opens within, and the music enters, what we mainly hear, or hear corroborated, are personal, private, vanishing evocations. But the man who creates the music is hearing something else, is dealing with the roar rising from the void and imposing order on it as it hits the air. What is evoked in him, then, is of another order, more terrible because it has no words, and triumphant, too, for that same reason. And his triumph, when he triumphs, is ours.” —from Sonny’s Blues (1957)

“To be sensual, I think, is to respect and rejoice in the force of life, of life itself, and to be present in all that one does, from the effort of loving to the making of bread.” —from The Fire Next Time (1963)

“Love does not begin and end the way we seem to think it does. Love is a battle, love is a war; love is a growing up.” —from Nobody Knows My Name: More Notes of a Native Son (1961) 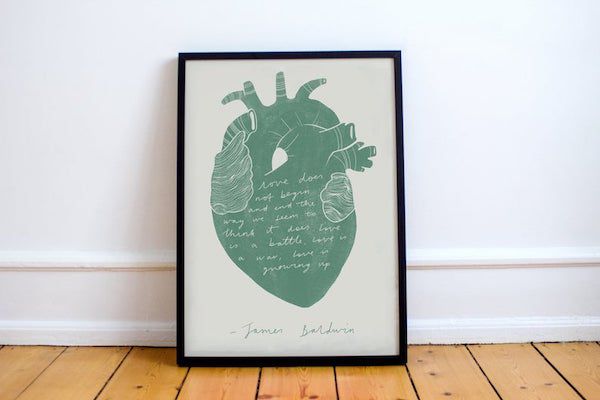 “People can’t, unhappily, invent their mooring posts, their lovers and their friends, anymore than they can invent their parents. Life gives these and also takes them away and the great difficulty is to say Yes to life.” —from Giovanni’s Room (1956)

“People who treat other people as less than human must not be surprised when the bread they have cast on the waters comes floating back to them, poisoned.” —from No Name in the Street (1972)

“I imagine one of the reasons people cling to their hates so stubbornly is because they sense, once hate is gone, they will be forced to deal with pain.” —from Notes of a Native Son (1955)

“I know what the world has done to my brother and how narrowly he has survived it. And I know, which is much worse, and this is the crime of which I accuse my country and my countrymen, and for which neither I nor time nor history will ever forgive them, that they have destroyed and are destroying hundreds of thousands of lives and do not know it and do not want to know it. One can be, indeed one must strive to become, tough and philosophical concerning destruction and death, for this is what most of mankind has been best at since we have heard of man. (But remember: most of mankind is not all of mankind.) But it is not permissible that the authors of devastation should also be innocent. It is the innocence which constitutes the crime.” —from The Fire Next Time (1963)

“There are so many ways of being despicable it quite makes one’s head spin. But the way to be really despicable is to be contemptuous of other people’s pain.” —from Giovanni’s Room (1956)

“Well, if one really wishes to know how justice is administered in a country, one does not question the policemen, the lawyers, the judges, or the protected members of the middle class. One goes to the unprotected—those, precisely, who need the law’s protection most!—and listens to their testimony. Ask any Mexican, any Puerto Rican, any black man, any poor person—ask the wretched how they fare in the halls of justice, and then you will know, not whether or not the country is just, but whether or not it has any love for justice, or any concept of it. It is certain, in any case, that ignorance, allied with power, is the most ferocious enemy justice can have.” —from No Name in the Street (1972) 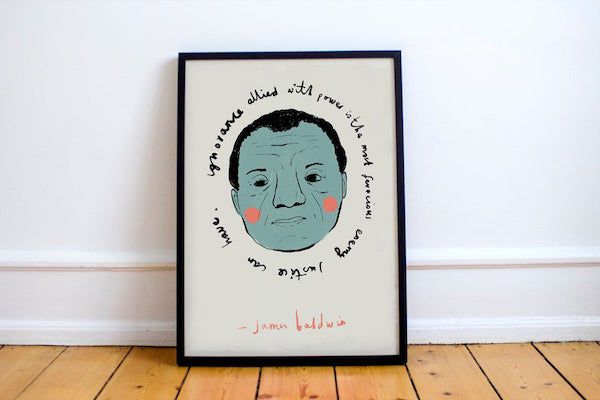 “I love America more than any other country in the world, and, exactly for this reason, I insist on the right to criticize her perpetually. I think all theories are suspect, that the finest principles may have to be modified, or may even be pulverized by the demands of life, and that one must find, therefore, one’s own moral center and move through the world hoping that this center will guide one aright.” —from Notes of a Native Son (1955)

“What one does realize is that when you try to stand up and look the world in the face like you had a right to be here, without knowing that this is the result of it, you have attacked the entire power structure of the Western world.” —from a 1969 talk in London

“To accept one’s past—one’s history—is not the same thing as drowning in it; it is learning how to use it. An invented past can never be used; it cracks and crumbles under the pressures of life like clay in a season of drought.” —from The Fire Next Time (1963)

“Precisely at the point when you begin to develop a conscience, you must find yourself at war with your society.” —from “A Talk for Teachers,” 1963

“Anyone who has struggled with poverty knows how extremely expensive it is to be poor.” —from Nobody Knows My Name: More Notes of a Native Son (1961)

“Not everything that is faced can be changed, but nothing can be changed until it is faced.” —from The Cross of Redemption: Uncollected Writings (2010) 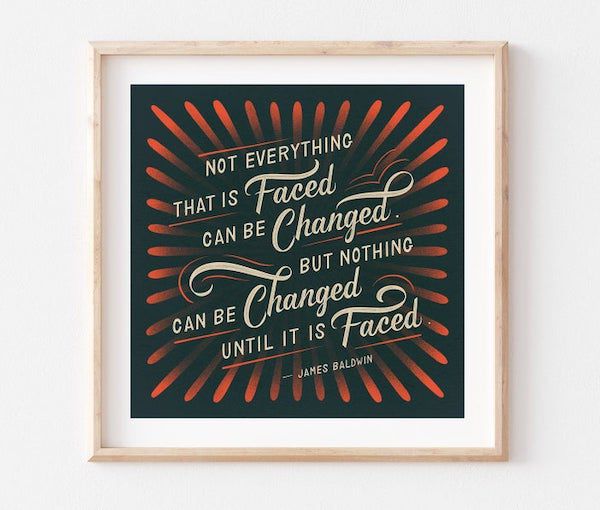 “If the concept of God has any validity or any use, it can only be to make us larger, freer, and more loving. If God cannot do this, then it is time we got rid of Him.” —from The Fire Next Time (1963)

“I consider that I have many responsibilities, but none greater than this: to last, as Hemingway says, and get my work done.” —from Notes of a Native Son (1955)

“One writes out of one thing only—one’s own experience. Everything depends on how relentlessly one forces from this experience the last drop, sweet or bitter, it can possibly give. This is the only real concern of the artist, to recreate out of the disorder of life that order which is art.” —from Notes of a Native Son (1955)

“You read something which you thought only happened to you, and you discover that it happened 100 years ago to Dostoyevsky. This is a very great liberation for the suffering, struggling person, who always thinks that he is alone. This is why art is important. Art would not be important if life were not important, and life is important.” —from “An interview with James Baldwin” (1961)