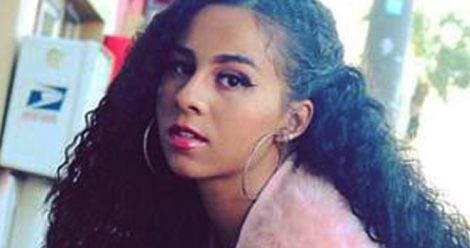 I’ve owned an ebook copy of Joe Hill’s NOS4A2 for nearly five years now, and I’ve yet to read it. It’s the never ending story of a reader: too many books, not enough time, and MORE new books keep getting published. But now that Deadline has announced Jahkara Smith has been cast in a reoccurring role in the upcoming AMC series, I might have to actually move it up my TBR list.

Jahkara Smith, AKA Sailor J on YouTube, is a YouTube star who you may know from such viral videos as “GETTING A MAN 101”, where she parodies traditional makeup tutorial videos, with a feminist spin.

Jahkara’s makeup “tutorials” are commentaries not only on feminism and the patriarchy, but social justice issues, colorism in the beauty industry, and unrealistic beauty standards, all while being freaking hilarious. For us bookish types, she did a series of makeup videos for different Hogwart’s Houses, my favorite probably being the sunny, golden-eyed, patient Hufflepuff.

Jahkara is also a fan of YA books, and has done a few “Drunk Book Review” videos, which is pretty self-explanatory.

It might be a little silly to decide to finally read a book because a person whose videos I enjoy on YouTube has been cast as character in the TV adaption, but you know what? She makes me laugh, and I’m excited for her and want to support her in her new endeavors. I’m a “read the book before the TV adaptation” kind of person anyway, and was going to read it sooner or later. So congratulations, Jahkara! I don’t mind waiting longer for your “How To Be A Gryffindor” video.

Here are even more booktubers to check out!