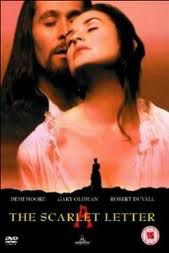 Last week on Book Riot, Jeff O’Neal laid out his theory about why books translate so readily into movie gold. It’s a lovely, overgenerous idea.

When was the last time a book resulted in a truly great piece of cinema? Still thinking? That’s because on balance books make bad movies. Cinema’s slavish addiction to books has produced more dross than dynamite. For every glorious artistic high (The Godfather), there’s been scores of depressing downers (Love in The Time of Cholera, The Lovely Bones, The Scarlet Letter, Gulliver’s Travels, The Time Machine, etc. ad infinitum). Yes they might make financially successful films (The Harry Potter and Twilight series), but dear God, they are overwhelmingly dull viewing (Yes, The Harry Potter and Twilight series – apart from the third part of each).

Jeff mentioned that the majority of the most anticipated films of next year, as listed by Entertainment Weekly, are adaptations of books. Great. Most will be so teeth-gnashingly awful they will make you question the morality of teaching kids to read.

Here’s the problem. By borrowing the story and affectations of a great book, the movie hopes to inherit some of that greatness. But cinema is a different storytelling beast. More often than not, a book’s hand-me down trappings hang ill-fitting and constraining on the screen.  Yes, people will flock to see it, but more often than not will leave awkwardly underwhelmed.

The best film of all time according to the AFI is Citizen Kane. The reason? It was a moment when cinema floated free of its literary hang-ups and developed a new, confident language all its own. My personal favourite film is a constantly rotating title shared between Raiders of the Lost Ark and Back To The Future. Both are pure, unalloyed cinema.  The best film trilogy of all time is similarly free from literary connections: Toy Story. But these preferences are for another time, another blog.

It’s not all bad news. The same AFI list is packed with films with their roots on the page. These are the glorious, transcendent exceptions to the rule. And this is because certain kinds of novels translate more readily into great cinema. So, for all the wannabe movie producers out there, don’t despair, here are a few tips to guide you to your first Oscar:


One page in a book equals one minute on screen. This is why watching a two hour film of a 400 page novel gives you indigestion. The plots are truncated; characters mere ellipses. Avoid heartburn (not to mention heartache) by adapting a short story or novella. It not only allows you to fit everything in, but allows the story to breathe, forget for a moment it is an adaptation and add some of its own, uniquely cinematic moments.

Aim low
Forget the classics section of your local book store. Instead, go to the airport. For here lies cinematic gold. The Godfather is not Great Literature. Neither are Robert Ludlum’s Bourne thrillers. Both are hugely enjoyable reads, but at their heart  they are glorious, pulpy airport novels. Which makes them perfect for the movies, a medium that makes a virtue of the surface. With The Godfather, it took cinema to make a popular, populist book into high art.  Also, the more pulpy the material, the more likely film makers will be allowed to play fast and loose with the plot, usually to the film’s benefit.

Think new and unknown
The most common pitfall of a film adaptation is to reverentially adapt it. And no other kinds of books demand this more than old or successful ones. Time and fame are tyrants that make their stories starchy and inflexible. Adaptations of classics are usually exercises in reanimating corpses. So, adapt newer or lesser known fare. Alfred Hitchcock knew this. He bought up the rights of the newly published thriller by Robert Bloch, Psycho.  He then bought every copy he could find to keep the plot twists a secret. (He also followed the previous two points with many of his films: The Birds, Vertigo). Working with new and unknown books, without traction in the public consciousness, frees film makers to craft their own vision with the material before nervous movie execs clutching market-testing reports come knocking.

Examples: Psycho, There Will Be Blood