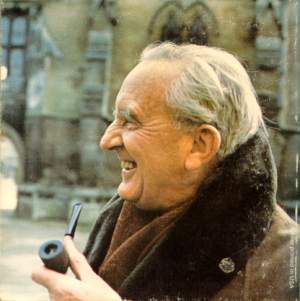 Recently it was announced that a hitherto unknown short story by J.R.R. Tolkien named The Story of Kullervo will be published by HarperCollins, thus placing Tolkien in the company of Harper Lee, Truman Capote, and other authors who recently have had allegedly unknown manuscripts discovered and published.

I have no doubt that The Story of Kullervo will be a good read because Tolkien is a great storyteller. But one of my favorite Tolkien stories involves the man himself, namely the story of J.R.R. Tolkien and the Exorcism of the Tape Recorder. 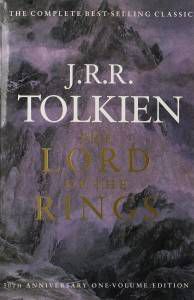 In 1952, around the time when he submitted The Lord of the Rings for publication, Tolkien went to visit his friends, George and Moira Sayer. To entertain their guest, George brought out a portable tape recorder, which were brand new at the time. Tolkien had never seen such a machine before and was very skeptical to its use. Nevertheless, he began playing around with it and was soon having a lot of fun.

Tolkien’s skepticism towards technology is well known, and The Lord of the Rings is frequently interpreted as Tolkien’s statement on the use of machinery and its impact on human society. His views on technology and machinery have been ascribed to his experiences in the trenches as a British soldier during World War I, a conflict that saw the breakthrough of the machine gun, the tank, the submarine, and the fighter plane.

However, in their biography The Fellowship: The Literary Lives of the Inklings, Philip and Carol Zaleski demonstrate that although Tolkien’s relationship to technology began to take form during World War I, it seems as if it was during World War II that it developed into the skeptic stance that can be found in The Lord of the Rings. 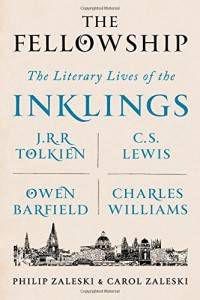 In 1939, when Britain declared war on Germany for invading Poland, Tolkien was 47 years old. During the course of the war, German fighter planes bombed England’s cities to smithereens in what has become known as the Blitz, trains were used with deadly efficiency to transport Jews to concentration camps, and the atomic bomb brought destruction beyond all expectations. After the war, urban development and the increased use of cars brought changes to Tolkien’s hometown, Oxford. The changes that took place during these years, Zaleski and Zaleski argue, solidified his feeling of technology taking over the world.

When George handed Tolkien the tape recorder, his skepticism towards it as a machine was deeply rooted in his personality. Because the machine could record and play back a human voice, Tolkien joked around that the tape recorder was possessed. That was why he began a recording session with exorcizing any demons living inside the machine. He did this by recording himself reciting the Lord’s Prayer.

Gothic is a language that went extinct several centuries ago and very few texts in Gothic still exist. One of the most famous texts is the Codex argenteus, or The Silver Bible, which is a sixth-century copy of the fourth-century Bible translation made by the Gothic bishop, Wulfila. Wulfila has also been attributed with translating the Lord’s Prayer to Gothic.