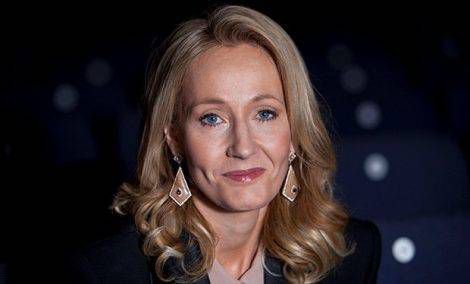 J.K. Rowling isn’t shy about her politics – in life, in her books, nor on Twitter. This week she has been killing it with responses to the people who have decided to burn their copies of Harry Potter because they have discovered that she’s liberal and dislikes Trump as much as all of us here at Book Riot. I’m not really sure what rock they’ve been hiding under to only just come to this revelation, but that’s beside the point. The point is the J.K. Rowling is the queen of the clap back. Here are some of her greatest troll takedowns, no bogey-covered wand required.

Well, the fumes from the DVDs might be toxic and I’ve still got your money, so by all means borrow my lighter. pic.twitter.com/kVoi8VGEoK

The irony of burning books you already paid for and read is delicious.

Unless you’re actually a hooded chihuahua, I’m pretty sure I win on the ‘not hiding’ front. I quite like ‘old whore’, though. #Shakespearean pic.twitter.com/0pIEVfrGn7

I need an ‘Old Whore’ t-shirt and I need it stat.

Try sounding out the syllables aloud, or ask a fluent reader to help. pic.twitter.com/K1j19EIU5f

Her next tweet was: “I love you people. Half my timeline right now is pointing out that Harry Potter never turned anyone into a frog & that Hermione was the nerd.”

Lady, if you think the deaths of vulnerable African women are a suitable subject for a pussy joke, you’d better hope there’s no hell. pic.twitter.com/PYhAKD0eFG

She never fails to put someone firmly in their place.

Then I want some of what you’re smoking. https://t.co/pcXzOf1JZm

If you don’t have firm feelings about the current administration, you either are smoking the best stuff or… no wait, you’re just privileged. Maybe think about others for once. Or at least share.

Jo knows the rules: If you’re going to offer your unsolicited opinion, at least spellcheck the damn thing.

Rage fills me every time I remember that my nation’s leader is an international problem.

Can’t wait for next week: ‘Shabby-Chic Loungewear and Stubble – Styling with ISIS.’ pic.twitter.com/aX4ZTBCovN

She’s not afraid to call out press for normalizing racists, fascists, and xenophobes. Or more simply, as I like to call them, assholes.

Not going to shut up, though. pic.twitter.com/wqehsnXzPp

Hey, I know I can’t compare to the president elect. He has the deepest thoughts. So deep you’ll need a big shovel to get at ’em. Bigly deep. pic.twitter.com/Ie074mCspR

It’s a dead on impression of the man who slimed his way to the Oval Office. Not surprised since she nailed evil with Voldemort, already.

Honestly, Rowling has been slaying for years. I only went back to just before the US election for these gems. I don’t follow a ton of celebrities on social media, but she will always be firmly on my follow list.