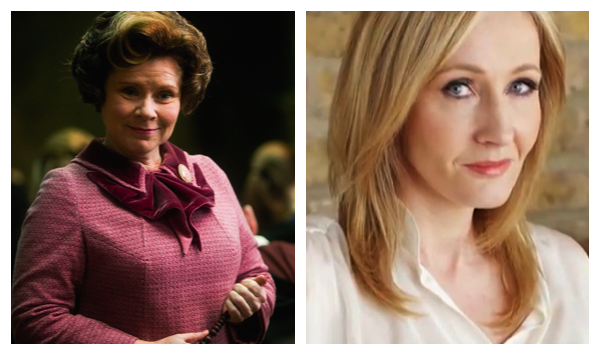 To commemorate the publication of Harry Potter and the Order of the Phoenix in 2003, J.K. Rowling has published a series of essays on the Pottermore website. The headlines essay focuses on the character we all love to hate: Dolores Umbridge. Rowling says that Umbridge was based on a teacher of her own that….well you can probably guess how Rowling felt about her.

Uxbridge first appeared in Order of the Phoenix, but we also get some more information about other pieces of the Wizarding world, including details about Azkaban prison and more about the Thestrals, who can only be seen by those who have seen death.

Pottermore is the most ambitious and most successful on-going website dedicated to a particular franchise. Her large and fervent fanbase has proven to be starving for new Potter material, which Rowling seems willing to provide.

I continue to wonder if similar sites built around popular franchises and writers might be successful: it seems to me that Suzanne Collins, for example, could garner as much attention for a “District 14” site and George RR Martin clearly has enough material to spawn a second, shadow internet of his own.