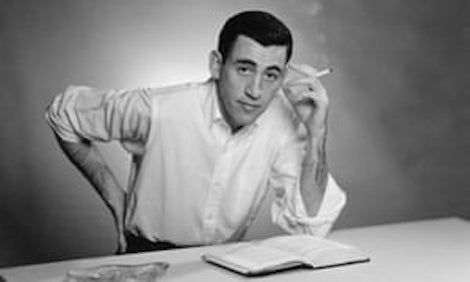 The family of writer J.D. Salinger plans to publish a wealth of secret works he created over the last half century of his life, his son told The Guardian in an interview published Monday.

“This was somebody who was writing for 50 years without publishing, so that’s a lot of material,” Matt Salinger told the newspaper. He said he and Salinger’s widow, Colleen O’Neill, are “going as fast as we freaking can” to get it ready for publication. But he warned that it could take years — hopefully less than a decade — to publish everything the reclusive author left behind after his death in 2010. But Matt Salinger vowed: “All of what he wrote will at some point be shared.”

I am so curious what we’ll be getting!

Whether you prefer the term antilibrary, tsundoku, or something else entirely, the value of an unread book is its power to get you to read it.

A piece on the value of knowing you’ll never read everything you want to read.

____________________
Sandra Cisneros, the Mexican American novelist whose books “The House on Mango Street” and “Woman Hollering Creek” are widely considered contemporary classics of American literature, has won the PEN/Nabokov Award for Achievement in International Literature.

Cisneros is the third author to win the annual award, after Syrian poet Adonis in 2017 and Irish novelist Edna O’Brien in 2018.