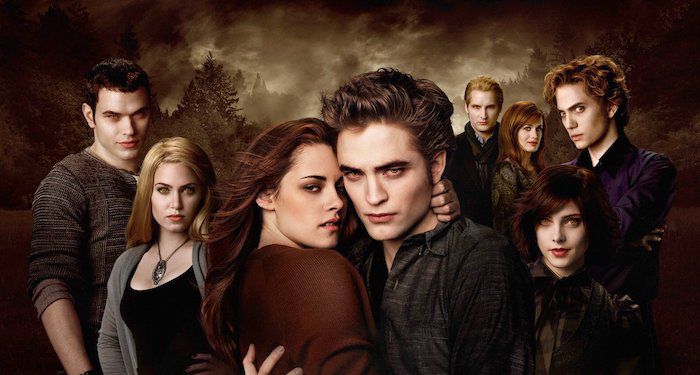 It’s 2021, yet from the sheer amount of Twilight memes shared on my Instagram feed, I could be fooled into thinking it’s 2009. To paraphrase an infamous Star Wars line, “Somehow, Twilight has returned.”

The Twilight Renaissance is an internet revival of Stephanie Meyer’s paranormal romance saga. People are once again making fan art, sharing memes, and discussing the series’ impact after a dip in popularity during the mid-2010s. But why now, and who’s driving it?

What Started the Twilight Renaissance?

It’s easy to pinpoint a beginning to when Stephenie Meyer announced Midnight Sun‘s release in May 2020. Told from Edward’s perspective, this Twilight companion was the perfect kindling to get old fans interested in the series again. Those who were Twilight fans in the 2000s remember the long and unfortunate history of that book being announced, leaked, cancelled, re-announced, and re-cancelled so many times that I doubt anyone thought it would see the light of day.

Once it was clear that the book would indeed be released this time, I think many who loved the series during its prime were pulled back in via the relentless magnet that is childhood nostalgia. Suddenly, we saw an explosion in Twilight memes on pretty much every social media — Twitter, TikTok, Tumblr, Instagram — and even a semi-ironic fandom resurgence.

The timing also must have influenced how strong of a force the Twilight Renaissance has become. In times of uncertainty, nostalgia can be comforting, and I think many of us were and still are taking comfort in escapist reads.

It’s been a year since Midnight Sun‘s release, however, and this Twilight Renaissance still seems to be thriving. Now that the entire movie saga is on Netflix, many are watching it for nostalgia purposes. Some who never grew up with the series are discovering it for the first time. I even made my husband watch them with me—who was in the camp of “had no interest in Twilight, then or now” — and he reluctantly agreed that they are at the very least entertaining.

Twilight itself is 16 now—older than many of today’s teenagers. When I was reading Twilight in the late 2000s, I wasn’t even a teenager myself. I was 11 years old, glued to a book about a vampire who secretly watches his crush sleep from her room, and thinking, “Yes, this seems like normal and good behavior for a boyfriend.”

It’s a different read now that I’m in my mid-20s, married, and have a bit more life experience than my tween self. The melodrama of the movies is more humorous — and comforting in a “this was a world and a fandom I once loved” way — than suspenseful. I also find some aspects — like, say, Jacob imprinting on Bella’s child or the cultural appropriation of Quileute tribe traditions — disturbing now that I can think about the implications in a way than I wasn’t as capable of at age 11.

As an adult, I don’t see the series as this perfect love story like when I was young — far from it. But a part of me will always think of the joy the series brought me at that age.

I think about going to the New Moon movie premiere with my ever-patient mom. I think about writing Twilight parodies during recess and uploading them to FanFiction dot net (another source of nostalgia for another day). I think about rollerblading around my neighborhood listening to Linkin Park because Stephenie Meyer liked them and feeling like the coolest person in the world. And when I remember those things, I smile.

Welcome to the Vampire Renaissance

One of the best parts about the Twilight Renaissance, in my opinion, is the resurgence of vampire fiction. Again, probably from reading the series at such a young age, I can’t resist any reimagining I can find on vampire legends. Were they overdone in the late 2000s? Probably. But I’m totally fine with them becoming overdone again.

In particular, I’ve been reading Vampires, Hearts, & Other Dead Things — about a vampire-loving girl who is desperate to find a real vampire so she can save her father from dying of a terminal illness. It’s almost self-aware in that it’s a revival of paranormal YA that examines how we use vampire myths to understand grief and mortality.

I like that about this vampire fiction resurgence — it’s aware of pop culture monoliths like Twilight and reinterprets vampire legends in ways that are more thoughtful. My hope for the Vampire Renaissance, if it continues, is that it keeps critically examining the romance around the myths and tropes in a way that feels real despite the inherent fantasy of it.

For more on the Evolution of Vampires.