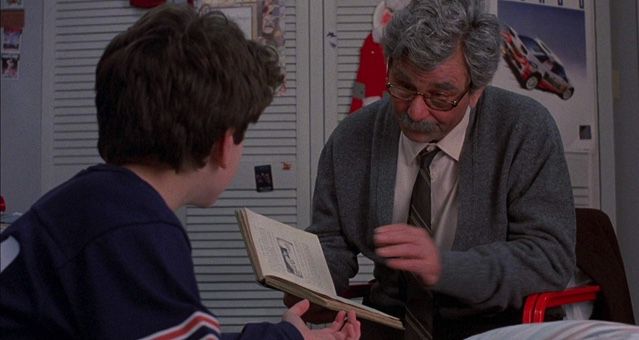 Recently Variety reported that Sony’s CEO wanted to remake the beloved 1987 Rob Reiner film The Princess Bride. This later turned out to be probably not true, but that didn’t stop the internet from Freaking Out, including several people close to the film:

There’s a shortage of perfect movies in this world. It would be a pity to damage this one. https://t.co/5N8Q3P2e5G

Oh really? Well, I married the six fingered man, obviously why we have stayed together for 35 years and there is only ONE The Princess Bride and it’s William Goldman and @robreiner’s. “Life is pain highness. Anyone who says differently is selling something!” https://t.co/hv33UIZKN3

And look, I love The Princess Bride as much as the next millennial, but, like…maybe we could all calm down about remakes?

I mean, for starters, The Princess Bride isn’t an original film; it’s an adaptation of William Goldman’s book of the same name, which is itself an abridgment of S. Morgenstern’s classic work, a triumph of Florinese literature and social satire.

…Okay, I know that last bit’s not true. (Yes, I believed otherwise for a while. Yes, I was very embarrassed when I found out the truth.) But I think it really goes to show that The Princess Bride, of all movies, is a pretty poor text to choose to be precious about, since so much of the framing of both the book and the movie is about the importance of telling a story in a way that’s appropriate to the context, and that it’s okay to take liberties with a beloved tale to make it your own.

Yes, Hollywood seems to be obsessed with remakes right now, from Little Women to The Lion King to DC’s endless floundering attempts to get anything but Wonder Woman to work. It can start to feel like there are no new stories being told.

But this is nothing new. Hollywood has always told stories over and over again. How many times has Sherlock Holmes appeared on screen, or Dracula? (Over 200 for the former, as of a Daily Telegraph article from 2009, and I can think of a good number of Holmeses who debuted in the intervening years, making that number even higher.) How many times has Pride and Prejudice been filmed, or Alice in Wonderland, or Hamlet?

I used to be a purist about adaptations, reboots, and remakes, to the point of being probably obnoxious to my friends and loved ones as I explained that actually the version of the story they liked was Wrong because it changed X, Y, and Z from the original canon (which I of course knew better than anyone else).

Being a fan of comics was what changed my mind, which is weird because most comic book readers—and I am 100% including myself here—are the most stubbornly opinionated people you will ever meet, who will fight like cats in a sack over minutiae like whether or not there’s an oval behind the bat logo on Batman’s chest. But comic book characters have also been around a long time, and they change to fit the cultural context they exist within. If they’re to remain relevant within a broader pop culture context, the same must be true of their adaptations. That’s why Batman always stays relevant: because he is perennially re-adapted for new audiences, even if the old audiences kick up a fuss about it. (Did you know that many fans hated the 1989 Tim Burton film because it was so much darker than the Adam West show? And now many fans find even Burton too campy, after Nolan. But none of those versions are wrong.) (Batman v Superman’s version is actually wrong, but that’s an article for another day.) (I told you I was stubbornly opinionated.)

Part of the problem, I think, lies in the word “remake.” No one really wants a remake of anything, because that’s how you end up with artistically bankrupt shot-for-shot recreations of The Lion King you’re supposed to spend $18 to see again. “Reboot” is no good either, because it implies discarding everything that’s gone before, and that doesn’t feel good to any fan. I say we use “retelling,” because after all, isn’t that what we’ve been doing since before the written word was invented? Telling and retelling beloved stories, turning them over from every angle to find new meanings that are relevant to us here and now.

The Princess Bride isn’t like those memes of Spider-Man reboots increasing in frequency. It’s 32 years old; the book is 46 years old. The world has changed drastically since those versions were released, and who’s to say we wouldn’t gain something from reexamining it in a new context? Look at Good Omens, finally adapted 29 years after it was first published. The miniseries didn’t have to shift the central metaphor of the conflict between Heaven and Hell from late Cold War tensions to late capitalist dystopia, but it adds a feeling of immediacy and relevance to the miniseries while in no way taking away from the original text.

Also, not every retelling is going to be for you, and that’s okay. The 1982 Annie is one of the most formative texts in my entire life, as anyone who knew me from ages 2–10, when I sang “Tomorrow” nonstop without taking a single breath, can attest. I consider it far superior to its source material, the 1977 play, and to the play’s source material, the Little Orphan Annie comic strip—an opinion I’m sure fans of both would find appalling. The 2014 retelling starring Quvenzhané Wallis was never going to replace it in my heart because I didn’t encounter it as a toddler, but I’m so glad that retelling exists, because black girls deserve to see themselves as the spunky heroines of ludicrously optimistic musicals just as much as white girls do.

So, you know, just for a start, a retelling of The Princess Bride could include even a single person of color.

And hey, have you noticed that we only get this precious about texts that are still under copyright? There are like 47 articles on this site alone about all the great Pride and Prejudice retellings that exist in the world, but suggest a retelling of anything younger than Mickey Mouse and everyone freaks out. Why are we doing capitalism’s job for it?

They’re probably not going to remake The Princess Bride any time soon, but I bet that you’ll see a retelling of Harry Potter within your lifetime. And your favorite Disney movie, if they haven’t already. And definitely Spider-Man.

So why not let them? If they bring something new to the table, great! If they don’t, keep your money. It’s not hurting the version you loved.

Or to put it another way, don’t be afraid to revisit the stories you love over and over again by skipping the crap and going straight to the good parts. After all, William Goldman said we could.

For more on this theme: Please, Hollywood: Adapt this Book a Hundred Times