High school-me wanted to become a poet. So did college-me. Then a professor pointed out at one point that to become a poet, one accepts that very few people, and often nobody at all, will read your work. Poverty and a small audience were the burden of the genre. So, my poet days were over.

Which is ironic, because that decision in college did not actually make me reject poetry. In fact, in some ways, it made poetry more inviting, more delicious–the thing I read and wrote when the rest of the world’s expectations were put on hold. And now, sometimes, I want to hold down people and force them to read poetry. I’m imagining a situation something like A Clockwork Orange’s film watching scene, but less terrifying and with just Scotch tape. I can sense a similar desire for people to give poetry more of a chance in Roxane Gay’s brief article for the Poetry Foundation pointing out her love for the writing form she feels she knows little about: “I could write of the poets and poems that reach into my mind, my body, and never run out of words.”

But then again, maybe my professor was wrong. Maybe in a traditionalist sense, yes, many chapbooks aren’t read. Most poets go into the world only to be read by other poets. What’s important here is to note that a rejection of online audiences by traditional poets maintains the isolation of poetry. It seems that 2016 was the year for online poetry access to crack open wide. 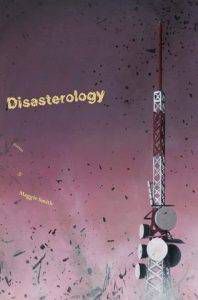 Take, for example, Maggie Smith’s poem . This work is all about the disappointing qualities of the world:” Life is short, though I keep this from my children.” And then, with the release of this poem, something interesting happened: Online readers started to pay attention to this work, share it and commiserate with the need to present the world as a happier place to our children. The poem spread quickly after the Orlando shooting, and surprised many with it’s approach-ability and affect. Even Maggie Smith, when interviewed by Slate, noted that, “Sometimes I forget that poetry can do real, tangible work.” Since, many have sent around Smith’s piece as the official poem of 2016– a piece connecting with the recent frustrations of an imperfect world (i.e. complaints of 2016 as a terrible year). In general, this should help Smith’s collection, Disasterology, connect with more readers. 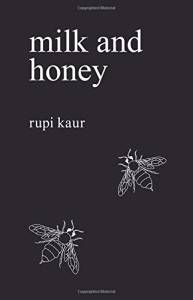 You also have the Instapoet, Rupi Kaur, who had a significant online

Check Your Shelf Newsletter
Sign up to receive Check Your Shelf, the Librarian's One-Stop Shop For News, Book Lists, And More.
Thank you for signing up! Keep an eye on your inbox.
By signing up you agree to our terms of use
following and produced work with intensely emotional and important themes on abuse and femininity. Her unique approach and honesty caused her originally self-published book, Milk and Honey, to gain a boost in sales and attention.  The collection was discussed on Bookriot’s Podcast since it was so surprising to see a poetry book’s rise to fame, and it was documented on The Guardian when the book sold half a million copies, a number unheard of for a new poetry collection. So what does this mean exactly? Kaur’s online readings of her own work has been fantastic self-promotion in the honest branding of her own passion. For traditional poets, the idea of spoken poetry is problematic as it is focused on a different approach and audience, so that professor of mine probably wouldn’t find much value in Kaur’s work. Yet this bias is problematic too when Kaur is the one with people willing to listen. Spoken word works.

So what does this mean? Poetry is changing (as always, but more quickly now) and bias against genres and audiences can be a problem. But what else has changed? Who else is rising to the surface? What have you noticed?