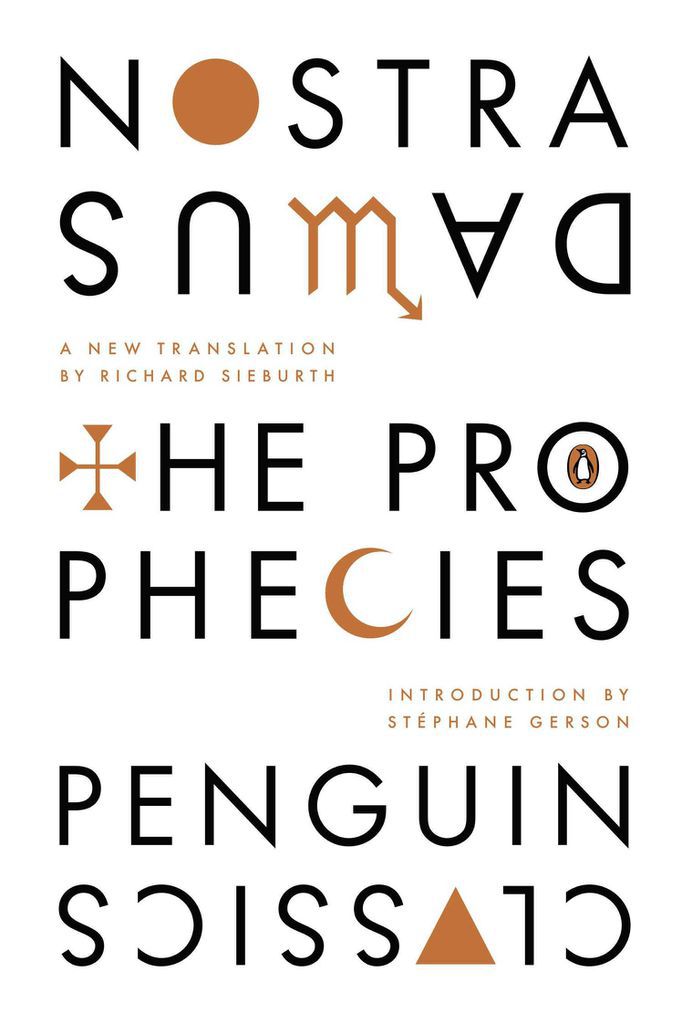 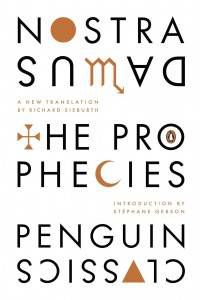 So Penguin Classics, a press whose website brags about being “…timeless and trendsetting,” is about to publish a book of Nostradamus’ poetry called The Prophecies. I call his writings poems, mostly because I don’t believe in magic, but also because they’re too vague to actually predict anything. For example:

The lost thing is discovered, hidden for many centuries.
Pasteur will be celebrated almost as a God-like figure.
This is when the moon completes her great cycle,
But by other rumors he shall be dishonored.

Now, you might be thinking, “Oh, a shout-out to Pasteur! This must have predicted Louis Pasteur’s amazing contributions to public health!” But you would be wrong. First of all, the word “Pasteur” back in Nostradamus-era France (1500’s) was not only a common surname, but also was a term for a priest. Secondly, pasteurization wasn’t a “lost thing.” It was brand new. Thirdly, unless you count some weirdo ‘raw milk’ movement talk, there aren’t any rumors dishonoring Pasteur. Goes to show that if you take a step back and squint, anything can look like it has some intended meaning that it probably doesn’t actually have. Our brains are giant pattern-recognition machines that can sometimes work against themselves.

The Internet is full of Nostradamus prophecies. They’re usually either being applied to modern American politics or being debunked by inexplicably bitter skeptics. But the fact that Penguin, one of the heavy-hitters of publishing, have decided to put out this book should tell us something. It should remind us that these baroque quatrains reading like tweets from the dark side are actually literature. They’re not magic. They’re not empty gestures meant to fool us. They’re kind of like a Renaissance version of Orson Welles War of the Worlds radio broadcast, meant to draw us in with an artificial sense of immediacy that breaks down our psychological barriers to experiencing art, while simultaneously feeding our morbid desire to embrace apocalyptic  aesthetics. If anything, Nostradamus was the Jim Morrison of his time, engaging us in a bit of performative  shadow-play. And just like Morrison, he uses bad, vague poetry, to fool us into thinking that he’s really deep or magic. It’s great as an idea, or in small doses, but good luck trying to trudge through 400 pages of it.