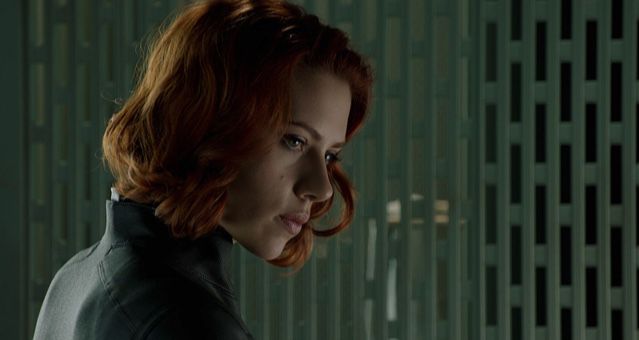 In 2014, a friend and I went to see Captain America: The Winter Soldier. The members of the audience were given a survey to fill out as we left: Why we had come to see this Marvel movie? How they could make us see another Marvel movie in the near future? We both checked off Black Widow and Scarlett Johansson as major factors in our decision and in our decisions to see future Marvel movies, wrote in “Black Widow movie” everywhere there was an open-ended question, and finally just scrawled “MAKE A BLACK WIDOW MOVIE” all over the margins of the papers, determined to make our point. 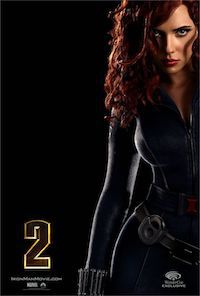 In 2019, Marvel Studios finally announced a Black Widow movie, nine years after Johansson’s take on the character debuted in Iron Man 2. And I thought: “Eh, pass.”

Five years isn’t a long time at all, so it’s incredible to me how rapidly both Marvel and ScarJo burned through the enormous amounts of goodwill they had in 2014. Because I loved her Black Widow five years ago.

[Spoilers for Avengers: Endgame below.]

Go back and watch The Avengers. Black Widow is a revelation. Iron Man 2 had given her the usual thin and hackneyed characterization of “sexy spy with no feelings who uses her looks to manipulate men, also does that move with the sticky-out leg + hair flip.” Avengers let Natasha be a fully realized human being, motivated by a combination of loyalty to a cause, friendship, and a desire to make up for the wrongs in her past. She takes down Hawkeye in a spectacularly vicious, visceral fight that has zero sticky-out leg nonsense, and faces her greatest fear when she’s trapped with an enraged Hulk. She’s still playing on people’s expectations to manipulate them—but this time it’s by pretending to be self-centered and weak to get Loki to reveal his grand plan, rather than the usual cleavage-based approach, and not incidentally involves tricking the god of lies, which is a hell of a flex. Oh, and not for nothing, but she’s the Avenger who actually closes the dimensional gateway and saves the Earth, Tony. (Sorry, Tony. RIP.) 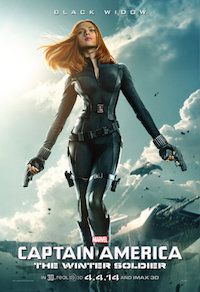 The Winter Soldier continues the trend. Natasha is funny (“I’m here to pick up a fossil”), resourceful, and totally game to take on a Super Soldier Serumed assassin who already nearly killed her once. Her usual smirking sensuality feels playful, like a tool in her arsenal she’s having fun with, rather than the only option available to her as a woman in an action movie. Most importantly, this movie continues to allow her to be a full person with complex motives—in this case, one who’s wrestling with how willing she is to, as the kids say, submit to the mortifying ordeal of being known in exchange for the trust of others, and coming to grips with the corruption hidden within in the organization she thought was helping her make up for her past. The fact that the spine of this movie is the platonic friendship between a man and a woman is just icing on the cake.

Unfortunately, Natasha’s time in the spotlight rapidly devolved from there. Age of Ultron pushed her into a clumsily executed romantic subplot with Bruce Banner and boiled much of her trauma down to her inability to have children thanks to the Russian government’s meddling with her body. She even implies that this inability makes her monstrous, trading on old gender stereotypes that the past two films had avoided. She had little chance to come back from that with reduced screen time in Civil War and Infinity War, thanks to their enormous casts. Endgame did her more justice, letting her take on the Nick Fury role of holding together a crumbling world…until it killed her off to save the least popular and least developed Avenger, who had spent the past five years murdering people of color but apparently deserved to live more because he had a wife and kids. Unlike Natasha who is, apparently, a monster.

Yeah, I’m still mad about that. 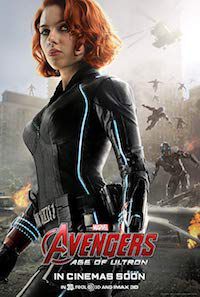 Meanwhile, Scarlett Johansson made some deeply questionable decisions about her non-MCU projects. First came 2014’s Lucy, which billed itself as an empowering female-led action vehicle, but was actually two hours of nonsense and a white woman murdering Asian people. She followed that with 2017’s Ghost in the Shell, which led to widespread pushback against the whitewashing of a character who was Japanese in the original manga. Then last year she signed on to play a trans man in Rub and Tug, eventually dropping out due to the intense backlash from the LGBTQ community.

Correlation is not causation, but looking at these three projects in a row, I see an increasing lack of patience from the movie-going audience for Johansson’s choices. Lucy was #1 at the box office when it came out, but Ghost in the Shell bombed (a common fate for whitewashed movies, and yet Hollywood keeps making them), and Johansson, as noted, ultimately withdrew from Rub and Tug because the backlash was so loud.

Unfortunately, she doesn’t seem to be taking the message the audience is sending to heart. Before dropping out of Rub and Tug, she was defensive and flippant. “Tell them that they can be directed to Jeffrey Tambor, Jared Leto, and Felicity Huffman’s reps for comment,” she said in response to criticism, referring to three other cis actors who have recently been lauded (and criticized) for their performances as trans characters. (“If known abusers Jeffrey Tambor and Jared Leto did it, so can I” is a weird defense, by the by.) 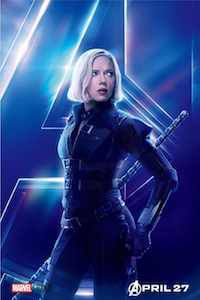 More recently, Johansson gave an interview to As If where she declared that “art should be free of restrictions” and thus “as an actor I should be allowed to play any person, or any tree, or any animal because that is my job and the requirements of my job.” (For what it’s worth, she later said these remarks were click-baity and taken out of context.)

I mean, in a vacuum, maybe. But so should people of color and trans people, and they sure as hell don’t get the same opportunities Scarlett Johansson does.

While Johansson embarked on this systematic quest to alienate her entire audience demographic by demographic, Marvel dragged its feet on announcing a Black Widow movie. For years it’s been “in development,” “in talks,” “in the pipeline.” In the meantime, DC released Wonder Woman and Marvel released Captain Marvel—both female-led smash hits. The CW has given us Supergirl and (coming this fall) Batwoman, and next year brings us Wonder Woman 1984 and the all-female ensemble cast of Birds of Prey. Natasha Romanov is no longer the only female superhero around.

I don’t mean to suggest that we have “enough” female superheroes frontlining films and TV shows. For one thing, all of those solo leads are still white women, though Birds of Prey has a more diverse cast. For another, women are 51% of the population, so as far as I’m concerned, we’ll have “enough,” say, Marvel superheroines when we have at least eight more to balance out the nine male leads we’ve already gotten versus one Captain Marvel.

But should Black Widow—at least, as played by Scarlett Johansson—be one of them? 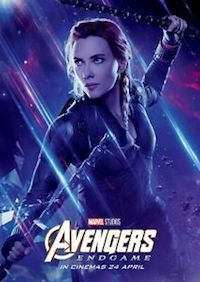 Marvel has kind of set themselves up for failure here. By waiting over a decade to give Black Widow a starring vehicle, they’ve not only raised expectations unmeetably high, they’ve painted themselves into a corner so tight with other films that the character is literally dead. And I can’t feel bad for them, because they did it to themselves. If they’d greenlit a Black Widow movie in 2014, not only would they have stolen a march on Wonder Woman, they’d have locked their star in when she was still the darling of much of feminist nerddom.

I mean, sure, go ahead with Black Widow. Lord knows other Marvel movies with little to no excitement behind them (looking at you, Doctor Strange) do respectably enough at the box office. I’m still annoyed enough by her plot line in Endgame that I can’t say I wouldn’t want to see ScarJo’s Natasha return from the dead and knock (Red) skulls together. But if you’re going with a prequel, perhaps now is the time to recast?

Either way, Black Widow is not the magic bullet they seem to think it is—because in that lineup of eleven Phase 4 projects announced at SDCC, I’m still seeing only one with a solo female lead. Yes, Jane Foster is picking up the hammer in Thor: Love and Thunder, but I’m pretty sure Chris Hemsworth is still getting first billing. And the wonderfully diverse cast of The Eternals doesn’t change the fact that the remaining announcements included six solo dude films and a dude/dude buddy show. We’re getting more and better representation than the “five white guys and a white woman” lineup of the first Avengers movie. We’re nowhere close to gender parity, or representation for all women.

So sure, make a Black Widow movie. But make a Ms. Marvel movie too. And an America Chavez movie, and Riri Williams, and Jessica Drew, and Maya Lopez, and all the other dozens upon dozens of amazing female characters who deserve to have their stories told just as much as the latest fast-talking Dreamworks-smirking white guy Kevin Feige can dig out of a dollar bin.

You’ve lost your chance to have a Black Widow movie be groundbreaking, Marvel. Now make it part of a sea change instead.