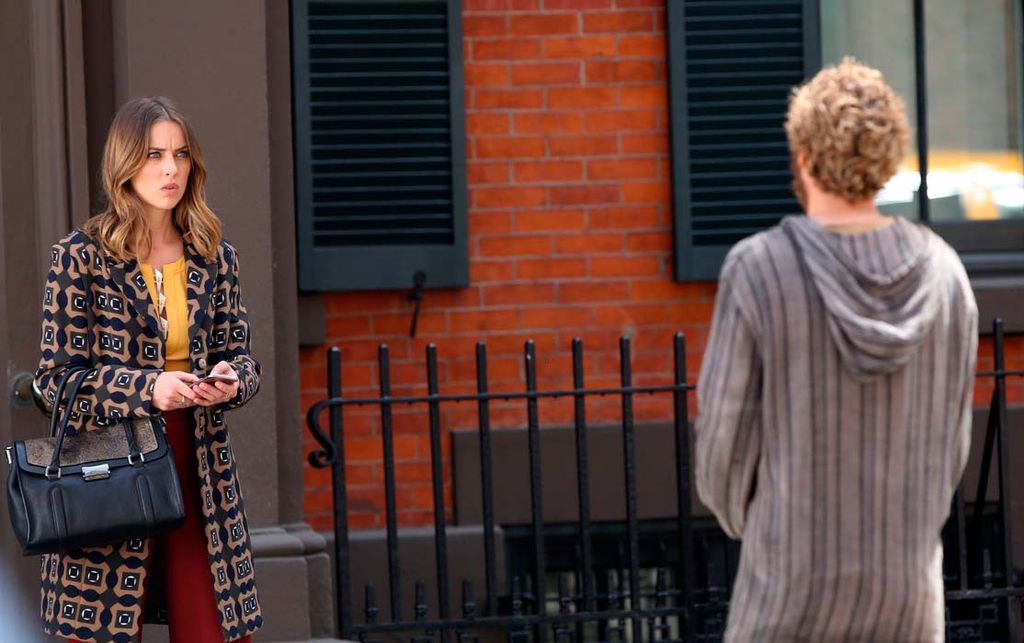 In the fourth episode of Netflix’s Iron Fist, “Eight Diagram Dragon Palm,” the show gives us the traditional “hallway fight scene” viewers have come to expect from Netflix’s Marvel offerings. Eight members of a Chinese Triad show up at Danny Rand’s opulent hotel suite, grab his childhood best friend Joy Meachum, and drag her into an elevator at the other end of the hall. Danny must fight his way down the hall and into the elevator to save her.

Yes, the arrival of a horde of unnamed, interchangeable Asian men kidnapping a white woman is as racist as it sounds. No, the sequence doesn’t come anywhere close to its MCU predecessors – in hallways or elevators – at inventiveness, cinematography, fight choreography, or character development. No, the appearance of the Triad fighters at that moment doesn’t particularly make any sense.

But I want to zero in on one very specific moment towards the end, when Danny, Joy, and two opponents are scrabbling around in the elevator. Between gasps and screams, Joy musters her courage and punches one of the Triad guys in the face. She winces, shakes out her hand, and immediately goes back to screaming. 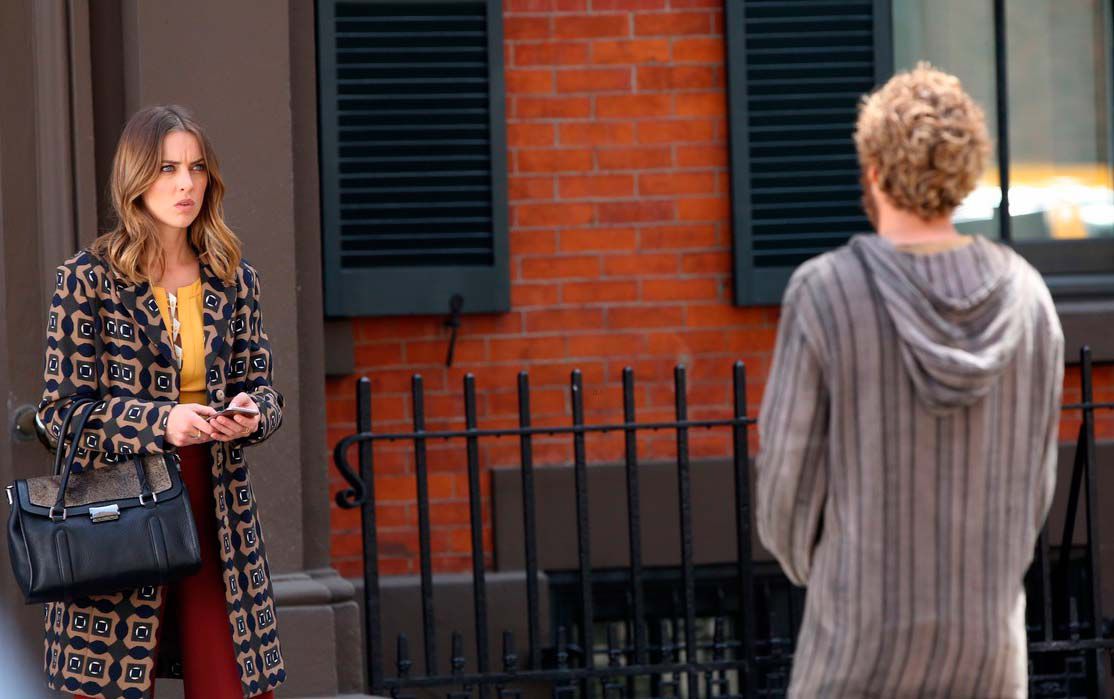 I call this a Slap the Joker Moment.

I named this trope after a scene in 2008’s inexplicably beloved The Dark Knight. This movie may be a critical and fan darling, but its treatment of its female characters is consistently abysmal. During a pivotal scene, the Joker attacks a party that’s being attended by Bruce Wayne and his unattainable dream girl Rachel Dawes. When Rachel stands up to him, he grabs her by the face and terrorizes her via a lengthy monologue. She responds by kneeing him in the groin.

“A little fight in you. I like that,” the Joker says.

“Then you’re gonna love me,” Batman growls, swinging in to the rescue. 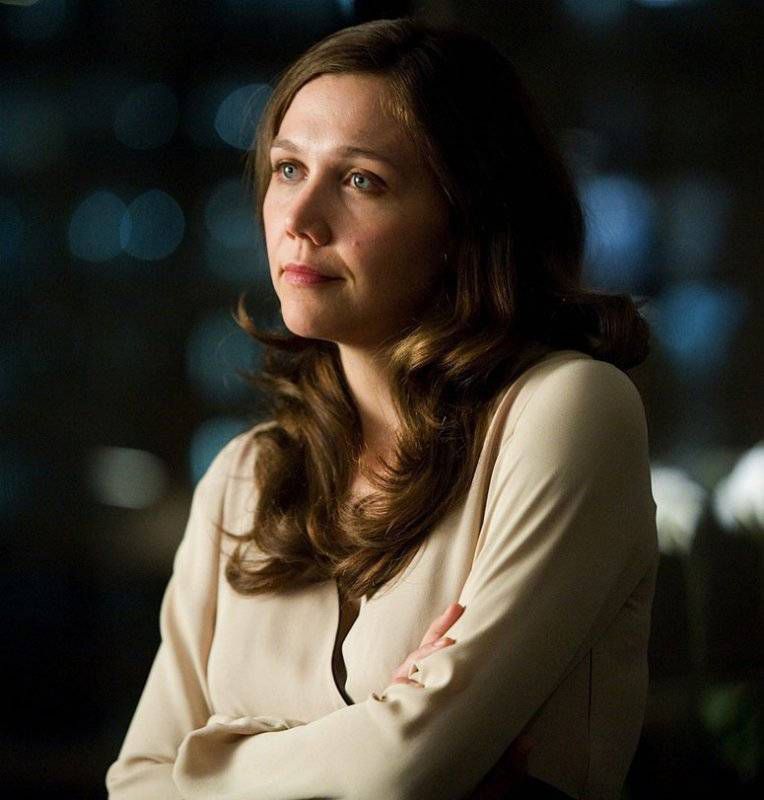 A fight scene ensues in which Rachel is thrown out the window of the skyscraper they’re in; Batman leaps to her rescue. Later, Rachel is murdered, sacrificed to the plot in order to cause Batman pain and set her boyfriend Harvey Dent on his path towards becoming Two-Face. It caps off a movie and a half’s worth of her being nothing more than an object, forever placed on a pedestal just out of Bruce’s reach, and so little of a person that she was recast between films without protest.

But hey, she (ineffectually) fought off the Joker (who later killed her), right? So she’s feisty!

Towards the climax of 2011’s Green Lantern, villain Hector Hammond kidnaps love interest Carol Ferris, and hero Hal Jordan sets off to rescue her. When Hammond uses his mental powers to hold Hal immobile in an airplane hangar, Carol fires one of the plane’s guns at Hammond. It does very little, and Carol accomplishes approximately nothing else in the movie, but again: feisty! 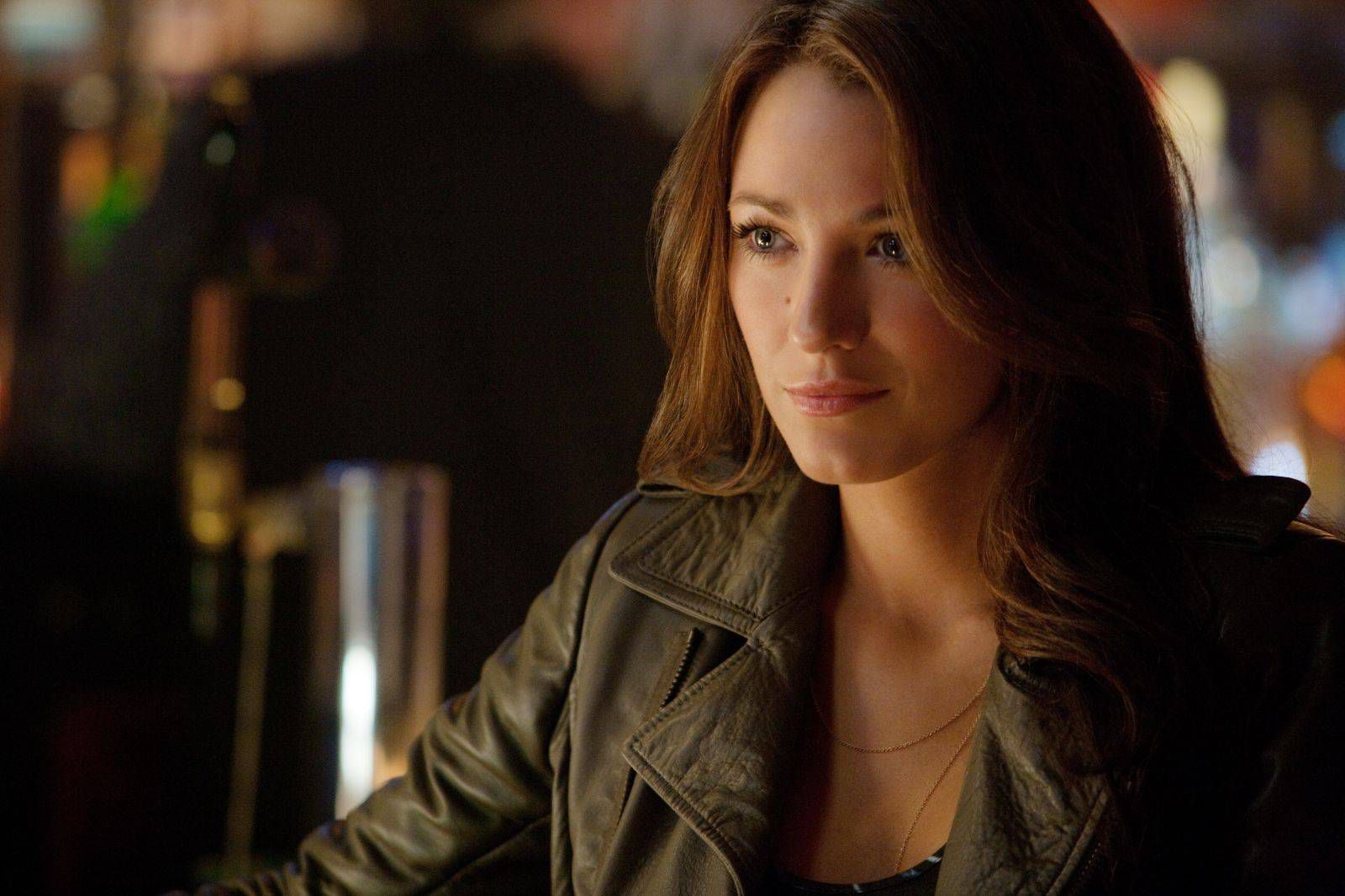 “Slapping the Joker” is what I call it when a female character does the equivalent of stomping her dainty foot, crying “You cad!” and smacking the villain’s face. (And yes, I realize Rachel did not literally slap the Joker. That’s not the point.) It has three key indicators:

Please note that I’m not talking about ladies who genuinely kick ass (your Elektra Natchioses and Misty Knights) or who rarely offer violence but kick ass in other ways (your Claire Temples and Pepper Pottses). Some female characters never raise a hand in violence (Cat Grant! Darcy Lewis!) but still manage to be complex, engaging individuals whose actions contribute to the forward motion of the plot.

A Slap the Joker Moment betrays a (likely all-male) writing staff that has absolutely no idea how to give a female character agency or a well-rounded personality. They know she can’t just be a shrieking damsel, though, so they give her one shining moment of completely pathetic and unsuccessful violence. Bam! Take that, Mr. Bad Guy! You’ve just been Strong Female Charactered!

Joy is a more complicated character than Rachel or Carol, largely by virtue of having thirteen hours to fill instead of two or four. But she still spends most of her time being trampled over by Danny and Ward and kept in the dark about secrets that concern her (as superhero shows are wont to do with women). And that moment in the elevator is frankly ridiculous.

Iron Fist has been dragged up and down the internet for its plodding pacing, stilted dialogue, and rampant racism, and rightfully so. But you can lay this particular failure at the door of many of its peers, from one of the most lauded films in the genre to one of the most reviled. And until superhero movies and television learn to write fully-realized women – or hire women to do so – I suspect the Joker’s gonna get slapped a whole lot more.