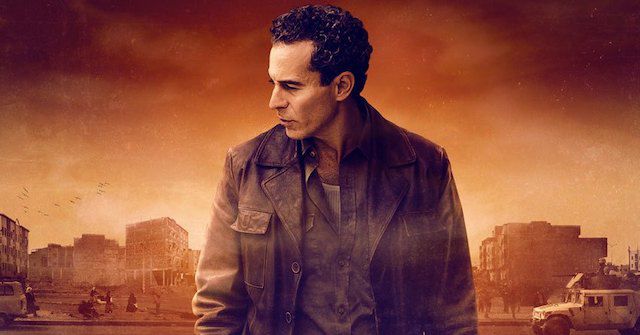 The excellent TV series Baghdad Central—based on Elliott Colla’s novel of the same name—is already available in the UK on Channel 4 and on Starz Play Arabia. It’s coming soon to U.S. viewers, arriving on Hulu in March.

The series is led by an Iraqi police inspector who struggles to keep his daughters safe during the U.S.-led invasion and occupation. Finally(!), an English-language TV series that centers Iraqi lives in Iraq.

After you watch, a few more books that center Iraqi perspectives and take place in Iraq post-2003: 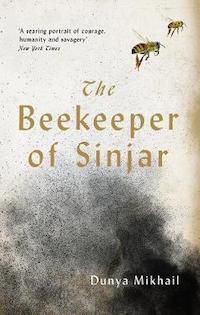 The Beekeeper By Dunya Mikhail, translated by Max Weiss and Mikhail

Iraqi poet Dunya Mikhail’s tremendously moving The Beekeeper was longlisted for the inaugural “Translated Literature” category of the National Book Awards. The book—part biography, part poetry, part memoir—is dedicated to Abdullah Shrem, who worked, between 2014 and 2016, with smugglers to rescue dozens of fellow Yazidis from ISIS captivity in Syria and Iraq.

The stories of these women, Mikhail said in an earlier interview, “occupied my mind even during sleep. In one of my dreams, I was kidnapped by creatures who came from another planet.” 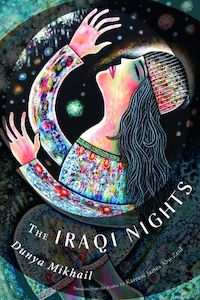 In an interview with ArabLit, Mikhail said: “The poem’s title is a reference to Scheherazade’s ability to save herself through stories in The Arabian Nights.

“I began writing the main poem of the manuscript after my niece was kidnapped while walking home from a market in Baghdad. She was pulled from her mother’s grasp, dragged into a car, and has not been heard from since. Some of the sections are visual, with illustrations that are inspired by the ancient Sumerian tablets. Although the setting is Baghdad, the theme is universal.”

Frankenstein in Baghdad by Ahmed Saadawi, translated by Jonathan Wright

This 2018 Man Booker International finalist sometimes sprawls a bit, but the premise is sharp: a junk dealer sews together a Whatsitsname from stray body parts. When it comes to life, it needs to keep finding fresh parts. There are a number of interesting characters and subplots, particularly that of the journalist Mahmoud al-Sawadhi. 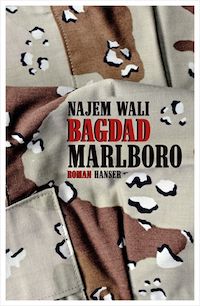 This book is about an American prisoner of war and his Iraqi captor. Both are alone at night in the desert. The Iraqi is a poet, and they exchange poems and cigarettes. The American has Marlboros and the Iraqi smokes Baghdad cigarette. Wali said, in an interview, “I wanted to depict how, when you are alone in the desert, you manage to forget the war and simply think about life.”

The novel won the Bruno-Kreisky Prize for a Political Book in 2014, in German translation. William Hutchins has translated two excerpts to English. One appeared on Brooklyn Rail; one on Words Without Borders.

Orbits of Loneliness by Duna Ghali

There is a deficit of Iraqi women’s work translated to English. Even among those few books that are translated (Inaam Kachachi’s American Granddaughter, translated by Nariman Youssef) are often already out of print. Duna Ghali’s Orbits of Loneliness describes the narrator’s relationship to her young child both before and after the U.S. invasion and occupation.

Acclaimed novelist Miral Tahawy chose it as one of the books by women she most recommends. Although the novel hasn’t been translated, an excerpt from the book, trans. Maia Tabet, is available on the Banipal website.

The American Granddaughter, by Inaam Kachachi, translated by Nariman Youssef

Judges shortlisted this novel for the 2009 International Prize for Arabic Fiction. It is, unfortunately, out of print.

The novel depicts the U.S.-led occupation through the eyes of an Iraq-American. She returns to her country as an interpreter for the U.S. Army. Although there are some stereotypical American characters, the depiction of the protagonist’s journey home is compelling. 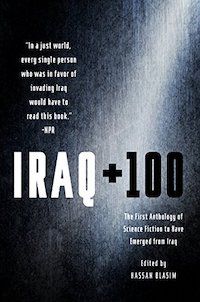 In one of my favorites, Ali Bader’s inventive “The Corporal” (translated by Elisabeth Jaquette), God sends a soldier named Sobhan back to earth by God. A U.S. soldier killed Sobham during the invasion; he’s given this reprieve thanks to a vexing backlog in the queue of souls waiting to enter the afterlife.

Way back in 2003, we learn, Sobhan secretly wanted the Americans to beat his army. After all, wouldn’t they turn Iraq into a paradise, much like the ones he’d seen on TV? (This idea recurs in other Iraqi fictions. In Azher Jirjees’s Sleeping in the Cherry Field, a friend of the narrator’s insists the Americans will turn Iraq into Vegas.)

Sobhan even carries a flower in his pocket to give to an American soldier. But a soldier shoots him in the forehead before he can get his hand out of his pocket. God sends Sobhan back to earth in 2103, and it shocks the soldier to find his country in such beautiful shape. Meanwhile, America has collapsed into sectarian war. 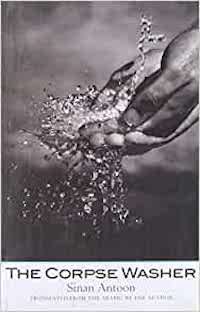 The Corpse Washer by Sinan Antoon, translated by the author

Jawad is born to a family of corpse washers, but doesn’t want to join the family business. He wants to be a sculptor. But when the 2003 invasion comes, Jawad returns to sculpting the dead.

The novel effectively de-centers Americans, as when a nameless soldier approaches and seizes a character’s camera. “Most of us were surprised, but we later realized that the presidential palace was just across the river. Now the Americans have occupied it and surrounded it with walls and checkpoints; our new rulers can live far away from us.” 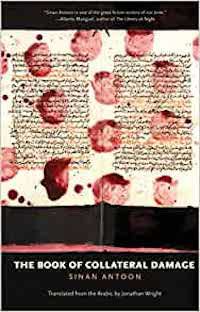 The Book of Collateral Damage by Sinan Antoon, translated by Jonathan Wright

Nameer is a young Iraqi scholar. He’s on his way toward a doctorate when a group of filmmakers hire him to document the 2003 invasion. Nameer meets Wadood, a bookseller trying to catalog everything destroyed by war.

In an interview about the book, Antoon said: “I imagine the terrible concept of collateral damage as a black hole that swallows up everything: houses, people, animals, trees. Everything that life is. The book is also about the possibility of archiving.  I tried to figure out how to write the story of a war through the figure of a crazy book seller, without taking anything out. But if you want to include everything that was destroyed only in the first minute of a war, you can never get past that first minute.”

War and Occupation in Iraqi Fiction by Ikram Masmoudi

For those looking for an overview of the Occupation in Iraqi fiction, this scholarly work looks at recent Iraqi fiction about war. Masmoudi is also currently at work translating The Green Zone, by Shakir Noori.

And a few short stories

“Don’t Put Your Elephant In Your Luggage,” by Mortada Gzar, translated by Katharine Halls

“Prisoner of War” by Muna Fadhil