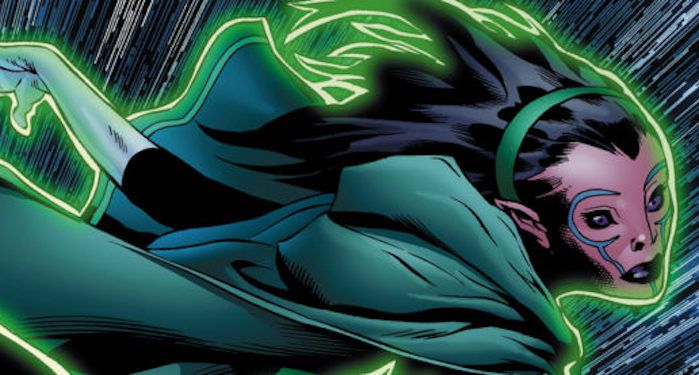 2020 also happens to be a year in which several DC characters are celebrating the 80th anniversaries of their first appearances. Next to hit the milestone is Green Lantern, who made his first appearance in All-American Comics #16 (July, 1940). Like Robin, Green Lantern has become legacy title, though the first person to use the title wasn’t a member of the Corps. That changed in 1959 when a Green Lantern ring found Hal Jordan. Since then, various Lanterns have flown around doing various Lantern things, and sometimes they hanging out on Oa, a rockin’ planet/police station, so the Guardians, AKA space police commissioners, can yell at them.

One of the things I love most about the Green Lantern Corp is that it’s what Starfleet always claimed to be: actual infinite diversity in infinite combination from squirrels to sentient planets. Nor do the rings take social or economic status into account when choosing their new new bearer; any one can be a Lantern if they’re worthy from a teenage boy to a planetary monarch.

Speaking of monarchs, allow me to introduce you to: 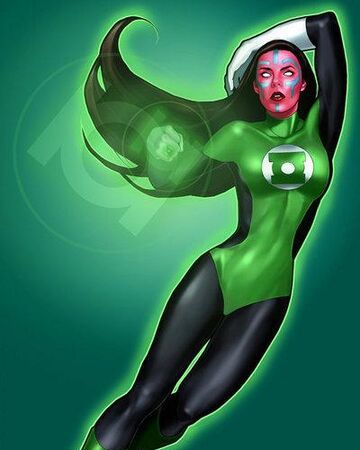 Interesting Lantern Fact: Iolande is the only Lantern who knew Soranik Natu was Sinestro’s daughter

It was actually Iolande’s brother, Ragnar, who first attempted to bring a Green Lantern ring to Betrassus’s royal family. Obsessed with acquiring the power of a Lantern ring, Ragnar was willing to do anything to obtain one, including murdering all of his rivals; one of his brothers, for example, and one of sector 1417’s Lanterns. Which is really very much the opposite of how one obtains a Green Lantern ring because murder makes you 80,000% not worthy. Caught in medias scelus by Guy Gardner (Sector 2814) and Soranik Natu (Sector 1417’s other Lantern), Ragnar was captured, tried, and executed by his father. Sector 1417’s other ring was given to Iolande.

As a Corps newbie, Iolande, used to the princess life, wasn’t great at taking orders, which annoyed the hell out of drill sergeant Kilowog. He did enjoy punishing her by giving her menial tasks and she did, eventually, learn a little something about playing nicely with the rest of the class. Until Kilowog handed her over to her partner, the aforementioned Soranik Natu, at which time Iolande put her bossy pants back on and the two butted heads, Natu complaining about Iolande’s “back seat ring slinging” until the duo lost their first battle. Losing battles being for sure not awesome convinced Iolande to listen to the more experienced half of their duo, and the two became not only a team but close friends.

At least until Iolande was called back to Betrassus after a mission and found her father dying. Just before expiring, he demanded she choose between her people and the ring. She refused, certain she could balance both responsibilities. Natu joined Iolande and offered to try to save the king. She was too late and Iolande blamed her for his death, causing a rift between the partners.

They did eventually sort out their differences (again), proven by Natu’s confiding in Iolande, and Iolande only, when she discovered she was Sinestro’s daughter.

After the king’s death, Iolande split her time between the Corps and governing Betrassus, planning to focus on the former, though in reality that wasn’t always possible; when Lantern business arose, though Iolande was eager to go, her security advisors often talked her out of attending personally and convinced her to send proxies to fight in her stead. She did participate in the final battle of the Sinestro Corps War and joined the team that tracked down the remaining yellow rings after the war. Iolande was also instrumental in saving injured Lanterns during  Blackest Night. Since then, Iolande has appeared only occasionally and/or incidentally, usually to further the stories of other Lanterns.

Iolande’s story wasn’t changed in any appreciable way by either the New 52 or Rebirth reboots.

The more you know, the more you’ll have to celebrate in July. And the Lady Lanterns definitely don’t get enough love. Still pondering our next B lister…