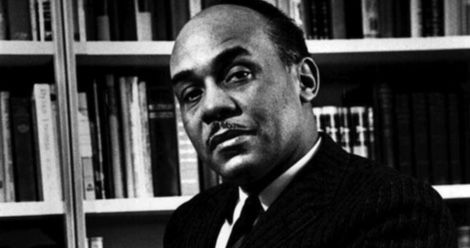 Invisible Man was one of the books that I saw come up a lot after the 2016 election, along with The Handmaid’s Tale and 1984. It was published in 1952 and remains extremely and sadly relevant when considering race in a society that still renders many of its people “invisible.” This was my first time reading it and I was captivated from Ralph Ellison‘s introduction (this is one book where you absolutely should not skip the intro!) all the way to its conclusion. Here are just a few of the many Invisible Man quotes I will be coming back to for quite some time.

“I am a man of substance, of flesh and bone, fiber and liquids—and I might even be said to possess a mind. I am invisible, understand, simply because people refuse to see me. Like the bodiless heads you see sometimes in a circus sideshow, it is as though I have been surrounded by mirrors of hard, distorting glass. When they approach me they see only my surroundings, themselves, or figments of their imagination—indeed, everything and anything except me.”

“What and how much had I lost by trying to do only what was expected of me instead of what I myself had wished to do?” 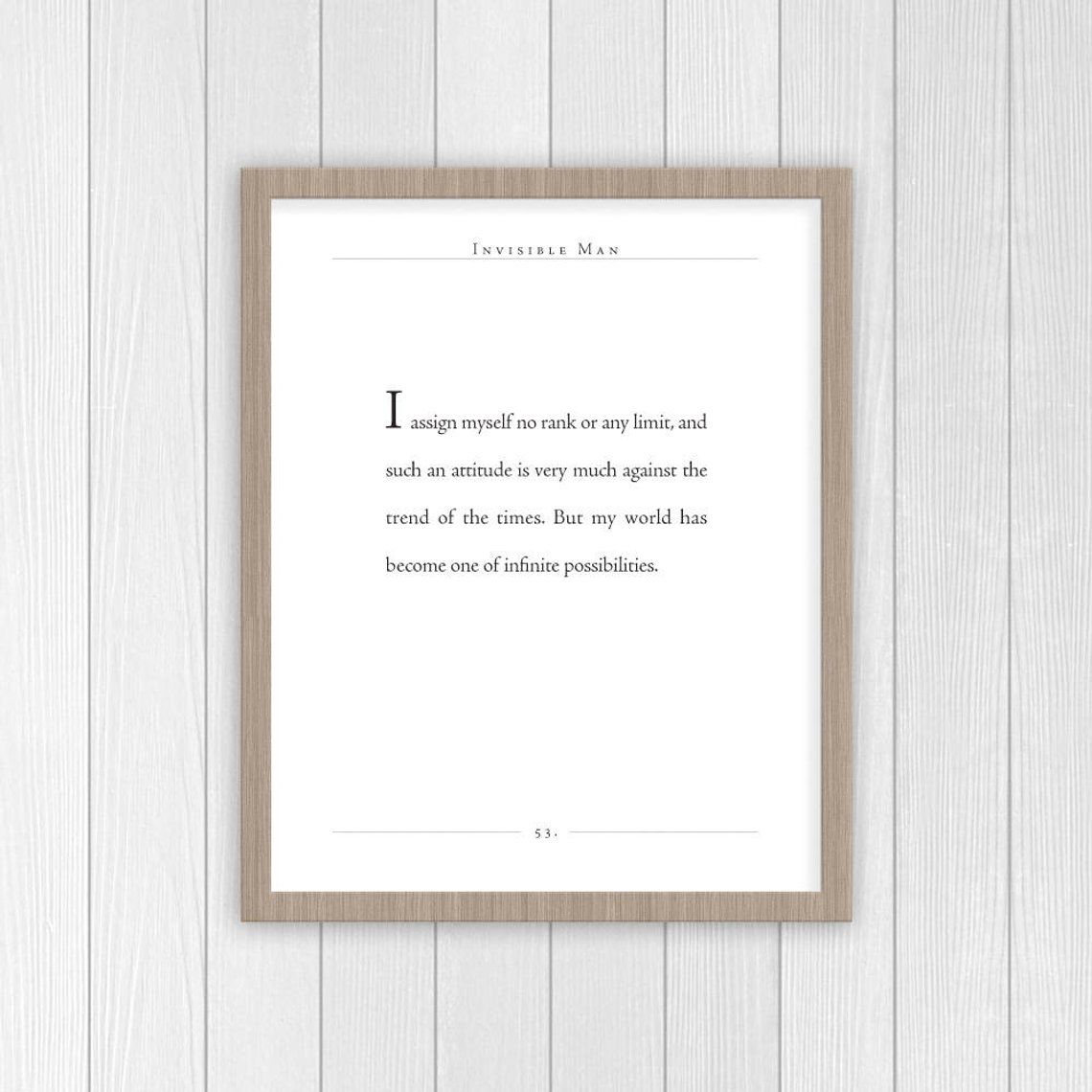 “Power doesn’t have to show off. Power is confident, self-assuring, self-starting and self-stopping, self-warming and self-justifying. When you have it, you know it.”

“I remember that I’m invisible and walk softly so as not awake the sleeping ones. Sometimes it is best not to awaken them; there are few things in the world as dangerous as sleepwalkers.” 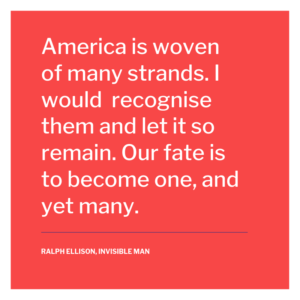 “I do not know if all cops are poets, but I know that all cops carry guns with triggers.”

“I am standing puzzled, unable to decide whether the veil is really being lifted, or lowered more firmly in place; whether I am witnessing a revelation or a more efficient blinding.” 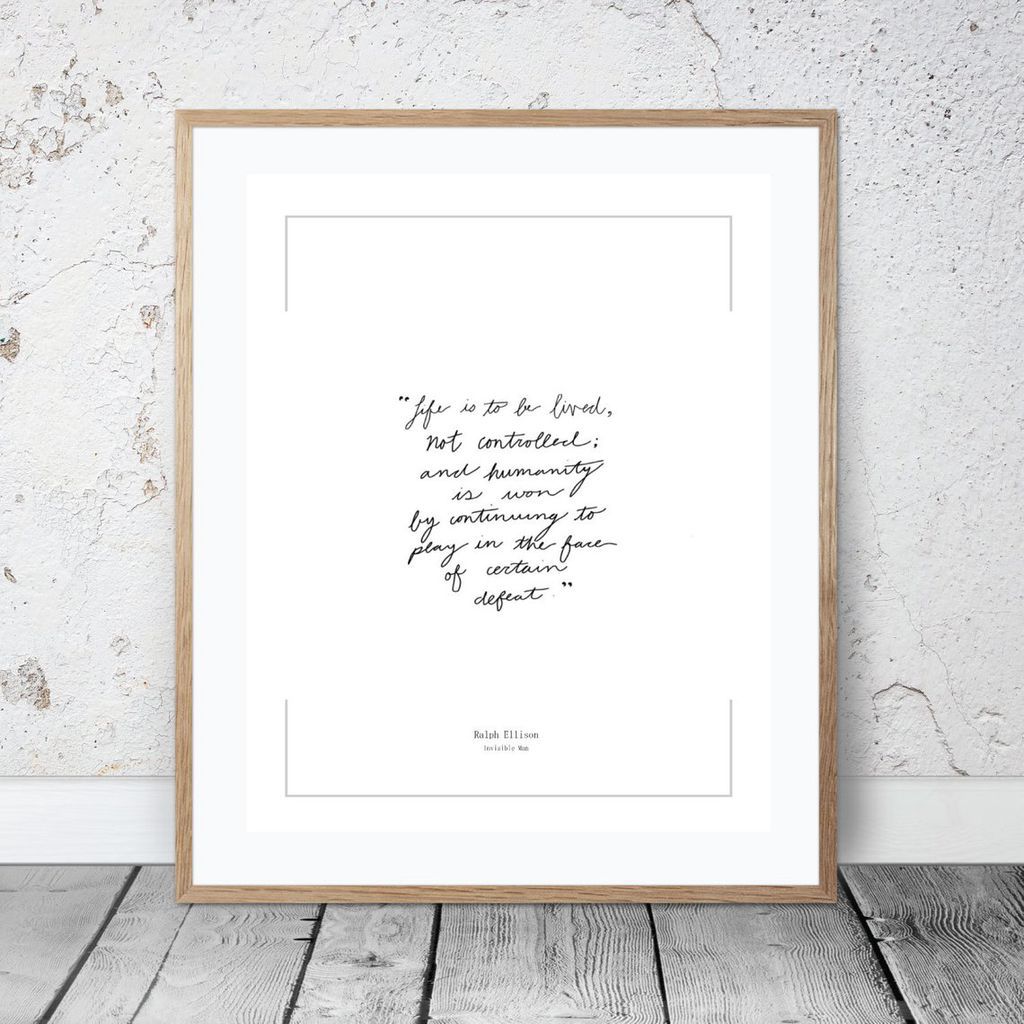 “Some things are just too unjust for words, and too ambiguous for either speech or ideas.”

“For now I had begun to believe, despite all the talk of science around me, that there was a magic in spoken words.”

“Here are the facts. He was standing and he fell. He fell and he kneeled. He kneeled and he bled. He bled and he died. He fell in a heap like any man and his blood spilled out like any blood; red as any blood, wet as any blood and reflecting the sky and buildings and birds and trees, or your face if you looked into its dulling mirror—and it dried in the sun as blood dries. That’s all. They spilled his blood and he bled. They cut him down and he died; the blood flowed on the walk in a pool, gleamed a while, and, after a while, became dull then dusty, then dried. That’s the story and that’s how it ended. It’s an old story and there’s been too much blood to excite you. Besides, it’s only important when it fills the veins of a living man. Aren’t you tired of such stories? Aren’t you sick of blood? Then why listen? Why don’t you go? It’s hot out here.” 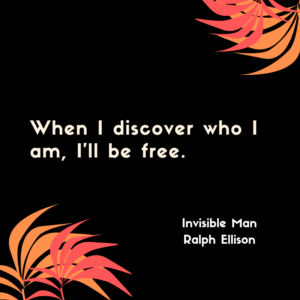 “The trouble is that there is little the dead can do; otherwise they wouldn’t be the dead. No! But on the other hand, it would be a great mistake to assume that the dead are absolutely powerless. They are powerless only to give the full answer to the new questions posed for the living by history. But they try! Whenever they hear the imperious cries of the people in a crisis, the dead respond. Right now in this country, with its many national groups, all the old heroes are being called back to life—Jefferson, Jackson, Pulaski, Garibaldi, Booker T. Washington, Sun Yat-sen, Danny O’Connell, Abraham Lincoln and countless others are being asked to step once again upon the stage of history. I can’t say too emphatically that we stand at a terminal point in history, at a moment of supreme world crisis. Destruction lies ahead unless things are changed. And things must be changed. And changed by the people.”

What are your favorite Invisible Man quotes?