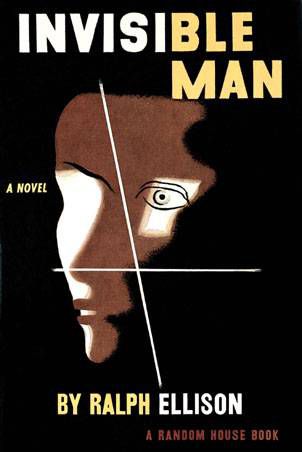 When the Randolph County Board of Education in North Carolina banned Ralph Ellison’s Invisible Man from school libraries, they got a lot of attention, both in the US and, it seems, abroad (there are reports that indicate that the Russian television news media picked up on the story). Negative press was likely a factor in their decision to revisit the issue, and on September 25, the board voted 6-1 to reverse the ban. This was after the publisher donated copies to be given away for free to students at a local bookstore and people were put on a wait list for the book at the local library. But let’s start at the beginning.

When the parent expressed concerns over whether or not the book was appropriate for an 11th grade reading list, board members were each given a copy to take home and read before making a final decision. It is unclear whether or not they actually did so before they voted, 5-2, to remove the book from the shelves. Based on their commentary regarding the decision, I would guess that at least two of them didn’t.

One board member said it was a “hard read.” My experience as a teacher has taught me that this statement is often code for either “It was soooo long, and I just couldn’t do it” or  “The book made me think things, and so I had to stop reading.” The comment that really got me, though, was when one board member said that he “couldn’t find any literary value in it.”

But then I stopped. What exactly constitutes literary merit?

Note: The first article I read had the quote re: “literary value” paraphrased to say “literary merit,” which is the term more commonly used, so that’s what has stuck in my head. The words “value” and “merit” are pretty much interchangeable (a fact supported by Merriam Webster).

It’s really hard to nail down a definition of literary merit. For a really, really long time no one did. About the only thing that anyone could agree on was that it was tied to “aesthetic value.” This, obviously, did nothing to settle the debate. During the 1957 obscenity trial for Allen Ginsberg’s Howl, a definition was created, not exactly willingly, by author Walter Van Tilburg Clark. He boiled down the concept of “literary merit” to two things: staying power and sincerity. I think those are two pretty fair criteria by which to judge. They are relatively objective, though not always easy to gauge adequately. But let’s try.

We’ll call this the Howl Challenge, in honor of the aforementioned obscenity trial. It doesn’t hurt that the word “challenge” has dual significance, either. When judging a work on its literary merit, ask these two questions:

1. Does the work have staying power?

In the case of Invisible Man, the answer is a resounding YES.  As reported in Asheboro, North Carolina’s own Courier-Tribune:

The novel has appeared 28 times (more than any other novel) as a free response option on Question 3 for AP Literature and Composition Examination between 1971 and 2013; it has been listed as a choice most recently the last six years in a row, according to school officials.

It won the U.S. National Book Award for Fiction in 1953 and was acclaimed by a 1965 Book Week poll of 200 prominent authors, critics and editors as “the most distinguished single work published in the last 20 years.”

It was named one of the “Books that Shaped America” by the Library of Congress.

This will not be an easy question to answer for a book that has only recently been published, but convincing arguments can be made.

2.  Was the author sincere?

First, let me say that I don’t love the phrasing for this question, so if you have ideas on how to better ask it, please share.

Ralph Ellison was about as sincere as they come. Invisible Man is about the search for identity – specifically a black man’s search for identity in the 1930s. It contrasts the various types of racism that were in play in the North and the South. It talks about incest and communism. It explores what it is to be invisible to society. It is honest. It is true. And while it is a sad and disturbing book, it is also a beautifully written one.

So, does Invisible Man “howl”?

Randolph County Board of Education, if you’re going to ban a book for its lack of “literary value,” make sure that the book is actually lacking in said value. Invisible Man passes the Howl Challenge, a test that has legal and historical weight behind it. The California State Superior Court did, after all, find that Howl had “redeeming social importance” in part because of the testimony that Clark and other authors gave during the trial. I’m sure a court could be persuaded to say the same about Invisible Man if it had come to that. I’m glad that you understood that. Or, as board member Gary Cook admitted: “We may have been hammered on this and we may have made a mistake, but at least we’re big enough to admit it.”

Invisible Man needs to be on the shelves. And it needs to stay there.