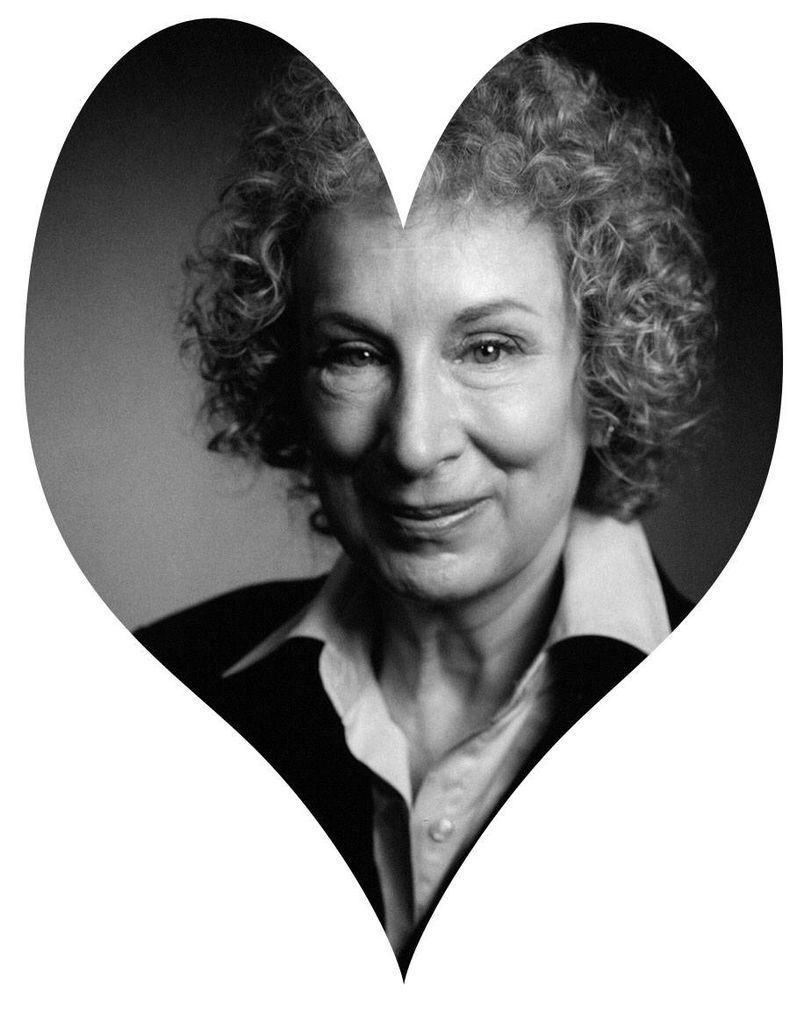 I’m almost certain this will devolve into a love letter, but I’ll try to show some restraint.

I’ve been planning this piece for a while—as in planning on writing it, not actively considering what I’m going to say—and we’re finally down to the last few days before the deadline, so it has to get done. Eventually, I’ll have to write words for public consumption about Margaret Atwood, easily my favorite living writer, and that there’s even a small chance she might stumble across this piece on the vast World Wide Web is so intimidating that it makes me downright bashful. An introduction can only go on for so long without looking like stalling.

Since deciding on the topic of this post a few weeks ago (thanks, Rebecca, for letting me write on this), I’ve been reading some of the press Atwood has done to promote MaddAddam, and this bit from The Telegraph in particular caught my eye:

Do the words “national treasure” strike terror in her heart? “I think more terror is struck by the word ‘icon’,” she says. “All these things set a standard of behaviour that you don’t necessarily wish to live up to. If you’re put on a pedestal you’re supposed to behave yourself like a pedestal type of person. Pedestals actually have a limited circumference. Not much room to move around.”

I started to worry about my choice of topic. Does the fact that I’ve been so intimidated to write about her (not just for Book Riot, but always) indicate that I’ve been doing just that? I mean, it’s hard not to. Just read this, from Alias Grace:

While he writes, I feel as if he is drawing me; or not drawing me, drawing on me—drawing on my skin—not with the pencil he is using, but with an old-fashioned goose pen, and not with the quill end but with the feather end.  As if hundreds of butterflies have settled all over my face, and are softly opening and closing their wings.

But underneath that is another feeling, a feeling of being wide-eyed awake and watchful.  It’s like being wakened suddenly in the middle of the night, by a hand over your face, and you sit up with your heart going fast, and no one is there.  And underneath that is another feeling still, a feeling like being torn open; not like a body of flesh, it is not painful as such, but like a peach; and not even torn open, but too ripe and splitting open of its own accord.

And inside the peach there’s a stone.

And this, from The Penelopiad:

Amazing. Beautiful. Worthy of a pedestal, but the lady herself is right: pedestals are unfair to those we stick upon them.

In undergrad and graduate school, I never studied Margaret Atwood. The program I was in leaned heavily to the British Isles and the good old US of A, so Canadian literature made few appearances on the syllabi for my classes. I first became familiar with her poetry as a teenager; convinced I’d be single forever, I bought and adored a book called The Hell with Love. “You Fit into Me” was the first poem I memorized of my own accord. I thought those snappy lines were completely genius and made them the slogan for my love life until I met my now-husband.

When I read Oryx and Crake, I fell in love with her language. When I tried to formulate thoughts for book journals and in letters to friends, they boiled down to, “She’s just. so. good.”

I’m intimidated to write about her because inevitably, I fall victim to comparison. And, though my lit-student days are well behind me, part of me worries about saying the wrong thing since my ideas about Atwood have never been colored or confirmed by peers and professors. I’m out here on my own with my thoughts, and while it feels silly at this age to admit it—adulthood and that—writing is the best place for the truth.

And I’m intimidated because she writes what I want to write. I read her words and want them to be my words, so I eat them. I write them down and gaze lovingly at them. She is equally capable of the emotional and the rational, and I strive to find that balance when I see a character or plot point (or a Book Riot piece) of my own mired in too much feeling (like this one?) or frozen out by too little.

I’m intimidated, in short, by my own loving, gentle envy.

To conclude: Ms. Atwood, I don’t mean to put you on a pedestal, and I don’t hold you to pedestal standards. Still, I can’t help but stand in awe of everything you’ve created.