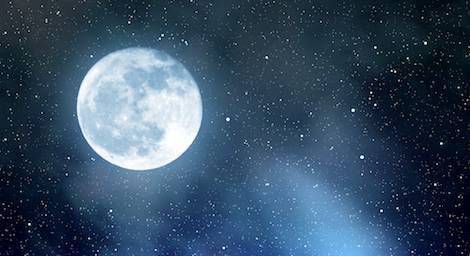 International Observe the Moon Night is October 8. This is a day I had never heard of until I saw it scroll past on a friend’s Facebook the other day. But of course I was immediately intrigued. NASA! Space! The setting of some of my very favorite novels and movies and TV shows! Honestly, how could I not have been stoked to learn more about it?

Scientists who study the moon specifically are called selenographers, from the Greek moon goddess Selene. Right away, that’s almost enough to make me want to go back to college. Just imagine the interesting cocktail party conversations! “What do you do for work?” “Oh, I’m a selenographer.” It’s too bad I can’t count past ten and could never hope to pass the math it would require. I have literature degrees for a reason. The word is beautiful, though. Like the moon.

The moon has been our constant companion, and it is clear that our fascination with it is nothing new. Anthropologists believe that the cave paintings at the Lascaux caves in France depict the earliest lunar calendar. It is 15,000 years old. Our distant ancestors spent a good deal of time looking upward and wondering, as many of us still do, what was out there, charting and learning and expanding their knowledge of the place they call home. I don’t know any word for that except humbling.

Some interesting moon facts: According to NASA.com, the moon was originally part of earth but at some point in our past, we got clobbered by something big and it knocked a bit off. That bit eventually turned into the moon. The moon weighs 81 quintillion tons. I literally have no idea how many zeroes that is. It would take 135 days to drive to the moon at 70 mph. I like road trips and all, but Jesus. Maybe these are all things everyone else already knows, but like I said. I have literature degrees. I love science and space stuff, but there is a ton I don’t know. Including what the fuck a quintillion is.

The best thing, at least to me, about International Observe the Moon Night is that it invites people all over the world, wherever they are, to be united for a moment in a peaceful endeavor. How amazing is that? I hope that everyone on Earth does, for even just a few minutes, look up at the moon all together. Maybe there will be even just one breath, one heartbeat, when no one dies or fights. Just a space of time when we all just stop and look up at the moon in the night sky and breathe together.

So, the International Observe the Moon Night has reminded me to look up at the moon, our nearest neighbor, and hope.

In honor of our moon, my list of books for the night is below:

The Value of the Moon by Paul Spudis

The Sky Is Not the Limit: Adventures of an Urban Astrophysicist by Neil deGrasse Tyson, one of my favorite astrophysicists. His Star Talk Radio is a podcast I listen to religiously.

Almost Heaven: The Story of Women in Space by Betty Ann Holtzmann Kevles. OK, so it’s not the moon, per se, but finding adult science books about the moon is hard. Apparently it’s not that sexy anymore. Women in space are rad, though.

And since the moon is the setting of some super fun books, here:

The Moon is a Harsh Mistress by Robert A. Heinlein

The Lathe of Heaven by Ursula K. Le Guin

And because it’s the moon, and it’s night, and it’s fun, the requisite werewolf book: