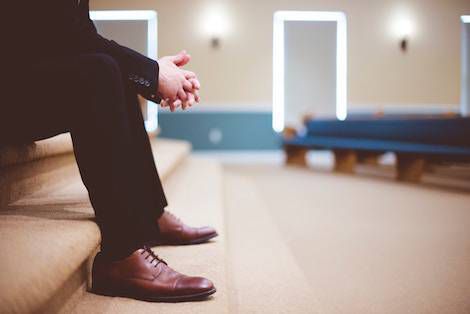 In an effort to expand my reading habits and tick a box off the Book Riot Reading Challenge this year, I started checking out all of Kazu Kibuishi’s excellent Amulet graphic novels from the library.

I was feeling great about finishing all seven books in the series until I neared the end of book seven. The story wasn’t anywhere close to wrapping up – new characters were being introduced, huge plot twists were developing. As I turned the last page, I realized I made a huge mistake. A quick Google search instantly confirmed: Amulet has nine books, not seven. The last two just haven’t been written yet. That’s what I get, I guess, for not doing my research ahead of time.

Now you’re telling me I have to wait who knows how long to read the next one?! I’m with Tom Haverford on this:

My wife had a similar problem recently. She requested a book from the library that was the second in a series she started. The book took over – *gasp* – five days to come in. In the meantime, she had to read other books while waiting for her sequel! Speaking as someone for whom instant gratification is a way of life, I sympathized. When you’re really involved in a story, having to take yourself out of that world and into another one, however briefly, can be jarring. And yes, that often applies to reality as well.

The age of on-demand entertainment has ruined us (I’m speaking of us as a society collectively here, not just me and my wife, okay?!). Now that virtually every episode of any TV show is binge-able, and movies often become available to stream the same day as their release in theaters, the interminably long wait time in the publishing world can be agonizing.

I witnessed a little bit of this at BookCon, where people lined up for hours just for the chance to maybe get an advanced copy of a book they’d been dying to read. How long have Game of Thrones fans waited for their next chapter?

Who still remembers the fervor of Harry Potter midnight release parties, as rabid fans packed bookstores in costume, counting down to midnight?Remember having to wait several years for each installment? While it helped raise anticipation, I enjoyed Harry Potter much more when I re-read all seven back to back two years ago. I just felt I was able to immerse myself in the world more fully that way.

While I’ll be the first to admit that instant gratification doesn’t do anyone any favors, I do think there’s an argument to be made for the benefit of being able to stream right through an entire story, start to finish. Especially when it’s a really great, well-written book series. In many ways, I’d rather binge a book series than a TV show. Books make fewer demands on my time since I can read at my own pace. I feel less like I should be covered in Doritos dust and Oreos when I binge on books.

I’m not sure if I would have waited to read Amulet until all nine books were out. I probably would have. I’d already waited nine years – another two couldn’t hurt. There would have been plenty of other books to binge on in the meantime.

I’d love to hear from you – are you able to delay gratification and read book installments as they come out? Or do you prefer waiting until you can read an entire series at once? What’s your favorite binge-able book series?