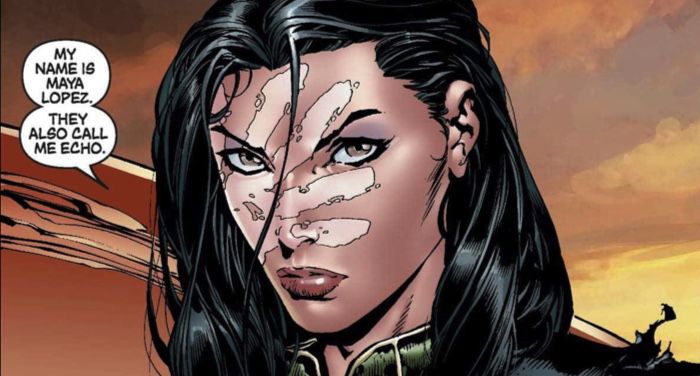 A large chunk of my childhood resides in regional north Queensland, Australia, where comic books were limited to the small collection found at the back of the news agency. During the 1980s and 1990s, we had Marvel, DC, Archie, and The Phantom. It was hard enough finding a friend with the same geeky interests but it was even harder for my mate, Jasmine. She struggled to balance her fandoms with her Indigenous heritage. The few Australian superheroes (and supervillains) were cringey enough. The Indigenous characters were even worse. Yet, Jasmine was right there at the counter, buying her copy of Uncanny X-Men #229 because it had Gateway, an Indigenous Australian. It wasn’t the best example of her culture, but Jasmine’s words stuck with me for a long time: “Right now, I’ll take what I can get of my people in comics. And then one day, we’ll see real Indigenous Superheroes.”

Who Are Indigenous Peoples?

Colonisation has a lot to answer for. Fellow Book Rioter Senjuti wrote a brilliant article discussing the importance of decolonising your bookshelf. Most importantly, she discussed why. The dichotomy of storytelling in colonised areas has left damaging (and misleading) impressions of what life was really like. Senjuti uses the example of Bengal in India, where characters in British novels ‘sipped tea and nibbled at desserts sweetened with sugar introduced to the western world through slave trade and exploitation’. Seriously, if you haven’t read Senjuti’s article, go do so right now.

The history of Indigenous Peoples is even more complex. Some of us may identify as ‘native’ to our area, however, this doesn’t automatically make us Indigenous. Indigenous people are the custodians of unique cultures and relationships with people and the environment. They have a historical link with those who inhabited a country or region before people of other cultures or origins arrived. Each Indigenous culture is different with distinct languages, beliefs, social systems. The one thing all Indigenous cultures have in common is how they are marginalised, disadvantaged, and left vulnerable by those who have oppressed them over the years.

And their earlier representation in comic books has sucked.

Who Was the First Indigenous Superhero?

The earliest Indigenous superhero I can find is Patoruzú, a comic character created in 1928 by Dante Quinterno and published in the newspaper Critica. Patoruzú is still one of the most popular heroes of Argentine comics; originally a side character in another series by Quinterno, his popularity soon demanded his own story. Patoruzú is the last descendant of the fictional Tehuelche dynasty the Patoruzek, based on the Indigenous people of Patagonia. Many Tehuelche People today reside along the southern Argentina-Chile border.

Patoruzú is known for his naivety and childlike innocence. However, this was not a ‘sweet characteristic.’ It was unfortunately typical of the colonial narrative of Indigenous people ‘needing to be educated like children’. Patoruzú wasn’t the worse portrayal of an Indigenous superhero but it did set a low benchmark for future characters to come.

For many years, Indigenous superheroes were relegated to the stereotypes of shamans, trackers, and quiet super-strength. Indigenous characters were seen with tentative awe, masked by the combined fascination and fear of their environmental connection deeper than any colonist could imagine. They were often powerful beings who must be restrained or controlled. Compare this with the predominantly white counterparts, allowed to live with ‘Native people’ and gain all of the benefits by association (read: appropriation). I tend to think of Storm from Marvel’s X-Men, who was a member of the Indigenous people of Egypt. As an X-Man, Storm was constantly ‘managing’ her mutant abilities. These same powers gave her an unbelievable connection with the weather and environment but were seen as too dangerous for the people around her.

Thankfully, times are changing. There is a growing selection of both Indigenous superheroes and Indigenous creators. Our Indigenous communities are once again seen for their individual culture and characteristics. In Australia alone, there are over 500 different First Nations, many with distinctive cultures, beliefs, and languages. In the United States, almost 600 Nations are federally recognised. As recognition and respect continue to grow, so do the number of positive and supportive characters to represent the communities.

Disney’s new Hawkeye series already has a spin-off planned for Echo (AKA Maya Lopez), portrayed by Alaqua Cox. Maya Lopez is both Latina and Native American of the Cheyenne Nation. She first appears in Daredevil Vol.2 #9 (Dec 1999), with her amazing backstory detailed in Daredevil: Echo – Vision Quest (#51–55). Maya was born deaf, one of the very few deaf comic characters. At a young age, Kingpin killed her father and adopted Maya, essentially erasing her Native American heritage. Maya later returns to her father’s reservation to rediscover her heritage and her path forward.

I am so excited to see Echo in action, with her physical mimicry and her vision quest. Reaffirming her cultural heritage was a significant step in her story, making her one of the best Indigenous superheroes. A good start would be to include Echo’s use of both American Sign Language AND a Native American system developed for communication between nations speaking different languages. For more great storytelling on Echo, check out Marvel’s Voices: Indigenous Voices #1 featuring ‘Echo’ written by Rebecca Roanhorse with art by Weshoyot Owingeh.

There was a lot of support when Tom Taylor and Bruno Redondo created Thylacine for Suicide Squad Vol.6 #1 (Feb 2020). She is exactly the kind of character my friend Jasmine would have loved: strong, smart, does not tolerate fools. However, I can go you one better: Cleverman created by Ryan Griffen, co-written with Wolfgang Bylsma and art by Emily Smith.

Griffen aimed to create Indigenous superheroes as exciting as any mainstream but grounded in his Aboriginal heritage. Cleverman is a sci-fi/fantasy with an alternative Australia near future. A new Aboriginal group emerges from Dreamtime, ‘The Hairypeople’. They are stronger and faster than humans and feared by the government. The Cleverman is born in every generation, a conduit between the Dreamtime and the present, and responsible for the safety of The Hairypeople. The main story centres on two estranged Gumbaynggirr brothers, in conflict over the role and responsibilities of the “Cleverman”.

Griffen has woven his own heritage with shared stories across Australia to create an Indigenous superhero with real substance and sincerity. He has created a contemporary setting, directly addressing the racism and abuse experienced in our Indigenous community every single day. This series will break your heart but it will also spark a passion for more Indigenous Australian storytelling.

It’s hard to pinpoint exactly which Indigenous culture influenced the creation of Shuri because there are so many varying and unique influences across the entire Wakanda ethos. Suffice to say, Shuri definitely one of the best Indigenous superheroes, thanks to Nnedi Okorafor.

Okorafor is a Nigerian American writer who weaves her dual Nigerian and American heritage into all of her Africanfuturism writing. She blends iconic images and traditions of African culture into fantastical stories relatable in any contemporary setting. Particularly, Okorafor includes mostly Nigerian and often Igbo culture in her stories; the latter being indigenous to West Africa.

The character Shuri was originally created by writer Reginald Hudlin and artist John Romita Jr, but it is Okorafor who gave her depth and substance in the solo series Shuri (2018), with artist Leonardo Romero. Okorafor tells the story of Shuri as she takes on the responsibility of the Black Panther in T’Challa’s absence. Shuri is not like other superheroes; there is no restraint on her ‘Indigenous powers’. Instead, Okorafor gives Shuri room to explore her cultural identity, embrace her roots, and push the boundaries of her skills and powers as the Black Panther.

The ancient clans of Caledonia had existed thousands of years before the arrival of the Romans. Today, we call this same area “Scotland”. The most commonly known Indigenous people are the Picts, however, they were one of many tribes of Caledonia. English history often portrays the Caledonians as violent while Indigenous history recalls them as highly protective against invading forces; it really does depend on who is writing the history text. The creation of Caledonia (the character) draws on both perspectives. Caledonia is first seen in Fantastic Four Vol.3 #9 (July 1998) written by Chris Claremont and art by Salvador Larroca.

As the last remaining Scot in her dimension, Caledonia hails to her Indigenous heritage and embraces the strength and determination of her people. While her dependency on her Sword of Might is a little cringe-worthy, Caledonia is highly protective of Franklin Richards and the Fantastic Four. This to me is her redeeming factor akin to other Indigenous superheroes, changing the usual ‘violent’ depiction of Caledonians into one of fierce loyalty and protection of loved ones. Having grown up on family folklore from Scotland, it is nice to see a more sincere portrayal.

Once again, the sidekick steals the show! Asirpa is one of the two main characters in the manga Golden Kamuy created by Satoru Noda. The story features Saichi Sugimoto, a veteran of the Russo-Japanese War in 1904. Sugimoto is on a quest to find a hidden fortune of gold, in part to provide for the widow of his dead comrade. At the beginning of his journey, Sugimoto meets Asirpa, a young Ainu girl. The Ainu are an East Asian ethnic group indigenous to northern Japan and some nearby Russian territories. It has been an overwhelming plight of the Ainu to attain any recognition by the Japanese government, with official recognition finally received in 2019.

Asirpa’s driving force is her desire to protect the Ainu and preserve her people’s independence. This is also the desire of the creator, Noda, as shown by the deep reverence for Ainu culture and language in the manga. The Ainu language in the story is supervised by Hiroshi Nakagawa, an Ainu linguist from Chiba University. It is impressive to see both character and creator fight so determinedly to protect the Indigenous culture, together with the Ainu people.

There are other Indigenous characters in our favourite comic books, though not always depicted accurately and respectfully. However, when we support and encourage Indigenous creators, we will also see more Indigenous characters. Right now, I would love to see more Polynesian and Maori superheroes. Taika Waititi gave us a taste with Korg in Thor: Ragnorak. I would love to explore more of the Harappa culture, indigenous to India. And you cannot tell me Anna and Elsa are the only representation of Sami culture?!? As awesome as these ladies are, there are more stories in the Arctic Circle.