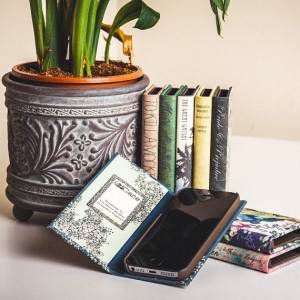 Apologies for the lateness of this one, I had to take a break from writing during October.

First up this week is a friend of mine, and someone I’ve done pitch work with, G Pike’s ongoing epic Title Unrelated. Unrelated to what I have no idea, everything I guess! I came across Title Unrelated years before I got to know G on Twitter, and it was weird then working with them later. It took me a while to realise where I knew their artwork style from.

“Three adopted sisters (Erin, Twapa and Mara) and their best friend Ciaran befriend a mysterious stranger named Xe who has no memory of his past. While visiting her cousin’s family estate in eastern Europe, Mara is kidnapped and her family and friends travel through a gateway to a parallel world in search of the missing girl… ”

The story unravels slowly and if you didn’t know about the parallel world bit above you might be taken by surprise at the sudden shift from what initially reads as a contemporary webcomic to something much bigger, stranger and fantastic. G has real skill when it comes to depicting emotions and you get dragged in by what the characters are experiencing. The artwork progression from the early work to the current is a huge step upward.

Which makes sense when the comic started back in 2011 and it’s still running today. Title Unrelated is a diverse comic too, with LGBT and differing ethnicities; it also includes truly non-binary characters witch is rare in comics. Be prepared to commit to the long haul, Title Unrelated is long and you’re not going to want to stop reading until you catch up.

Next up is Ethan Kocak’s Aztec-twisting Black Mudpuppy. Which in his own words “This is the story of Xolotl, a former Aztec god of the dead, brought back to life by inhabiting the body of an axolotl salamander. Along the way, he befriends nerds, blind chihuahuas and fights Nazi dinosaurs.” Black Mudpuppy is ride, I mean Hitlersaurus – where else do you get one of those! Oh and mudpuppy is a term for a salamander.

The demoted god Xolotl is given a chance to redeem himself and recover godhood by performing good deeds for mortals. With his rebellious attitude, that could take some time. Black Mudpuppy starts out like many webcomics, a little rough but Ethan improves in quality fast and the later strips are stylish and really neat to look at.

If you’re looking for something different – you’ve found it. I can honestly say that this strip is unique. It regularly goes off on tangents and the humour is all pervasive. I challenge anyone to read this comic and not laugh out loud. You might find at first that it takes a little time to warm to but Black Mudpuppy is worth the initial investment as it grows in quality and complexity nicely.

Pretty soon you’ll find Black Mudpuppy is in your regular webcomic rotation and you look forward to each one.

Vol Read: A lot, but not managed all yet
Age Rating: 10+
Updates: Weekly
Where: https://www.blackmudpuppy.com
By: Ethan Kocak