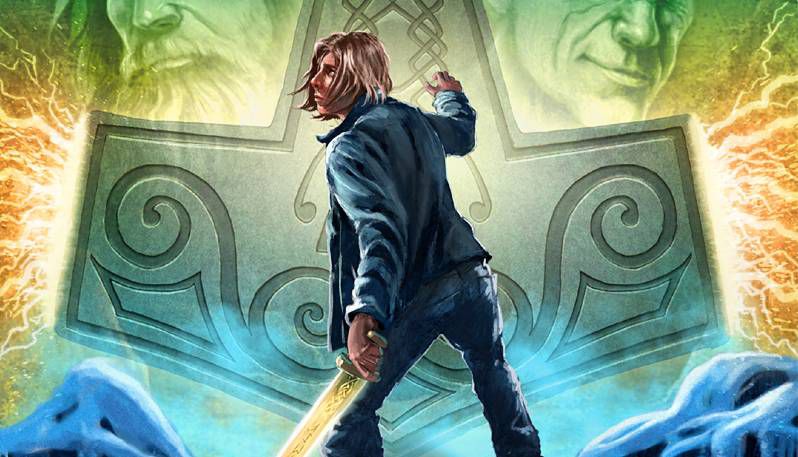 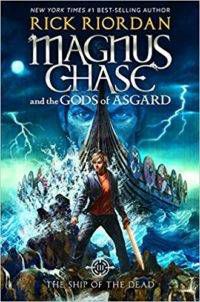 Magnus Chase and the Gods of Asgard‘s Alex Fierro has never been accepted. As a daughter of Loki, they are despised by the divine side of their family. They are disavowed by their step-father after they refuse to follow the career path he has chosen for them. As homeless teenager, they are disdainfully dismissed and as a gender fluid individual (literally), they are misunderstood and maligned.

It isn’t until Alex dies and goes to Valhalla they find acceptance.

And even there, the road is a difficult one.

Being different from the accepted norm in any way is difficult; being misunderstood on the basis of that difference even more so. The two combined can be a seemingly insurmountable obstacle to a happy life.

Yes, the Magnus Chase and the Gods of Asgard novels are works of fiction but one of the points of reading fiction is to find a thing missing from our own existence; to take comfort in its possibility, even if that possibly is couched in myth and in pompous, impossible Norse gods; to realize that what we want, what we need, is something others are searching for as well.

In the novels, Alex finally finds acceptance and gifts readers with the understanding of how important that acceptance is to any being. To all beings.

Alex finds acceptance as a sibling: Samirah Al-Abbas hates the fact she is a daughter of Loki. She is a devout, hijabi Muslim who fasts for Ramadan, no matter the difficulties it presents on a long, arduous quest. She is a fianceé, very much in love with her arranged intended, otherwise traditional in their relationship (they haven’t ever held hands, let alone kissed). She is a Valkyrie and as devoted to that role is she is to her faith and her secular studies.

Despite all of this, or perhaps because of it, Samirah loves her half-sibling Alex as devotedly as she does everything else and she loves Alex for who they are. She includes them in family gatherings such as Eid, has taken their advice on training to defeat Loki, and has assisted Alex on quests. Samirah has made Alex a part of her life, no questions, no hesitations.

As a friend: it is telling that the cast of the Magnus Chase books takes far more issue with Alex being a daughter of Loki than with them being gender fluid which, in fact, isn’t an issue for Mallory Keen, T.J, Gunderson, Blizen, nor Hearthstone or Magnus at all. It’s an adjustment for Magnus in that he, lacking the same familiarity with the Norse cosmos when his journey begins, isn’t always sure which gender Alex is expressing at a particular moment, but his doubt comes from wanting to get it right and not because he takes issue with Alex’s fluidity. Other than that, it comes up only when someone else makes noise because this crew is not about to allow some ignorant jerk to waggle his finger at a member of their squad.

As a partner: Magnus is a straight male who has wrestled a bit, from his own perspective, with what Alex’s gender fluidity means for a potential romantic relationship between them. And that’s fair. He’s done it respectfully and carefully, considerately, and never, ever suggested Alex choose for his sake. His conclusion? Riordan, in Magnus’ voice, says it better than I ever could:

I’ll be honest. A small part of my brain thought, Alex is male right now. I have just been kissed by a dude. How do I feel about that?

The rest of my brain answered: I have just been kissed by Alex Fierro. I am absolutely great with that.

I’m bi. A lot of people have a hard time with that, especially since I ultimately ended up partnered with someone who happens to be male. I educate where I can and endure where I can’t. That said, I can’t imagine how difficult it must be to come out as gender fluid or non-binary. People have, at least, a current world-view frame of reference for bisexuality, whereas gender fluidity and non-binary are new concepts for many folks (despite numerous mythological/historical examples—look no further than Poetic Edda as regards Loki’s gender fluidity and click around on this map from Independent Lens to find other examples of gender-diversity in mythology, the ancient world, and modern culture—some of the comments express concerns about the terminology but it seems a good starting point).

If only humanity moved at the speed of fiction.

Alas, we are, as a species, glacially slow to change.

If you’ve been looking for some fiction to give you hope, however, I urge you to seek out Rick Riordan’s Magnus Chase books.

If you’re looking for acceptance in this world?