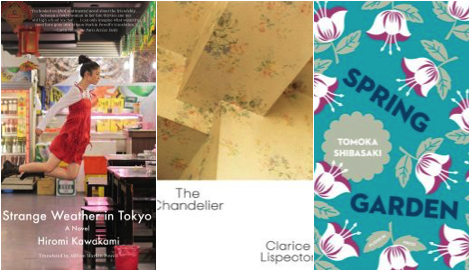 My inbox/outbox this week is very in line with my wheelhouse—it’s all international literature written by women! It’s been an amazing week of reading. Everything I picked out was gorgeously written and engaging. Here’s the final list of what I picked up this week, what I read, and what’s in my queue. 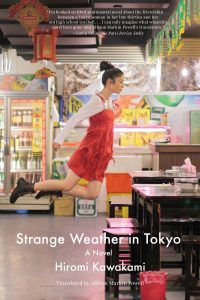 I’ve been on a Hiromi Kawakami kick lately—I just finished Manazuru and Record of a Night Too Brief—and I can’t wait to start this! Shortlisted for the Man Asian Literary Prize, Strange Weather in Tokyo is a sweet and poignant story of love and loneliness. Tsukiko is 38, lives alone, works in an office, and is not entirely satisfied with her life when she runs into a former high school teacher, her “sensei,” at a bar one night. They talk and over time this “hesitant intimacy” grows into something more. The jacket copy calls it a “moving, funny, and immersive tale of modern Japan and old-fashioned romance.” And if that’s not enough, I hear that Strange Weather has amazing passages describing Japanese food and drink, and I’m a sucker for books about food and love. 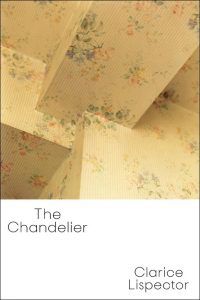 The Chandelier by Clarice Lispector, translated by Benjamin Moser and Magdalena Edwards

The Chandelier is Clarice Lispector’s second novel—now translated and published for the first time in English. It just came out this week and it’s been hotly anticipated by devoted Lispector fans (myself included.) It’s an intense and interior novel following the story of one woman’s life as she seeks freedom and meaning, but it’s also so much more than that. Benjamin Moser, her translator and biographer, writes that it “stands out in a strange and difficult body of work, as perhaps her strangest and most difficult book.” The writing is powerful and strange, fluid and crushing. I’d recommend it particularly to fans of Lispector who want to trace the trajectory of her early work to her later masterpieces, like The Passion According to G.H. 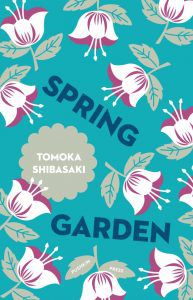 Winner of the Akutagawa Prize, Spring Garden is part of the Japanese novella series from Pushkin Press. Spring Garden follows Toro, a divorced man living in an older apartment complex that’s about to be demolished in a rapidly urbanizing Japan. Only a few tenants are left in the building, fulfilling their leases. Toro is drawn into an unusual relationship with Nishi, an artist living upstairs who tells him about her interest in the sky-blue house next door to the complex. The house soon becomes symbolic to both Taro and Nishi “of what is lost, of what has been destroyed, and of what hope may yet lie in the future for both of them.” This poignant novella of memory and loss left me stunned. 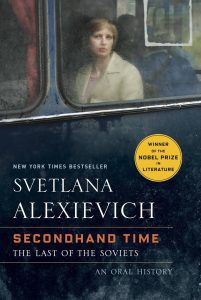 Secondhand Time: The Last of the Soviets by Svetlana Alexievich, Translated by Bela Shayevich

Nobel Prize winner Svetlana Alexievich’s Secondhand Time has been on my radar for years but it has popped back up with the announcement earlier this month that the translator Bela Shayevich and editor Jacques Testard won the inaugural TA First Translation Prize for their work on the book. Secondhand Time is an oral history about the disintegration of the Soviet Union and the emergence of a new Russia in Alexievich’s distinctive documentary style. It looks like a brilliant and powerful must-read. 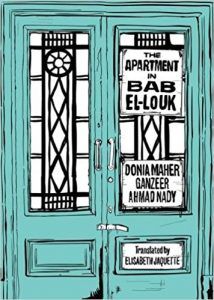 The Apartment in Bab El-Louk by Donia Maher, illustrated by Ganzeer and Ahmed Nady, translated by Elisabeth Jaquette

The Apartment in Bab El-Louk is an award-winning novel by Donia Maher, illustrated by the artist Ganzeer and political cartoonist Ahmed Nady, translated by Elisabeth Jaquette (also the translator of an earth-shattering favorite of mine, The Queue.) It’s a gritty noir poem that follows the reflections of an old recluse in the busy Cairo neighborhood of Bab El-Louk. It’s absolutely  gorgeous too (see the design of the book here) and I can’t wait to get my hands on it.