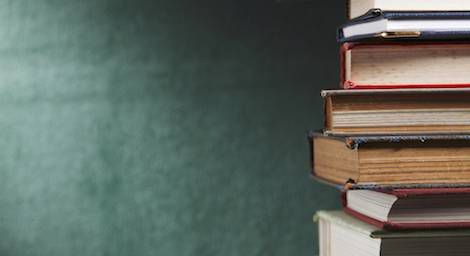 I don’t often think the English major needs a lot of defending. To me, it speaks for itself, through all the happy graduates with English degrees (myself included) and current English majors. And yet, people haven’t stopped discounting the English major. Take Diana Gabaldon, author of the best-selling Outlander series, when asked by a high school student what she suggested a major in:

Any advice to an aspiring writer on choosing a university major? (Current plan is English because I love reading.)

If you ask Gabaldon, an English degree is just a pricey precursor to a fast-food job and therefore a bad choice for young writers. Besides the fact that there’s nothing wrong with working a fast food job (let’s disabuse ourselves of the notion that fast-food workers are lesser beings, shall we?), there’s also nothing wrong with being an English major.

But, of course, those who did not major in English may look at an English degree and see a degree in reading. Lots of people can read, can enjoy reading, can love reading so what’s the good in a degree in it?

That ignores how English degrees can be, and have been, spun into careers that have little to do with literature. English majors have gone onto become lawyers, journalists, doctors, television producers, politicians, teachers, actors, and yes, writers.

When I was deciding on my major, I clung to this knowledge, assured that an English degree would be more useful than I was being told. Not that I, with steadfast ambitions to be a writer and editor, could be swayed anyway. I ignored everything I heard, much of it like the advice offered by Gabaldon, and graduated with my English degree a little over a year ago.

Despite what all my math teachers told me, I’ve used the skills gained from my English degree more than I’ve found the circumference of a circle. My English degree enhanced my literacy, honed my analytical skills, made me a better writer, and generously contributed to my bank of cultural knowledge.

I read Frankenstein and Invisible Monsters in a course on beauty and the grotesque in literature, researched Victorian-era criticism of of Lady Audley’s Secret, gave presentations on Toni Morrison and Terry Macmillan. I read The Bhagavad Gita, Gilgamesh, and The I Ching. I loved blue book tests. I remember an advising session where my advisor applauded my class choices for the semester because it, along with an internship at a literary journal, was a cozy combination of reading and creative writing. To both of us, it sounded perfect, and when that semester arrived, it was. I wanted to spend my college years immersed in something I loved and was good at, and that’s exactly what I got.

I’d do it again if I didn’t have to pay for it.

This isn’t to say that English is the best major ever and anyone who doesn’t choose it is depriving themselves. It is to say that those of us who do want to be one, or are one, or once were one, didn’t make a bad call.

Choosing my major was personal to me, as is anything you’re told will shape your future, and I was never quite able to explain to people why I liked it so much. It was the culmination of everything I loved, gave me warm fuzzies, excited me, and made me want to do more. And when people said, like Gabaldon, that it was a useless major, I never knew what to say.

I couldn’t explain why I loved English anymore than my friends could explain why they were into accounting or biology (still waiting). Explaining how I wanted to use it was even more fraught. Now I’m a bookseller saving up for a move to become the publishing professional I want to be. I find the time to write, but it’s not always easy. And I’m fine with it, even though I know that some look at me and wonder how my English degree hasn’t already landed me a huge book deal or a job at a big publishing house.

But no major guarantees a job or money or the ability to write freely and without distraction–certainly not instantaneously. Even friends who chose the “good” majors are still finding their footing, but they don’t regret their majors any more than I do.

We should absolutely make sure young writers know about the financial limitations that come with writing (which might have been what Gabaldon was going for…maybe). It’s hard to make a living off of it, and it’s hard to find time to write when you’re working to support yourself. Not everyone’s going to be the next J.K. Rowling (or Diana Gabaldon), but there’s no single path to success.

You can only choose what’s right for you, and an English major was right for me. It wasn’t right for Diana Gabaldon. Her career’s gone very well, but I am confident when I say that has little to do with her not majoring in English.