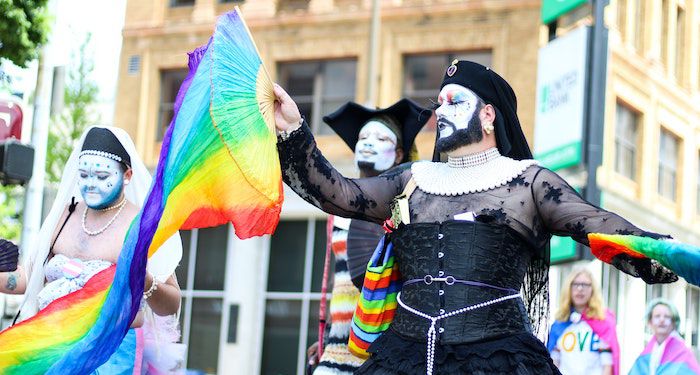 I’ve been writing about queer books for over a decade now, and a whole lot has changed in that time. More people are reading queer books, more queer books are being published, and a bigger range of identities are represented. We have a long way to go, but I’m also happy to celebrate the wins we have — especially because the idea of mainstream publishers promoting queer books (particularly trans books and queer POC books) once seemed impossible.

It really has only been painfully recently that we’ve seen a range of identities represented. Not long ago, queer books were limited to cis, white, gay or lesbian “issue” books that were mostly about homophobia and coming out. They were extremely limited, and these “issue” books were often written by straight authors who got a lot of things wrong. The early days of LGBTQ lit had a lot of stereotypical and offensive characterizations.

So it makes sense to me that ten years ago, characters would face scrutiny for “bad representation.” When there are only a handful of books that use the word “bisexual,” it’s hurtful when one of few that does has a bisexual character who cheats on their partner. Cheating is a negative stereotype of bi people, so having that attached to one of the few examples of bisexuality in lit is harmful.

Unfortunately, this pressure to only have “good representation” for queer characters can be restrictive. The early days of LGBTQ lit, especially YA, often had flawless main characters, because they were trying to prove that queer people (okay, gay and lesbian people) weren’t inherently bad. Maybe that’s what we needed at the time, but it is isn’t realistic.

No real person can live up to performing “good representation” of a marginalized group all the time, and the pressure to do so can be suffocating. In fact, trying to avoid acting like a negative stereotype can cause a person to perform worse than they would have otherwise — a phenomenon known as stereotype threat. For example, if you give a group of women a math test and say, “We want to prove that women can be just as good at math as men!” they will score lower on the test than if that stereotype wasn’t mentioned — the pressure is counterproductive.

In the early days of queer lit, I can see being very protective of how identities were represented. Now, though, if you don’t like a lesbian character in a book, there are hundreds more you can choose from. That doesn’t mean the work is done, but there should be freedom to do more than just write shining examples of queer role models.

I love reading “messy” queer books, and I get defensive when they are derided for being “bad representation.” When I first read Nevada by Imogen Binnie, it blew my mind. At the time it came out (and still now, let’s be honest), there were very few depictions of trans women in literature, never mind queer trans women. But here was a queer trans woman main character who does drugs, steals her ex-girlfriend’s car, and is kind of a train wreck. I immediately loved her and felt sympathetic towards her, but I felt like this book broke all the rules of what queer lit was supposed to do, especially for identities that are the most underrepresented. Isn’t she supposed to be perfect, to prove she’s worthy of respect? But queer and trans people don’t owe anyone perfection to be entitled to being treated as human.

Lately, I’ve seen a new wave of what I want to call conservatism in queer lit, especially YA, that disturbs me. Even while the books published get more inclusive and span more genres, I see young (whippersnapper) reviewers on TikTok and Twitter and other platforms deriding books for having “bad rep” because, for example, a bisexual character cheats — even though the book addresses that meaningfully. Even when books are about a character’s flaws and engage with them deeply, there will be a contingent of reviewers who say that it’s harmful just to have a flawed queer character at all. Weirder, to me, is a sudden declaration that sex in YA is immoral, while in years past, there has been a push from queer readers to include queer sex in YA — because queer teens deserve to explore their sexuality in a safe environment.