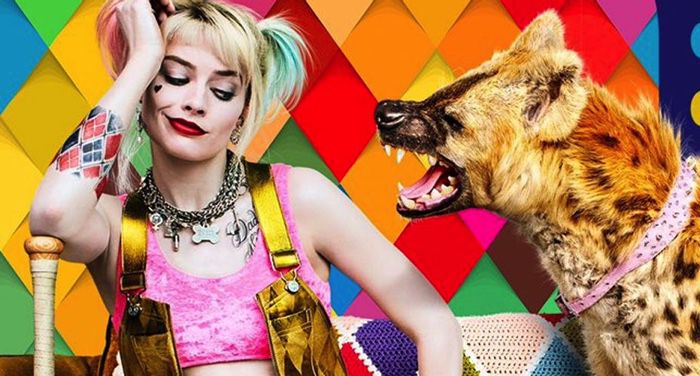 I’ve always been a girl who was into reading, movies, and pop culture. I remember growing up in San Juan, Puerto Rico, going to high school and college there and immersing myself in movies, music, and books. The fantasy and the stories of it all provided a much needed escape when the stress of school was too much or even my own personal life. And one thing that has always stood out to me was how certain characters have inspired me throughout my life.

Today, I am still a pop culture enthusiast, and a huge comic book lover. While my husband and I sometimes battle it out between Marvel and DC (I am more of a DC gal, but still adore my Marvel), he knows for a fact that one of my favorites is the ever so controversial — and yet loved by many — Harley Quinn.

Harley Quinn has recently been in pop culture quite a bit, with actress Margot Robbie representing the character and bringing her to life. I have always loved following Harley’s stories, and ever since she made an appearance in the 1990s classic Batman: The Animated Series cartoons, I have truly enjoyed seeing her growth throughout the comic and movie universe.

When Harley first came on to the scene, she was a somewhat troubled gal. What I love most about her character are her imperfections and how she has embraced them. She went from Doctor Harleen Quinzel to being in love with the villain Joker. When she first fell in love with him, she was trying to treat him as his psychiatrist. The relationship was toxic. How many of us can relate to sometimes falling into toxic relationships? While I do not agree with the way Joker treated her at all, she eventually learned to leave the relationship. Despite our introduction to Harley, she has become quite the fan favorite thanks to her cheeky personality, which has also helped her become the star of comic books and some recent films.

I, like other Harley fans, have enjoyed watching her go from being obsessed with the Joker to somewhat finding herself and being her own person. Now, instead of just being wildly in love, she has become part of the Suicide Squad, stepped up to defend her friends in the movies and comics she’s starred in, and has defended herself and her quirky personality all at the same time. One of the best depictions of the attitude that makes Harley so appealing is in the 2019 Harley Quinn cartoon series. Funny, tongue-in-cheek, and simply sassy and bad ass, Harley has grown significantly in the series. She’s gone from always following Joker’s coattails to finally opening up about her romantic love for her bestie, Poison Ivy.

Comics and cartoons are not the only way fans have gotten a glimpse of the popular character. Harley has truly shined in recent movies. In Birds of Prey, she really took center stage, leaving Joker behind to be part of her own ultimate girl gang. Her friendships and relationships in this action-packed film really stood out, as so many of us can relate to being friends with and learning from other girls from different backgrounds. Then there is 2021’s The Suicide Squad, where she ultimately saves the day and also leaves behind a possible new toxic relationship. In doing so, she escapes from her own captivity, and gives us one of the best action-packed, albeit violent, scenes of the film as she knocks out every foe that kept her in captivity. I love how in these recent films she has become more of a main character rather than an accessory or asset to someone who she is romantically involved with. This, my friends, is the way Harley should be.

Harley might not be perfect, but then again who is? This is why I stand here in front of you in defense of Harley Quinn. She went from a toxic relationship, to being a bad guy, to finding herself as a person throughout her characterizations. Her character also shows true care for others, and this is represented with her pets (the infamous hyenas, for instance) and her love for bestie turned at-times lover, Poison Ivy. She has inspired me to be pretty badass myself, as well as to embrace my imperfections, and she has shown me that is possible to be a person that can grow and learn from their mistakes.

In the end, while I love some other characters as well, like Wonder Woman and Captain Marvel, there’s something about Harley’s attitude and growth since her first cartoon appearance in 1992 that keeps me fascinated and inspired. She is someone that we cannot deny has made quite the impression in our comics, movies, and pop culture-filled world, and I do not envision her going anywhere. There’s a reason why people love Harley, love to hate Harley, and love to try to understand this sometimes polarizing character.

I truly look forward to what the future brings for our Harley Quinn. I assure you, whatever comes next, she will not take just anything sitting down and she will most certainly stand-out. Sometimes, we just need a character to inspire us in our daily lives. Living more like Harley will have us: trusting ourselves, learning from our mistakes, living with imperfections, and growing with heart. All great elements that represent human growth. Be you, be real, and at times, if you want to be a badass, live like Harley.

For more comic-centered reads from Book Riot, check out My Relationship to Manga and The Top 10 Best Wonder Woman Villains.