I read a YA novel last month that I (mostly) very much enjoyed. It had a sweet romance at its center, and its protagonists were teens who talked and worried like teens. 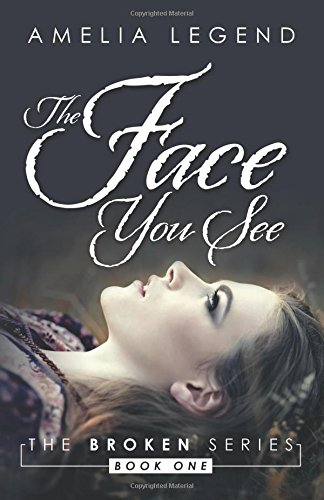 But I balked when the main character was assaulted, mostly because she responded by retreating into silence.

She opted to tell no one, and my instinct was to call that “triggering.” There’s nothing unrealistic about her decision–most sexual assaults do go unreported. But I suddenly found myself worrying for teens who might pick up the book–would the character’s decision influence their own? Don’t we want survivors to report? Shouldn’t a YA author include resources somewhere in the book to let readers know that there are other options?

I didn’t wonder about the validity of my complaint until later–shortly after Jian Ghomeshi, a radio star whom young Canadian journalists are allegedly warned against working with, was acquitted on rape charges, after a trial in which the women who accused him were verbally bludgeoned on the stand. Such treatment isn’t atypical in rape trials, which often become demoralizing and embarrassing for those who report—and often without much triumph at the end, as only 2% of rapists actually see jail time.

The heartbreak of the Ghomeshi outcome forced me to reconsider how I’d responded to that YA novel. Particularly after speaking to some of Book Riot’s YA experts, I want to walk my demands of that book, and its survivor heroine, back.

I wanted RAINN’s number somewhere in the book, but why? I was worried for teen audiences–in a way, I think it’s fair to say, that I would not be worried for adult audiences. Assaults at parties are too familiar a story in high school, and my immediate reaction to the character’s very believable, very understandable choice not to report was to cry out for a disclaimer. But why? Don’t I think teen audiences are capable enough, for one, to read fiction as fiction, and process it maturely? For two: why would I expect a YA author to push young readers toward a “right” decision, as if surviving violence is something onto which right and wrong reactions can be grafted?

I want survivors to report because I want their assailants to be prosecuted and punished—though I know that they rarely are. I want teenaged survivors to know that there are resources for them once they’ve survived assault because that trauma, when you’re still figuring out who you are, can be doubly and formatively damaging—but including the number for RAINN in a novel isn’t going to be healing in and of itself, and pushing reporting stands to increase feelings of guilt and self-blame.

I don’t really believe in demanding disclaimers from works of fiction; I think that working through character situations, and processing their decisions and reactions, is part of the journey of reading. Agreeing with a character isn’t key to appreciating a book; and characters who make the “right” decision don’t necessarily make for better, or more realistic, reading. I don’t want my novels to preach to me; why, then, would I ever expect a young adult’s work of fiction to include a list of ways to make the “right” choice in any given situation?

Great young adult novels are fantastic for the ways that they present sympathetic situations without preaching–adolescence, sex, sexual orientation, grappling with feelings of alienation and confusion, first experiences of death, challenges presented by drugs and alcohol. Outside of this particular reading experience, I would never have said that a YA novel needs to feature characters who make the decisions I think are best; I would rather characters make choices that feel authentic. That’s the key for great fiction, which is most “valid” not when it moralizes, but when it speaks to human truth.

I regret that my reaction to a young adult book that I, personally, found a little triggering was careless in a way that its character’s decisions were not. Readers should decide on their own whether or not narrative moves are sympathetic to them; they shouldn’t be shouldered with warning labels, or even pointed resources, that force their interpretive hands. Adolescence is confusing enough without additional pressures, particularly from literature, which is often best experienced as a means of escape.

I feel like I owe young readers an apology for not trusting them more, and survivors generally an apology for thinking–even for a moment–that there’s ever a right way to respond to trauma.

And I think that any young adult novel that prompts this much introspection about situations that too many young people still face can probably count itself a success.