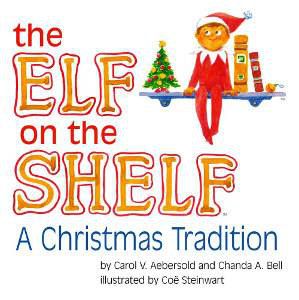 I forget Something Big each Christmas, only to remember after nothing can be done to amend the oversight. This is my third holiday season managing the children’s section at an indie bookstore and my 2015 Traditional Book Curator Holiday Misstep has yet to present itself, though I’m sure it’s only biding its time. The first year I was at the store I didn’t bring in a single copy of a single edition of The Night Before Christmas to sell, and didn’t realize it until the titular night in question an actress that I happen to worship, one with amazing hair who I’ll refer to as Mrs. Coach for reasons you should know have nothing to do with a TV show set in Texas that she starred in, came into the store looking for a copy of The Most Famous Holiday Poem Ever Written and I had to tell her that I had none. The year after that, I forgot to order Maurice Sendak’s The Nutcracker, which was surprising considering how much I had enjoyed telling browsers the year before that it was the last book he did before he died (it definitely is not, as anyone with page-turning abilities can tell you after flipping to the copyright line. I don’t know where I got that from, but I believed it with my whole heart). I have fever dreams about contracting a brain virus that makes me forget How The Grinch Stole Christmas was ever published.

I’ve been walking in circles around the store’s holiday book displays for two weeks now, trying to figure out what holiday book I’d forgotten. A recent hire at the bookstore saw me wearing a track into the floorboards and asked what I was doing. I told her that the holiday books display had turned into a Magic Eye painting for me and I was sure that if I just got the right angle or relaxed my eyes, I would figure out what book was missing. She did a quick scan of the shelves and said “I don’t see Elf on the Shelf— did you forget Elf on the Shelf?”

No. I definitely did not forget Elf on the Shelf, despite near-constant efforts to erase it from my consciousness. I look forward to the delicious shiver of joy I get each year when I decide anew that Elf on the Shelf doesn’t count as a holiday book. Trying to keep Elf on the Shelf out of the same universe as Grinch and Polar Express and The Puppy Who Wanted a Boy and A Child’s Christmas in Wales is hero’s work, and I will never abandon this calling.

It’s very important for our purposes here that you know I was completely opposed to Elf on the Shelf from the jump. Roughly twelve beats into the first executive summary I got on the phenomenon I felt an unfamiliar stillness throughout my body. Maybe it’s only through true fear that we know what it means to be calm, once we’ve given up and resigned ourselves to complete destruction. I stood in the middle of the Target aisle holding the Elf on the Shelf box with that sick bastard staring at me from inside the packaging and thought, well, at least I know with absolute certainty how the world will end. Now I can stop wondering about that and free up some more brain space for TV commercial jingles.

When someone spat out Elf on the Shelf a few years ago, it was branded as A NEW CHRISTMAS TRADITION! I remember being impressed by the marketing strategy; instead of going with the children’s media ol’ faithful of adding vintage design touches to new products so you feel nostalgic for something neither you nor anyone has ever owned, the Elf Workshop was not only being forthcoming, but acknowledging a base intelligence level within their potential consumer pool. I have, so frequently, been fooled into thinking that a children’s title must be a classic by its vague Little Golden Book-ish cover design elements that I almost warmed to Elf on the Shelf. You’re not trying to trick me? Great, I love you. Except it is trying to trick me- trying to trick all of us, in fact- and it is doing a bang-up job.

This elf, he comes with rules. And if the child breaks the rules, the child’s misdeeds are reported on so that he or she can be placed on a list, separating them from the rest of society and designating them for punishment. (Sidebar: I’ve been racking my brain to think of an instance in history where a fascist lunatic used the same fearmongering tactics to devastate a specific segment of the population. Man, it’s right on the tip of my tongue! If it comes to you, Tweet it to me, okay? Otherwise it’ll keep me awake all night. You guys are the best). The parents impart instructions to their offspring at the start of Elf Season: This very elf, they say, goes back to the North Pole every night to tell Santa if you were good or bad. That’s why, when you wake up in the morning, he’ll be in a completely different place, and maybe there’ll even be a wacky tableau around him that we definitely did not construct! He sure got into some hijinx, huh?? Make sure that you don’t ever, ever touch him, though- when children touch him, he loses his magic. Are we having fun yet?? Once the kids are stress-sweating up their racecar beds, the parents pick a new place to display the elf so that, upon greeting the dawn, it really seems to the children that the elf hauled all of their demerits up north in the middle of the night and then caught the redeye back before breakfast. The narrative construction is flawless; any youngster suspicious and discerning enough to want to poke holes in the story is also smart enough to do some quick cost benefit analysis and figure out that, should they decide not to go along with this, the margin for potential loss is staggering. If there is even just a 1% chance that this Elf is actually reporting back to Santa, is it worth risking? Plus, the initial operating costs must seem so low to the kid: “So all I have to do is not act like a dick in front of this doll for a month and I get a ton of stuff? Do you need me to initial page three of the paperwork here, or just sign my name? Actually, I don’t know how to spell my name and lack the fine motor control that is called for by said ceremonial activities, so why don’t we seal this with a handshake and a smile?” 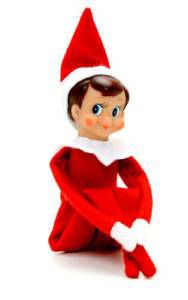 If my parents wanted to scare me into submission using an evil doll they had the Chuckie movies for that, though things never got to that point because they always had the parental fearmongering holy grail in their bag of tricks: upsetting my parents was (and is) the worst thing that could ever happen to me. If one of them were to drop I’m Not Mad I’m Disappointed on me it would still do the job like it hadn’t been rusting on the shelf from two decades of unuse. To this day, unsmiling eye contact from my father could get me to do pretty much anything from picking up trash on the highway to confessing to murders I did not commit. I am 34 years old.

Put the elves away. You have better weapons in your arsenal, believe me.