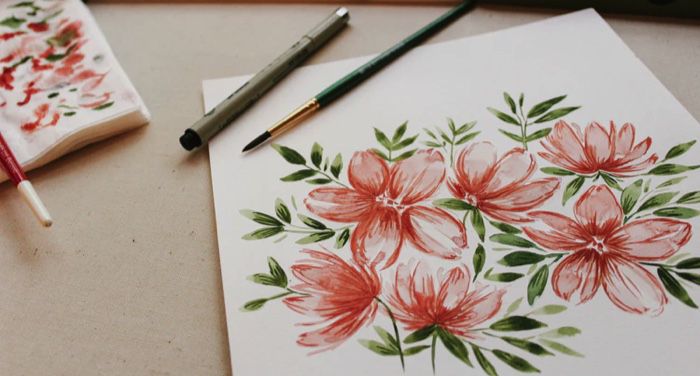 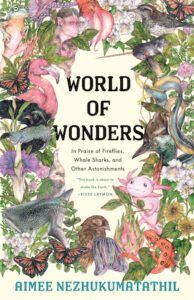 From award-winning poet Aimee Nezhukumatathil comes a debut collection of essays about the natural world, and the way its inhabitants can teach, support, and inspire us. As a child, Nezhukumatathil called many places home: the grounds of a Kansas mental institution, where her Filipina mother was a doctor; the open skies and tall mountains of Arizona, where she hiked with her Indian father; and the chillier climes of western New York and Ohio. But no matter where she was transplanted—no matter how awkward the fit or forbidding the landscape—she was able to turn to our world’s fierce and funny creatures for guidance.

Beauty and the Beast, the 1991 animated film, has contributed dozens of images to the bookish internet: opening up the grand doors to the Beast’s library, Belle gliding along the ladder to choose the perfect book, and of course, Gaston holding Belle’s book sideways, criticizing her for reading a book with no pictures. Belle raises her eyebrow and says, “well, some people use their imagination.” This is Belle’s gotcha moment and one of the earliest evidences of how dense and uncultured Gaston is. Pictures! They’re for little babies and big oafs! Now, I am not here to defend Gaston as a person. This is not a live-action Disney retelling from the point of the homicidal big-game hunter that tries to explain to you that Gaston’s parents were killed by a manuscript illuminator armed with five dozen eggs and a set of antlers. I am here, however, to defend pictures in books for grownups.

Not every book requires pictures, clearly. One of the pleasures of reading a novel is to create the visuals of the world in your own mind. But in nonfiction, there is something wonderful about cracking open a great big coffee table book full of rich illustrations. The illustrations can fill in gaps that words just can’t reach. I have kept A Gap in Nature, a book that includes a spread on every animal that went extinct from 1492 (a date the authors see as the beginning of western expansion and impact on global ecosystems) and the publication of the book in 2001, on my coffee table for years. Part of the book’s creation process involved illustrator Peter Schouten creating life-size paintings of each extinct animal, which were then included in the book with Tim Flannery’s descriptions. While Flannery gives context for the lives — and deaths — of each of these animals, the illustrations are what bring them to life. You can read about a dodo, but you can also see their soft feathers ruffle and look at the gentle curve of their goofy beak. The illustrations offer a more immersive experience than just words alone.

Below I’ve rounded up several of my favorite illustrated works of nonfiction for grownups. I think these books are greatly improved by their gorgeous illustrations, even Belle would have to agree. 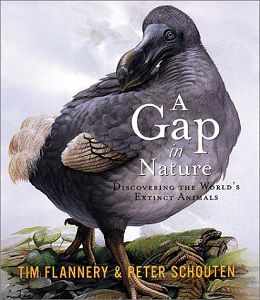 A Gap in Nature by Tim Flannery and Peter Schouten

Peter Schouten spent years painting life-size portraits of 104 animals that went extinct between 1492 and 2001. Some paintings were tiny, like one of the wee Carolina parakeet, and some were huge, like the 25-foot-long portrait of the Steller’s sea cow. In A Gap in Nature, Schouten’s paintings are married with Tim Flannery’s descriptions of the lives and deaths of these 104 extraordinary animals. 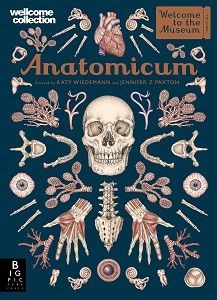 This beautiful, detailed book is like taking a trip through a an anatomy museum. Katy Wiederman’s exquisite drawings of the inner workings of the human body are set off in shadow boxes and on banners, and they’re explained by Dr. Jennifer Z. Paxton’s expert descriptions. 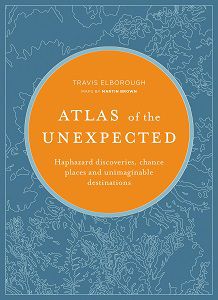 Atlas of the Unexpected by Travis Elborough and Martin Brown

While this book includes some photography, I wanted to include it because I thought the maps were lovely, and this list would be incomplete without a lovely book of maps. Travis Elborough takes you on a tour of some of the more obscure discoveries (and rediscoveries) around the world, and Martin Brown shows you exactly where they are with his detailed maps. 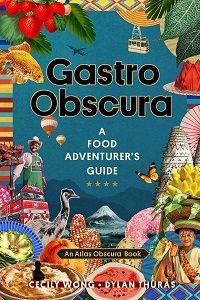 This upcoming book (October 2021!) is new in Atlas Obscura’s series of gorgeous guides. While again, it incorporates some photography, it also uses lovely illustrations to take you on a culinary trip around the world. This is the kind of book that you’ll spend hours flipping through, always finding a new detail to tuck away in your brain. 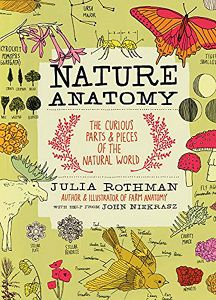 Author and illustrator Julia Rothman has written and illustrated several “Anatomy” books, but Nature Anatomy is my favorite. As a bookseller, I’d often recommend it to grandparents who were looking for something to do with their grandkids through the summer. The charming illustrations accompany excellent information about the natural world. 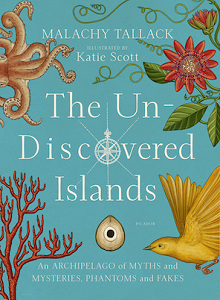 The Un-Discovered Islands by Malachy Tallack and Katie Scott

These islands were once considered to be fact, but they’ve been lost to history and, well, better science and modes of exploration. The Un-Discovered Islands are places like Atlantis and Thule that were myths that became real…and then became less real. Katie Scott details these remarkable un-places with wonderful illustrations as Malachy Tallack unwinds the stories of the un-islands. 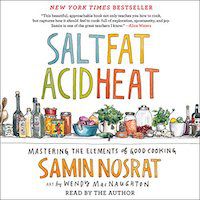 While it might seem odd to include a cookbook on this list, this is more a guidebook on how to live with food, and Wendy MacNaughton’s illustrations bring Samin Nosrat’s words to life. It’s more than just a recipe book: it will change the way you interact with your food as Nosrat breaks down cooking into four basic elements: salt, fat, acid, and heat. 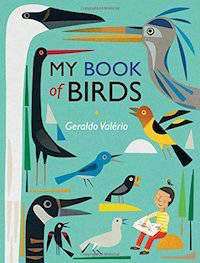 My Book of Birds by Geraldo Valerio

Okay, yes, this is a book for children technically, but Valerio’s charming illustrations are for all ages. This is a bit longer than your typical kids book, and I think it would make a great coffee table book for anyone. The illustrations feature many amazing birds as they go about their lives and and there’s all sorts of information to be had about swans, geese, bluebirds, herons, and more. 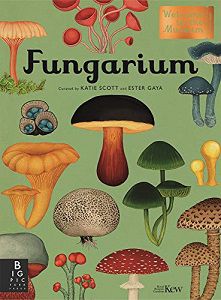 Katie Scott has illustrated more than on book on this list, and I think you can see why. Her illustrations are detailed and realistic, but they don’t feel like a text book. There’s a life and light to her illustrations, and that’s on full display in Fungarium. Ester Gaya tells fascinating stories and facts about a world of fungi, from the portobello you might find in the grocery store to the penicillin at the pharmacy.