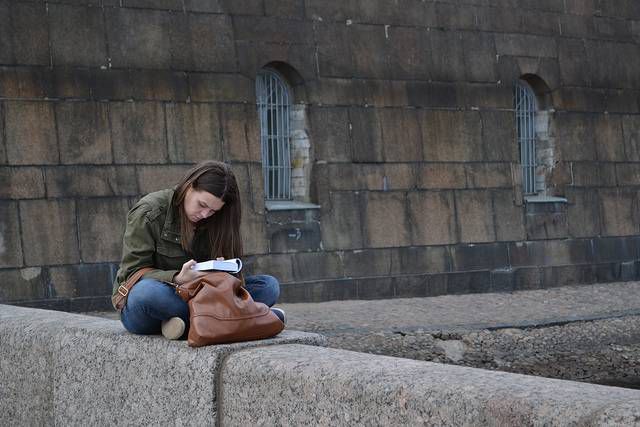 For the third year in a row, Amazon just issued a press release naming the Most Well-Read Cities in America. As a librarian in the Kansas City metro, I’m always a sucker for these lists. I love seeing how my city stacks up almost as much as I love sharing the news with my community. Earlier this year, I was proud to post that Kansas City was the 13th Most Literate City in America, according to a study by Central Connecticut State University. So I found it a little strange that we didn’t even register on Amazon’s study. In fact, CCSU and Amazon agreed on just 5 of the top 20 bookish cities. Weird.

Then I looked at the fine print. CCSU bases their study on factors like libraries, bookstores, periodicals, newspaper circulation, Internet resources, and education levels. But Amazon’s study? Is based on just “sales data of all book, magazine and newspaper sales in both print and Kindle format.”

Are you feeling left out because your bookish city didn’t make the cut? Here are five likely reasons Amazon claims Kansas City isn’t well-read. Chances are you’ll recognize your own city in here, too.

We’re home to one of the leading independent booksellers in the nation. Rainy Day Books averages 300 author events per year, many of which feature prize-winners and bestsellers and are sold-out to crowds in the hundreds. We love buying indie, and our local book economy didn’t collapse when Borders closed its doors.

Kansas City is the cradle for Google Fiber, bringing gigabit speeds to 160,000 homes in 200 neighborhoods. Our tech-savvy community reads on an array of mobile devices, from Nexus tablets to Androids, iPhones, and Nooks. Our eBook purchases cast a much wider net than the Kindle store, and our public libraries lend free ebooks to readers who prefer not to buy.

We’re home to over two dozen colleges and universities with their own libraries, scholarly journal subscriptions, and research texts, all of which have been excluded from Amazon’s data.

Our children spend an average of 800 to 1000 hours being read to before they reach kindergarten, and our public libraries are the creators of 6 By 6, an award-winning early literacy program that’s been exported to educators nationwide.  And, guess what — four year olds don’t typically purchase their own books online.

While I can imagine Amazon’s publicity team felt clever for dreaming up a catchy hook for their annual press release, to me it seems misleading and incorrect to equate Amazon sales figures with being well-read.  And the sales pitch embedded in the press release makes it somehow worse: “To help contribute to their city’s well-read status and find their next great read, customers can visit amazon.com/books and amazon.com/kindlebooks.”

What do you make of Amazon’s interpretation of the data? Where does your city get its bookish fix? Feel free to sound off in the comments.