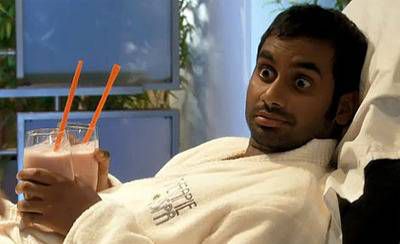 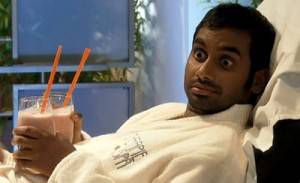 Tom Haverford is everyone’s favorite small-time city employee/club promoter/wanna-be lady’s man on Parks and Recreation. Here we reimagine him as a publishing man about town, using his real lines:

Michael Pollan’s new book about gardening
“Whenever Leslie asks me for the Latin names of any of our plants, I just give her the names of rappers. Those are some Diddies. Those are some Bone Thugs-N-Harmoniums, right here. Those Ludacrises are coming in great.”


“At the risk of bragging, one of the things I’m best at is riding coattails. Behind every successful man is me. Smiling and taking partial credit.”

Quentin Rowan’s new self-published thriller
“Everyone steals. My favorite movie is Love Don’t Cost a Thing with Nick Cannon. Which is based on Can’t Buy Me Love, which is based on Kramer vs. Kramer, or something, which I think was Shakespeare.”

Not Your Mother’s Rules (sequel to The Rules)

Unusual Suspects Newsletter
Sign up to Unusual Suspects to receive news and recommendations for mystery/thriller readers.
Thank you for signing up! Keep an eye on your inbox.
By signing up you agree to our terms of use
“When I’m dating someone, I have a list called my ‘Oh No Nos.’ If a woman commits a Oh No No, it canend the relationship. Not loving ‘90s R&B music is #3 on the Oh No Nos list. Girl don’t even know who Ginuwine is.”


“Most people would say ‘the deets’, but I say ‘the tails’. Just another example of innovation.”

The next Jersey Shore tell-all
“Yeah, I’ve been a little down. Totally natural. I’m getting a divorce, but now I’m ready to pull myself up by some G-strings.”

Supreme Court Justice Sotomayor’s memoir My Beloved World
“If your job was remotely interesting, there would be a show on A&E about it.”

On being too distracted to finish the Steve Jobs bio
“Everyday I start by hitting up Facebook, Twitter, Tumblr, and Instagram. Sometimes, I like to throw in LinkedIn, for the professional shawties. Then I like to go on Reddit. Reddit is great because it has all the important links. Wikipedia! Mankind’s greatest invention. You can learn about anything. Take Ray J for example. We all know he’s a singer, he’s Brandy’s brother, and he was in that classic sex tape with Kim Kardashian. But did you also know he’s Snoop Dog’s cousin and he was in the 96th Tim Burton movieMars Attacks?! Suddenly, you’re on the Mars Attacks page. I love gChat, you can talk to anybody! I hit up brad.pitt. It wasn’t the actor. It was actually a guy named Brad that’s a teacher in Pittsburgh. We don’t have a lot in common, but we chat quite a bit. Emojis are little cartoons you text instead of words. Instead of saying, ‘What up, boo?’ you can type ‘What up’ and then a cute little ghost because that means boo. There’s even a little Indian guy, but he has a turban on, which I think is racist. But the Asian guy also has a racist hat on. And it’s like, hold up didn’t Japanese people invent this?! Podcasts! They’re a million of them and they’re all amazing! Jean Ralphio and I have one called Nacho Average Podcast where we rate different kinds of nachos.”

After he got drunk and called Nicholas Sparks a “romance writer”
“On a scale of 1 to Chris Brown, how pissed is he?”