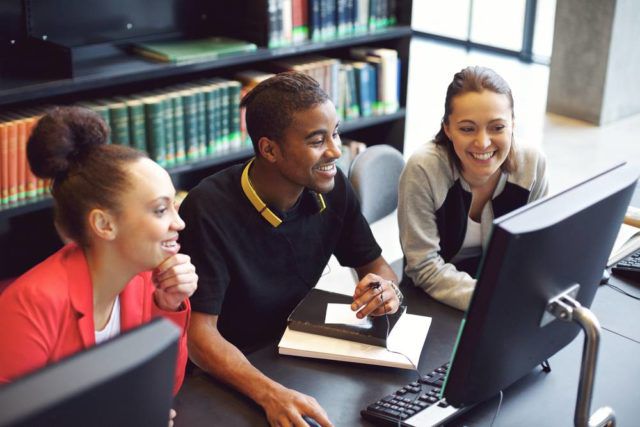 It’s a tale as old as pop culture: there’s a book coming out this week you’ve been waiting to read for weeks, months, perhaps even years. You’ve been theorizing, hoping, and discussing the hypothetical contents of that work with other fans, even converting non-fans to your frenzied analysis by association. Along comes someone else, sensing that you were invested in something that was yet to pass, to casually plant a giant spoiler right in front of you. You react with bitterness, anger, or an increased jadedness with humanity. The wielder of spoilers puts on a self-righteous grin and tells you, “What’s the big deal? Spoilers don’t matter anyway.”

Yeah, no. If the story matters, then spoilers matter. I do think that the spoiler-averse can sometimes overreact to the slightest threat of a spoiler, throwing up their arms in conversation and shouting, “NOT YET I HAVE TO CATCH UP” before running away, but there’s a much more accidentally sinister version of spoilers out there. (Shout out to Swapna Krishna for her realistic, self-assured approach.)

It’s easy to tell spoiler-haters, “just don’t look for spoilers, or go on a media blackout once that new release is out,” but social media can unwittingly betray audiences. Facebook and Twitter, for example, use preview images for shared links, meaning followers can see spoilers for something before realizing what’s on the screen. Just recently, photos and description leaks of DC’s Rebirth comic led DC to lift their review embargo, resulting in an unexpected flurry of hot takes both professional and fan-made hitting the internet all at once. Scrolling through a news feed and unwittingly spotting a photo of [redacted], completely free of context or narrative weight, ruins the intended surprise.

Gripping stories have seeds of development everywhere. Characters and criss-crossing story threads promise endless combinations of settings, character moments, and resolutions, and part of the satisfaction of a well-told story is watching it all take shape for the first time. Part of the satisfaction of a great story is that it holds up on repeat viewings, and this qualification is often used to justify spoilers. “Putting shocking reveals on a pedestal just harms the overall experience. If you know a twist is coming, then you can focus on the processes and background details that lead up to it instead.” This viewpoint is very sensible, mature, and pants-on-fire wrong.

I see these kinds of arguments among teens in the library, especially when someone expresses excitement over a series and getting to its finale. Inevitably, someone will laughingly announce to the room, “Oh, you like that character? They die in a few more episodes, SORRY.” If spoilers don’t matter, why are some of their distributors so gleeful about spreading them? Could it be that spoiling media is less about discussion and analysis and more about holding some miniscule amount of power over a temporary have-not? (Excusing, of course, accidental spoilers.)

(Personal disclaimer: I was an insufferable punk in my middle school days and Windows 98-era internet, and would absolutely hold Dragon Ball Z and video game spoilers over my friends’ heads. I am comfortable criticizing others for the insufferable power rush of spoiling because I am no less guilty. The difference in some cases seems to be, I grew out of it.)

“Um actually, there was a study about spoilers, and it turns out they don’t harm the enjoyment of the story.” Is that a fact? It’s true that UC San Diego tested spoiled vs non-spoiled reading experiences and found in 2011 that, “Plots are just excuses for great writing. What the plot is is (almost) irrelevant. The pleasure is in the writing.” A chart at that link demonstrates how spoiled readers enjoyed their short stories just fine. And you know what? I’ve read ahead before, jumped into series mid-stream and looked up plot summaries before starting movies, and in all instances enjoyed those stories just fine. The pleasure being in the writing is a double-edged sword: it means shocking reveals aren’t as important as they may seem, but also people revealing them as spoilers are doing their source materials a disservice. Would spoiler-messengers rather bask in the tools of good storytelling or reduce an issue/book/episode/movie to a few points of trivia to be sprinkled on the heads of the uninitiated?

However, a bunch of short stories in a vacuum don’t compare to hours of ritually following a serial drama to its hyped finale. Also, even if a study only indicates a minority of the audience didn’t like being spoiled, that result is all that’s needed to verify that spoilers are rude. When Stephen King tweeted out King Joffrey’s fate in an episode of Game of Thrones, it doesn’t matter to the spoiled audience that the books already existed for over a decade or that the rest of the episode was gorgeous (though that was a fair consolation to me at the time). There was a personal investment, a genuine interest in following events in order through individual engagement, that was violated. Someone else stepped onto the stage and interrupted the show.

There was another study, this one from researchers at University of Amsterdam and Albany State University in 2014. They found that, “unspoiled stories were more fun and suspenseful. Surprisingly, unspoiled stories were also more moving and enjoyable in general.” (Communication Research hosts the article behind a paywall, but Live Science has an interview here.) The researchers’ mission was spurred directly by the 2011 research. I owe a big thanks to them for challenging the years-old research and social suggestion that wanting to enjoy a story at its own pace is a request only thin-skinned people make.

There’s still the matter of how long to wait after a new release before bringing up plot points in public – common etiquette and practice I see online seems to suggest at least a week, but your tastes and friends may vary. In any case, please respect your fellow fans’ wishes to enjoy their stories as spoiled or unspoiled as they want.