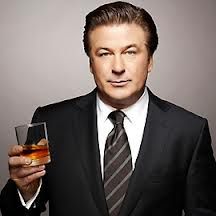 Jack Donaghy: ruthless businessman, charming womanizer, Reagan fanboy, possessor of better hair than everyone on the planet. He’s the CEO from 30 Rock that everyone loves to hate loving. In the tradition of our “If X Blurbed Books” feature, we’re re-imagining Jack as the head of a Big Six publishing house, and taking the words out of his own mouth:

On the Random House-Penguin Merger
Okay, in my defense, every April 22nd I honor Richard Nixon’s death by getting drunk and making some unpopular decisions.

After ugly-crying during Les Mis

When Thomas Pynchon refuses to go on Oprah to promote his new book
How DARE you hang up on me. I’m a corrupt cop, my brother’s a corrupt fireman. He’s gonna SET YOU ON FIRE and I’m not going to investigate it.

While signing Ghostface Killah for a memoir:

Book Deals Newsletter
Sign up for our Book Deals newsletter and get up to 80% off books you actually want to read.
Thank you for signing up! Keep an eye on your inbox.
By signing up you agree to our terms of use
Ghostface, you think you could mention donaghyestates.com at any point?

When Gillian Flynn left for another publisher:
I had the perfect woman. Gorgeous, brilliant, always let me be the hat in Monopoly. Why is this happening to me? God, are you punishing me because my hair is better than yours?

After yelling at an intern who told him Tea Obreht hasn’t returned his calls:


I have to apologize. You know what they should do with people like her? They should round them all up and put them on an island. Oh, wait, they already have. It’s called Manhattan.

Refusing to give a statement about the DOJ suit to the New York Times:
Shh… You know how the media are. They wait for a mistake and that’s all you are. It happened to Hitler. No one ever talks about his paintings.

At the first secret meeting with other publishers to COLLUDE:
I’m no stranger to the art of japery. At Princeton, I was in a secret society. I shouldn’t tell you this, but one time, we snuck up to Dartmouth, put their mascot in a box, and sent it to Mexico City. We didn’t know until the next day that it was an actual Indian. He didn’t speak a word of English. Like all Dartmouth men.

At the second meeting, when someone suggests they should rethink their COLLUSION:
Letting morality get in the way of making money. I might as well go and… [whispers] be a teacher.

Reading Richard Ford’s new book:
Wow, that is inspired. You are truly the Picasso of loneliness.

In a Random House memo, after the success of 50 Shades:
And I think we can both conclude that we finished Q-one with better than expected results. And I can promise that my performance will improve, especially if you’re a little more flexible on your end.

On hearing that Salman Rushdie might be getting married a fifth time:
I may not be there for your wedding. It breaks my heart to realize that. But I want to offer you one piece of fatherly advice: do not hire Sting to play the reception. He’ll insist on doing jazz versions of Police songs, and it’s just… demoralizing.

On meeting Hilary Mantel:
I like you. You have the boldness of a much younger woman.

After getting last year’s hardcover sales stats:
Jack Donaghy: Lemon, come here – you’ve got to see this. It’s a video of a baby panda sneezing. Sit here.
Jack Donaghy: Don’t watch the mother; just watch the baby.
Liz Lemon: Oh, that is the cutest thing I’ve ever seen!
Jack Donaghy: Isn’t that adorable? You have to fire ten percent of your staff.