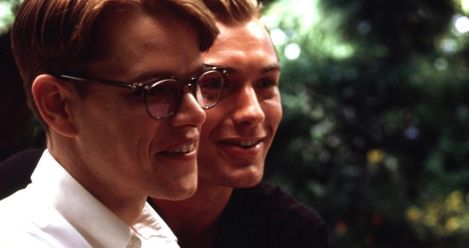 In a 2015 Book Riot article, Judy Heflin wrote that modern technology would essentially eliminate the plots of many classic books. I’ve always thought this too. Shakespearean productions in modern dress, for example, require a large suspension of disbelief. Imagine how many coincidences, besides failing to deliver a letter, would have to occur to prevent Romeo from learning about Juliet and Friar Laurence’s plans.

Certain types of stories are no longer plausible in today’s minutely documented world. Identity theft still happens, but a dramatic form of identity theft is possible in books that take place long before the internet. People can completely reinvent themselves, making up fictitious personae or stealing dead people’s identities. It’s always fascinating to wonder how long they’ll get away with it.

The Devil in the White City, a nonfiction book that often reads like a novel, combines the stories of infamous serial killer H.H. Holmes and the 1893 Chicago World’s Fair. Born Herman Webster Mudgett, he moves and changes his name to Holmes after he is first suspected in a murder. Author Erik Larson speculates that the name is a reference to Sherlock Holmes. This seems like Holmes’s attempt to mythologize himself into a larger-than-life character. At this point, Holmes is already a doctor. The idea of a doctor with a fictitious identity and no paper trail is staggering to me.

The name change allows Holmes to lead a double life on several fronts. He marries a third woman while still married to two other women under his original name. Many scenes in the book are graphic and disturbing. Holmes’s medical knowledge helps him to avoid detection. He purchases a combination pharmacy and apartment building, which contains tunnels to hide his victims, near the World’s Fair grounds. The story is riveting, and Leonardo DiCaprio holds the rights to turn the book into a movie.

Tom Ripley from The Talented Mr. Ripley is one of the most devious imposters in fiction. Both Patricia Highsmith’s novel and Anthony Minghella’s 1999 movie adaptation are excellent. The movie emphasizes Tom’s sexual attraction to shipbuilding heir Dickie Greenleaf, while the book leaves it implicit. In the film, Tom murders Dickie after he feels that Dickie rejected him, while in the book, it seems more premeditated.

Regardless of the exact motives, Tom’s attempt to become Dickie after he murders him is equally terrifying. Dickie had lived on the Italian Riviera and spent months or years without contacting or seeing his wealthy, American parents. There are plenty of people in Dickie’s social circle who know his family but might not recognize him. All of this would be impossible in today’s hyper-connected world. Much of the suspense comes from knowing that Tom’s and Dickie’s social circles will eventually collide. However, the slow pace of Dickie’s privileged lifestyle buys Tom a lot of time.

Nowadays, most people’s digital footprints and paper trails make reinventing oneself in such a dramatic way difficult if not impossible. Murder is an extreme motive for creating a new identity. But with modern technology, particularly the internet, con artists like H.H. Holmes and Ripley might be detected as soon as they tell their first innocuous lies. Tom Ripley initially works his way into Dickie’s circle by pretending to have been his classmate at Yale and then escalates. Identity theft still happens, but there are many modern complications for true crime and thriller writers to consider. As unnerving as they are, con artists like Holmes and Ripley use their identities as blank slates in a way that I find fascinating.