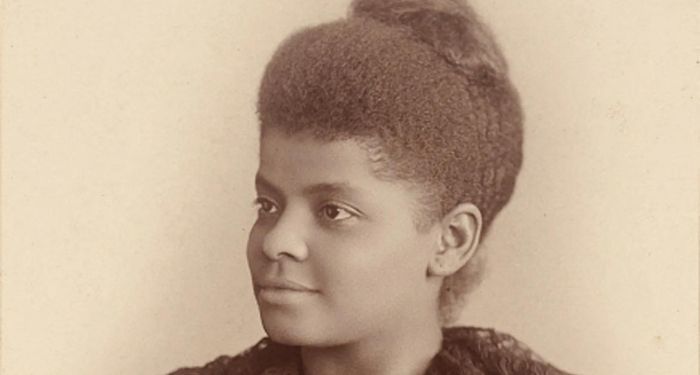 “I’d rather go down in history as one lone Negro who dared to tell the government that it had done a dastardly thing than to save my skin by taking back what I said. ” —Ida B. Wells

Journalist. Activist. Feminist. All these words are accurate for describing Ida B. Wells. While she is best known for shining a light on the atrocities of lynching, the accomplishments she achieved during her life time have had a lasting effect on journalism, civil rights, and feminism as a whole. But what exactly did she do to cause these impacts? And what kind of effect has it had in our modern world? That’s what we’re going to dive into today to get more knowledge on who exactly she was.

Wells was born into slavery on July 16, 1862. When the Civil War ended, her family were freed by order of the Emancipation Proclamation. During what would become known as the Reconstruction Era, her parents became very active in attempts to better the lives of all freed Black people. Her father, in a move that could be said to be extremely progressive for the time, instilled the importance of an education in Ida and her siblings. She attended Rust College for a period of time but was later expelled for starting a dispute with the university President.

In 1878, while Wells was visiting her grandmother, her town was struck with an outbreak of yellow fever which resulted in the death of her parents and youngest brother. Even though family members thought it would be wiser to send her siblings to foster homes, she refused and instead became guardian to her surviving siblings. She took on a job as a teacher to help make ends meet, living with her paternal grandmother, Peggy. When Peggy had a stroke and one of her sisters died, Wells and her two other sisters moved to Memphis where she continued her career in education.

“The way to right wrongs is is to turn the light of truth upon them.” —Ida B. Wells

Life continued to be a challenge after moving to Tennessee. There was an incident where a train conductor demanded she give up the first-class ticket she paid for to a white woman. When Ida refused, the conductor, along with two other men, threw her off the car. She ended up suing the railroad company for this act of discrimination.

While the first lawyer she hired took a bribe from the railroad company and dropped her case, the second lawyer wasn’t so easily persuaded to follow suit. He ended up winning her case on the local level, for which she was paid $500 by the railroad company. However, the railroad company took it a federal court that overruled this initial judgement. This resulted in Ida having to pay the associated court costs.

During her time in Tennessee, Ida began writing for the Free Speech and Headlight newspaper under the pen name Iola. She purchased a third of the business as well, making her part owner. Unfortunately, due to her published opinions about the states of segregated Black schools, she was relieved of her teaching position. While saddened, she focused even more on her writing, determined to shine a bright and glaring light on the injustices facing Black Americans.

After a horrific act of violence that became known as the People’s Grocery Lynchings resulted in the murder of three Black men, including a close friend, Ida focused her writing on attempting to put a stop to this act. Previously, lynching was “justified” by white mobs as a way to protect their daughters from the “beast-like nature” of Black men. And when Ida wrote about it, she didn’t hold back on her opinions about the matter and what it was really about; a way to keep Black folks, men especially, in line.

Naturally, this article enraged the white population, causing them to retaliate in another violent matter. While Ida was in Philadelphia, a mob attacked the church where newspaper was run from, destroying it completely. Since it was reported the white mobs and railroad companies were on the lookout for her, Ida stayed in the north. However, she was not deterred from her mission and continued to write her anti-lynching pieces.

She eventually published Southern Horrors: Lynch Laws In All Its Phases and The Red Record, which showcased lynching in all its horrific nature. While these publications helped to draw the attention of the North to the violent acts, there wasn’t much of an outcry or demand to stop it. This is likely due to the oft-accepted idea that the North viewed allowing it as a way of keeping the South quelled after the defeat of the Civil War. It is also theorized that this was a surefire way to have to worry about competition from Black businesses.

Perhaps realizing that she wouldn’t get much support from Northern whites for the aforementioned reason, Ida decided to look elsewhere for allies. In 1893 and 1894, she went on a speaking tour in Britain to showcase her works about lynching. This opportunity was offered to her after an aging Frederick Douglass declined it and recommended her in his place.

Before she left for her second tour, she told William Penn Nixon, editor of the Daily Inter Ocean — one of the few white newspapers that was anti-lynching — about her planned trip. He asked her to write about her tour and experience, making her the first Black American woman to be a paid correspondent for a white newspaper.

On that tour she spoke at many locations, using her previously published works, notably Southern Horrors, to illustrate the violence of lynchings. She found the allies she was seeking across the pond. The people in the crowds were horrified by an unfiltered presentation of the violence that Black Americans were facing. On her second to last night there, the London Anti-Lynching Committee was formed. This was reportedly the first organization of its kind.

Her work during these tours gained her publicity in both British and American press with the latter, of course, being less than flattering. Still, she persevered, fully showcasing that she stood by her statement noted above.

After her Britain tours, Ida settled in Chicago. Here she married Ferdinand L. Barnett in 1895. Barnett was an attorney as well as a fellow journalist and activist and their relationship was reported to be one of mutual respect and teamwork. This was pretty much unheard of at the time, since women were expected to remain in the house. Barnett had two children from a previous marriage and together the couple had four more.

After the birth of her first child, Ida began the balance of navigating a career with a family. She didn’t want to stop her writing, activism work, or touring. She was even reported to take her children out on the road with her to her speaking engagements. She later mentioned in her autobiography that this was a challenge but, as with every other that was presented to her, she tackled it head on.

She also established the first kindergarten for Black children in the lecture room of the Bethel AME church. She knew firsthand how unbalanced the education Black children received was, and had always been against the idea of segregated schools. She recognized that if these opportunities were not going to be given to Black people, they would have to be created.

Ida was also very active in the Women’s Movement. She helped to establish the Women’s Era Club, a civics group which was later renamed the Ida B. Wells Club. While a staunch supporter of Women’s Suffrage, she also knew that there was still a racial divide there. While white women fought for the right to vote, Ida was quick to remind them that they also had to be aware of their own complicity in the acts of violence that were still being done against Black men. This led her to be staunch opposition with a good number of white suffragists, including Frances Willard.

In 1896, perhaps knowing her advice to white suffragists would go unheeded, she helped to establish the National Association of Colored Women’s Club. Due to her outspokenness on this, and all other issues, she was also viewed as a controversial figure based on her prior works. As a result, she was purposefully excluded from the meeting when the organization met in Chicago in 1899. This was understandably a blow to Ida.

Still, she continued the fight for civil rights for Black Americans. In addition to the groups mentioned above, she also helped to found the Negro Fellowship League and the Alpha Suffrage Club, one of the groups that participated in the 1913 Women’s Suffrage March. It was during this march that Ida famously crossed the “color line” and marched with the white women in attendance.

In the 1920s she returned to both her journalist and Southern roots by going to Arkansas to report on the Elaine Massacre. She even tried her hand at politics, unsuccessfully running for a chair in the Illinois Senate.

“One had better die fighting against injustice than die like a dog or rat in a trap.” —Ida B. Wells

Ida died of kidney failure in 1931, while she was in the midst of writing her autobiography. It would later be published posthumously by her youngest daughter Alfreda in 1928 under the title Crusade for Justice: The Autobiography of Ida B. Wells.

Since her passing, Ida has had multiple honors bestowed on her. Her face has graced a stamp. There have been monuments built in her honor. In 2018, Chicago’s City Council renamed Congress Parkway as Ida B. Wells Drive, marking it the first downtown Chicago street named after a Black woman.

In more recent years, she was honored with a Pulitzer Prize Special Citation in 2020 for her courage in speaking out against lynching. Writing articles of that nature would be considered dangerous on some level even now, let alone in the tumultuous time she originally did. A high school in Portland, Oregon, that had been named for Woodrow Wilson was re-christened with her name in 2021. And in 2022, she was honored by Mattel by having her likeness fashioned into a Barbie doll.

There are many journalists, writers, and activists no doubt influenced by Ida. More respect and honor needs to be paid to her and others like her who had to courage to demand that the country they were in respect and recognize them as humans and equals.