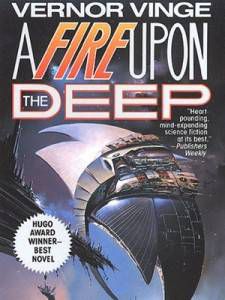 Recently, BoingBoing shared a news article about Chris Meadows, who discovered that his copy of A Fire Upon the Deep had vanished from his nook, “effectively stolen,” as he put it. It had been replaced by an off-brand CliffNotes study guide to the same book, but not actually the book itself. Which is sort of like having your dinner replaced with a photo of it. We’ll come back to the food metaphor later, but first, the properly ridiculous part: When he contacted Barnes & Noble about what is a pretty simple glitch of a problem, their response was a sort of vague shrug and a suggestion that maybe he could just buy the book again?

Some of this isn’t totally surprising because, to be honest, a lot of Barnes & Noble’s problems can be traced to the fact that they deal with many issues by vaguely shrugging, or vaguely hand-wringing. Not replacing the book seems pretty stupid (is it going to break their bank?) and just speaks to apathy. Chris Meadows added, “is it any wonder Barnes & Noble is having such a hard time competing with Amazon?” And it’s true. Say what you will about Amazon, at least the trains run on time (sorry). 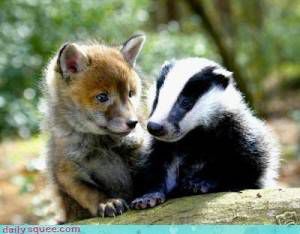 Remember when Amazon pulled that edition of 1984 from everyone’s Kindles? Combine that with the story above. Combine these things with the Scribd audiobook of Terry Pratchett’s Going Postal, which I’ve been listening to for a couple weeks now but which announced yesterday that it was no longer available in my territory, yer outta luck pal. (Fortunately it was my umpteenth listen). I have to admit, this is one of the issues which has kept me from ever going all-digital. I know my natural preference is print, but this is a concern of mine.

(Before I go further, I want to emphasize that I’m not stirring up the paper versus ebooks argument, because good lord has that been beaten into the ground. I’m just talking book features right now.)

Let’s do some perfect world scenarios. Here’s what should’ve happened with the audiobook: they should’ve let me finish my listen, but not begin it again after that. Anyone already into it can finish, but no one can start a new one. It’s much like restaurants, which stop serving at certain hours, but won’t necessarily kick you out that instant if you’re finishing up your meal.

The restaurant metaphor carries onward to the deleted ebooks, by both Nook and Amazon. If, say, a fast food place burned your food, they wouldn’t say “hey we burnt your shit. Sorry. Um. You can go order it again if you want?” You’d never go back to that fast food place again, I don’t care how delicious their tacos are. They would replace your stuff, or give you your money back. Hell, they’ll do that if you start eating and it’s not what you wanted, most of the time. This is pretty basic stuff. All the ebook publisher has to do is to replace the book that’s vanished from your device with an equal version of the book (or refund your money). Again, the metaphor is that they brought you your food, let you get a good smell, and then whisked it away and replaced it with a photo of that food. The place would be a cinder in no time.

The problem is that these businesses — Amazon and Barnes & Noble equally — are device obsessed, and not product obsessed. Like a restaurant who is obsessed with getting you into the booth and making sure it’s the best booth, but they don’t care about the food. They really want you to buy a lot of Nooks, a lot of Kindles, but the ebooks themselves are secondary, ephemeral. I suspect you’d have much less trouble getting these places to acknowledge and deal with physical problems to the actual reading unit, nothing like this ebook issue.

Thinking it through, that’s so much of my problem with ebooks, and why what I have tends to be gotten on sale, or for free. The companies themselves openly devalue the ebooks, and in a way so do I. A book I really value, I buy in a nice physical form, because now it’s solid, and it’s a definite object in my life, which is what I personally am after. They control the very ebooks themselves, and can do with them as they please, and that lack of caring makes it a worrying prospect.

I recognize that the ebook deletions I discussed above are only a couple of meager examples (and the Scribd example can’t be helped with current laws), but they’re just small ways for companies to demonstrate the attitude I’m complaining about, which is why I bring them up, and not because there’s currently a plague of deleted ebooks happening. I would really like to use more ebooks than I do (would I actually though? Possibly not. Ebooks slow me down for some inexplicable reason), but as it stands, I’m too nervous to make it happen.

Finally: above, Chris Meadows mentions that it wasn’t the end of the world because he had a copy of the book in his Baen Free Library disc. Do you remember those? I was a big Baen fan as a teen, and that disc was amazing future-tech to me, in an age when ebooks and readers hadn’t really happened. It was just a CD pasted into the back of a hardcover. On the disc was nothing fancier than a giant pile of text files and (if I recall correctly) book covers. Just a ton of Baen novels, actual and whole, just given to you. I adored it, because I love stuff that feels like a science fictional future. Looking back on it,  another reason to love it was the same reason Chris Meadows mentioned it: that CD is untouchable. Those books are just sitting, all yours. Baen isn’t going to reach into the CD and delete them. It doesn’t matter if Baen respects and cares about the books or not, because you’ve got them.

This last paragraph sounds very Charlton Heston ranting about taking guns from his cold dead hands or something, but that’s why this isn’t my full point. My full points are up there. The solution isn’t that we need to secrete our ebooks away on CDs or in a bunker or something, the solution is a company that cares about them, assumes that you care about them and aren’t trying to scam them out of an inexpensive book. Basically, Barnes & Noble, look toward some restaurants and be like that. (And I don’t mean open a restaurant inside your stores, please don’t take me literally, that is virtually the only thing you haven’t opened in your stores…)

In conclusion: I want to go read books in a restaurant while eating tacos. I’m very confused and hungry.