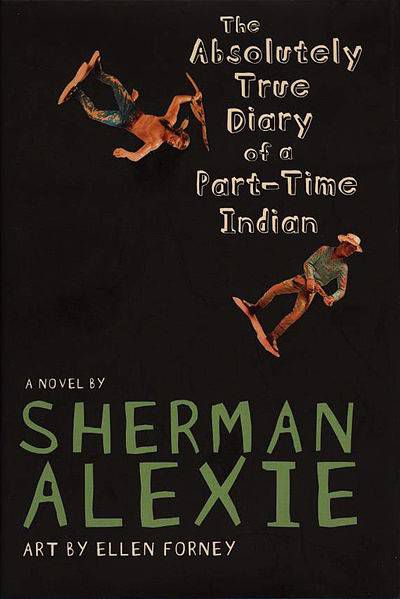 When I was 10, I read my grandfather’s copy of The Shining. My father saw me reading it, and a few minutes later I heard him trudge into the living room. “Isn’t she too young to be reading that Stephen King book?” My mom: “She won’t understand half of it. And she likes it. Just leave her alone.”

Neither of them said anything when I was 11 and a neighbor gave me a box of dime-store horror novels, full of awfully-written sex scenes and graphically violent serial murders. Instead, they hopefully gave me a copy of Anne of Green Gables that Christmas, which I tossed aside for Interview With the Vampire and never actually read until my senior year of high school.

Basically, I was a book banner’s worst nightmare. If it was violent, trashy, full of the supernatural, and rife with swear words, I was the kid that would find a way to read it. Not out of some kid-rebellion, but just because that’s what I liked to read. The books were fast-paced, made me scared to go to sleep at night (a thrill I found totally fun and simultaneously hated), and set me apart from my peers who were still reading The Baby-sitters Club.

And you know what? I’m not a nymphomaniacal serial killer. Recent attempts by book banners to remove SPEAK and Absolutely True Diary of a Part-Time Indian from school shelves and reading lists because of their content confuse me–what do they think is going to happen? Twelve-year-old kids will suddenly turn into sex-crazed storms of curse words? My father was just being a parent when he expressed concern about my reading The Shining, but he didn’t rush down to the local library to make sure all the copies of the book were behind glass so no other young people could read them.

I don’t think these “concerned” parents are as concerned about their kids being influenced by the books as they are about everyone’s kids losing some vague child-like innocence–a fear that I think isn’t really based in reality. When I was huddled in my room reading some Dean Koontz thriller, it wasn’t any more or less violent than the images from the Gulf War or Bosnia that I watched on the news every night with my parents. Middle school-aged kids (who seem to be the usual target for book banning brush-ups) know that the world isn’t sunshine and roses. They know that sex is a thing. They know (probably from their parents) that the word fuck exists.

I’m not saying all books are appropriate for all ages, obviously. I’m not even saying that parents shouldn’t guide their kids’ reading material. If that’s how you parent, rock on with your bad self. I’m just saying can we (as parents) please, pretty please, have more faith in what young people can understand and process and handle? And maybe, instead of clutching our pearls when a 12-year-old reads a book that mentions masturbation, we could cultivate relationships with our kids wherein when they do read something in literature that bothers them or that they don’t understand, they will come to us and open a dialogue about the reality of the world? Even if it’s just to say, “You can close your curtains, hon. There’s no such thing as haunted hotel topiary animals that come to life to hunt you.”