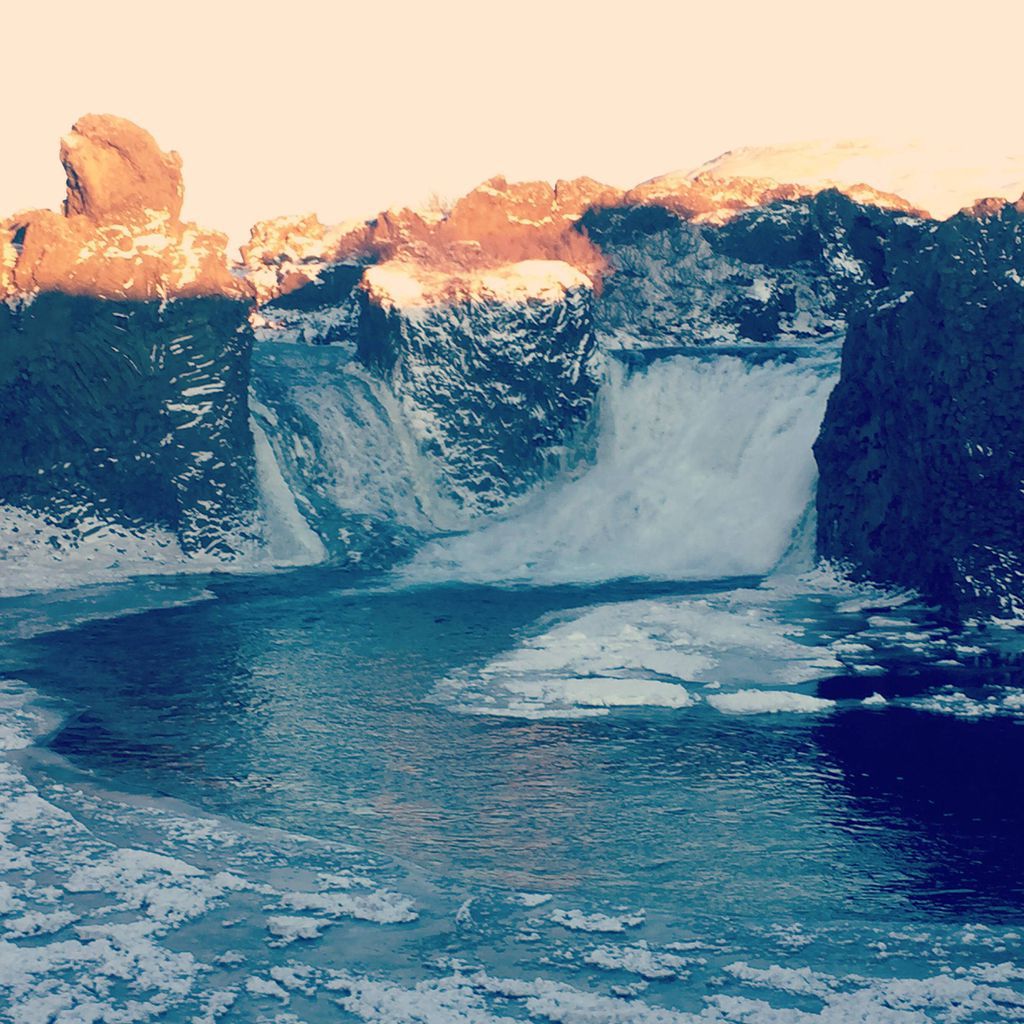 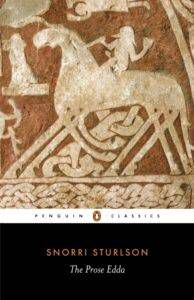 I know, right? I was all excited to do the collaborative-folklore-social -media-snark-fest redux and boom: The Prose Edda brick wall. Not because this version of the Norse cosmology is too good to invite commentary but because it is completely bereft of the joy, absurdity, humor, sex, and shenanigans which make the Poetic Edda such a rollicking good journey through mythology and culture.

Reading in translation is always a risk. Nuances are lost, cultural biases revealed, etc. Sadly, the extent of my my Icelandic is a Duolingo course which, while decent for asking where the bathroom is and if that really is putrefied shark on your plate, isn’t much help with ancient Norse poetry. I deliberately, however, chose the Penguin Classics edition of The Prose Edda because Penguin is generally pretty reputable as such things go (as are the various academic presses if you want to shop around).

I was about two lines in before I sat, getting my confusion on, trying to decide if I’d started in the wrong place or if I was being messed with. The very first god mentioned in The Prose Edda is the Judeo-Christian one; no offense to It or to those who do believe, It isn’t among the group for whom I’d paid admission. Raising my eyebrows even further was a mention of Odin being from Troy. Yes, that Troy. The Greek one with Hector and Achilles and all of their friends, the Troy that spawned the immortal line, “You’re such a Cassandra.” 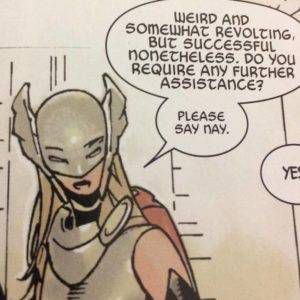 I tried. I really did but I was so utterly confounded I couldn’t snark. So unexpected and impenetrable were these new tidbits, I did something I almost never do when I’m reading for pleasure (shame on me, I know).

I went back and read the introduction.

I… may start doing that more often.

Turns out things like Odin being born in Troy and migrating to Scandinavia is what happens when, instead of striving for cultural understanding and integration, an author satisfies himself with cultural appropriation.

Over at GeekMom, I did a write up of the Folklore in Comics panel I attended at Emerald City ComicCon. During the hour, the panelists discussed the differences between using bits and pieces of a culture in writing as it suits the author (cultural appropriation) vs. taking the time to study another culture and using it in one’s writing as the originating culture intended the information (or myth or character) to be used (for some examples of the later, aka “Doing it Right,” see Jim Zub’s Wayward, Zack Davisson’s Yuri: The Japanese Ghost, and Kel McDonald’s Misfits of Avalon).

Jesse L. Byock’s introduction to the Penguin Classics version of The Prose Edda suggests the credited author (there was likely more than one), Snorri Sturluson’s version of the old tales was intended to serve a very specific purpose. He was attempting to place the Nordic countries into continuity with long-standing European tradition. He was inventing new origins so as to give the traders and rulers making contact with the rest of the world cultural, economic, and social credibility. The work, Byock explains, was also intended to ease Iceland into Christianity, a transition which, in contrast to many other parts of the world happened smoothly and relatively bloodlessly which would indicate his experiment was, at least to some extent, successful. In the social sense.

From a literary perspective, The Prose Edda a mess. It’s a mess because what Struluson committed the same sin modern authors have in adapting someone else’s culture to his own (this is a little different than the Romans renaming the Greek gods in my mind. That was more of a wholesale deal, but that opinion is firmly in the “mine” camp).

It’s obvious from what Struluson (single name for the sake of brevity) chose to include in The Prose Edda that he had only a basic knowledge of Greek myth and had done very little, if any, study of Greek history. He made Thor, for instance, Priam’s grandson. In earlier myth, Hector’s son’s name was Astyanax and he had a pretty well fleshed out life. He never went to Iceland. Sturluson also equates the term “Asian” with “Æsir” which, while it explains the ethnic makeup of Thor’s comic book battle squad, doesn’t make any sort of sense DNA wise. Another of Odin’s sons being ruler of “France” would have been news to the Gauls.

Worse yet, Sturluson committed the same atrocity upon his own culture. He took names and events and sanitized them, removed much of what made them Norse in the attempt to make them Christian. He cherry picked his own stuff. One line devoted to the fact a gender-fluid Loki lured a stallion away from his owner, a giant trying to screw over the Æsir, flirted with him, had… um… relations with him and then had his eight-legged baby. One line. And it’s a very blah line in comparison to the Poetic version. 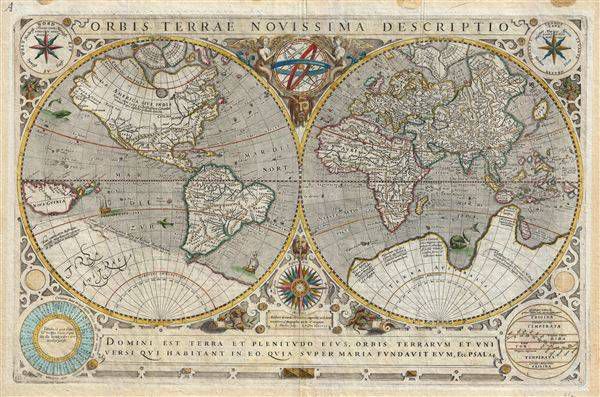 Look, this was long ago. Communications and contact were limited. I doubt Sturluson spoke Greek and the Christians were breathing down everyone’s necks. While I won’t say he gets a pass as such, it’s understandable. But The Prose Edda could be a primer on the havoc one wreaks when one goes the cultural appropriation route and all readers and writers should take note.

These days, we have no excuses. We have the internet and e-mail, instant messenger, inter-library loans, and a whole host of other ways to obtain good, reliable, information. As one can obtain it, one has the responsibility to do so.

Yes, it may take a little longer to complete a novel if you do full on research and interviews and journal searches. It may take a lot longer. But something else we’ve learned since Sturluson’s time? Cultural appropriation doesn’t simply make bad literature, it is damaging. It’s damaging to the culture in which the story arises, it’s damaging to readers, and it contributes further to misunderstandings which are already costing countless lives.

Where do you think stereotypes and generalizations come from in the first place? Many people fear that which they do not understand and writers who draw as they like, even those who may think they’re being careful or contentious, are giving glimpses which only serve to further isolate “the other.” Whether consciously or unconsciously, authors who appropriate slices of culture often tend to do so when representing one or the other side of the “virgin-whore” coin, to represent highest good or lowest evil, and whether they intend it or not, there’s a very real possibility of fallout. Sometimes, that fallout lasts decades or even centuries.

The very real people represented in instances of cultural appropriation deserve better. Readers deserve better. And beyond being damaging (and perhaps less importantly but not unimportantly) cultural appropriation is lazy writing. It’s a tired, outmoded, often racist/ethnocentric/inherently xenophobic shorthand that has no place in any sort of writing, be it non-fiction, speculative-fiction, or any other sub-genre under any other umbrella.

Snorri Sturluson may not have known better.

We do. No matter what the mission, responsible writers and discerning readers (which I know you all are, that’s why you’re poking around here, right?) know better.

It is thus, to begin if we haven’t, or to continue if we have, to demand better.