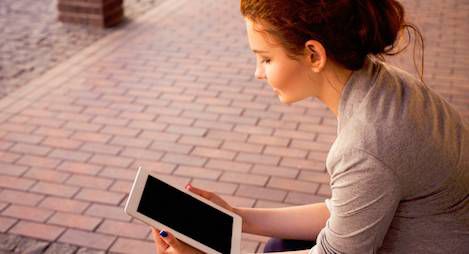 “But is it because the authors are women and the industry is women? Or do you actually like the books?”

When I got these questions about my romance reading habits from a close friend recently, I vaguely wondered what it would cost to get stickers or fliers made that say, “Yes, I’m an intelligent feminist who reads and enjoys romance novels. No, there’s nothing contradictory about it.” Instead, I just patiently explained. Again.

I’d had this conversation before. At the same bar. Possibly with the same person. For some reason, a lot of my friends have a hard time wrapping their minds around my assertion that romance (in the right hands) is one of the most feminist sectors of entertainment there is. But—I’ll repeat it as many times as I have to—it is.

A lot of that does have to do with the industry. Romance is written, edited, and published primarily by women, which is rad. But it’s also because there are a lot of good authors writers writing really interesting, dynamic, and—dare I say—badass female characters.

A lot of people think of or talk about romance as escapism, which is cool. There’s nothing wrong with reading romance—or fantasy or literary fiction or memoir or anything else—as a means to escape into a story.

Believing that romance can only serve as escapist entertainment, though, and ignoring the connection that readers can find with the stories and characters does a disservice to the writers who are telling the stories, often of people who are under-represented in fiction. Even worse, it dismisses the experiences of readers who have a hard time finding their stories and happy endings represented outside the romance genre.

Everyone gets to read what they like for whatever reasons they want without other people keeping score. But that’s a two-way street: never forget that you are not the arbiter of what is important to other people. If someone you know connects more with a male/male suspense romance set in Victorian England than they did with The Scarlet Letter, that’s not your problem. It’s not a problem at all, in fact. It’s an opening for you to have a conversation with someone about what they liked about a book. Maybe you’ll learn something about a person or a style of writing.

As for me, I sometimes read romance for pure entertainment, distracting myself at the gym or on a plane. Often, though, I’m reading for the same reason I read any other fiction: a good story, clever writing, and most importantly, characters who are interesting and multi-dimensional. Some of the most interesting female characters in particular I find across all entertainment media are in romance, and it’s one of the things that I love about the genre.

Below are four examples of the kinds of badass heroines who illustrate what I mean from romances published this year: 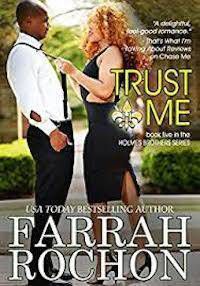 Mackenna Arnold from Trust Me by Farrah Rochon: It’s not terribly common to find a woman in a story (in any format of entertainment media) who is good at her job and has been successful in her career, but still struggles. Fictional talented professional women struggle in their personal lives—they don’t usually have trouble in their jobs. But Mack did, and despite her frustrations, questions, and challenges, you never doubted her dedication or her skill. Rochon gave her the space to deal with real challenges of sexism and politics (both big and small “p” politics) without calling her abilities into question. And that’s the story of so many real life women I know. 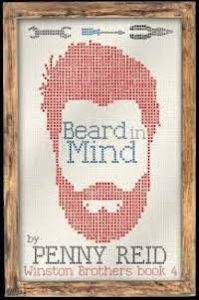 Shelly Sullivan from Beard in Mind by Penny Reid: Shelly has severe obsessive-compulsive disorder (OCD), and it’s contributed the erosion of the most important relationships in her life. More than anything, she wants to reclaim and rebuild those relationships, and she rearranges her life to try, despite being unsure she’ll succeed. Despite the grit, pain, and raw determination that characterize her story in many ways, Shelly is one of the most subtly but completely hopeful characters I’ve read about in a long time, and I find that utterly compelling. 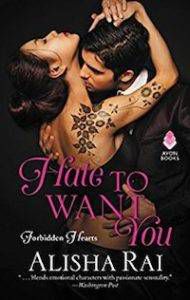 Livvy Kane from Hate to Want You by Alisha Rai: I will fully admit that if I were a close friend of Livvy’s, I would have been among the first to tell her to run for the hills instead of going back home to in a place full of jaggedly painful memories and relationships. What Livvy understands, though, is that there will never be a time when relationships magically become un-messy, and the path to health and happiness is through—not around—the challenges that we might have left behind once upon a time. Waiting until you’re ready and equipped with the tools you need isn’t the same as waiting until everything and everyone else is perfect. 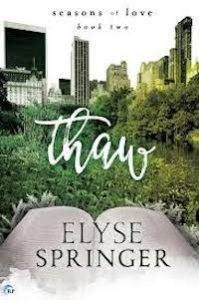 Abby from Thaw by Elyse Springer: When I first read Thaw, I wondered whether Abby would be able to find a story like hers—an asexual romance—in the library where she works. Her frustration with the assumptions that people make about her and her relationships suggest that she sometimes feels rather alone in her asexuality, but she’s confident in her identity and unwilling to let anyone else’s expectations dictate her actions. Springer has given Abby one characteristic that is uncommonly found in romance—and in fiction broadly—but it merely serves as an additional dimension for a woman who is unwilling to let uncertainty or convention derail her as she deftly navigates romance in pursuit of her happily ever after.

Worth noting: These are all examples from contemporary romance, since that’s what I’ve been reading lately, but I have no doubt there are examples from other subgenres—feel free to drop your favorite badass heroines in the comments for the good of all of us readers.