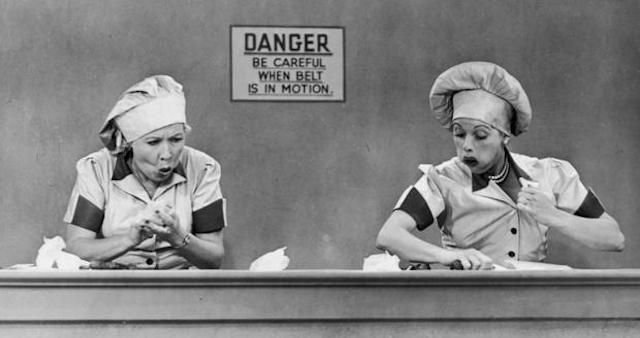 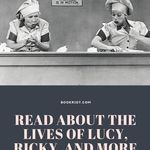 My sophomore year of high school, one of the assignments we had was to pick a biography or an autobiography of someone famous and prepare a series of reports and speeches about them. Immediately, I knew who it was I wanted to read and write about: Lucille Ball. I grew up with a deep love for I Love Lucy, and I’d picked up a book about her at the local used bookstore, so it was the perfect opportunity to spend more time with my favorite funny lady.

I Love Lucy was the first DVD series I ever owned, after owning a few of the compilations on VHS. Imagine my thrill in discovering the show was on Hulu—I’m well aware I’m a bit behind the 8-ball here. I immediately set to watch my favorite episodes (“Vitameatavegamin” and “Job Switching” in one quick go).

It made me want to return to reading about Lucy, about Ricky, and about the real stories behind the stories they shared on television. What we got on screen was, of course, not the entire reality of what went on behind the screen.

Despite the fact Arnaz was Cuban American, the bulk of these books are written by white authors. It’d be really fascinating to see new books about Lucy, Ricky, Fred, and Ethel from a modern perspective, particularly how the history of Cuban immigration—and the ways a mixed-race marriage were portrayed on television in the era of the show—from contemporary writers of color. 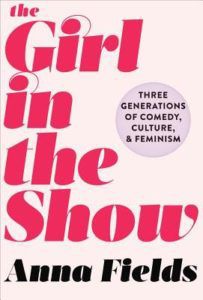 The Girl In The Show by Anna Fields

This book isn’t entirely about Lucy or Ricky (nor Fred or Ethel), but it is a really fantastic look at the history of female comedians and how the earliest names in the business really created the path forward for those who are making names for themselves today. What struck me about this book was how much space was devoted to Lucy, specifically how Lucy really was at the forefront of feminism and women’s rights during her era, and how, at the time, there wasn’t quite the language or understanding of the profound impact her work had on either. 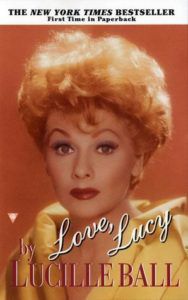 This was the book I picked up and did my assignments on in 10th grade, and what I remember about this particular title is what makes it stand out: this is a fan-service autobiography from Lucy. It was written at the height of her fame, and while it certainly digs into the less-than-rosy aspects of her life and story (particularly the rocky parts of her relationship with Desi Arnaz), the goal is less about offering up the whole truth and more about leaving fans feeling like she’s the kind of person they’d love to spend a day with. 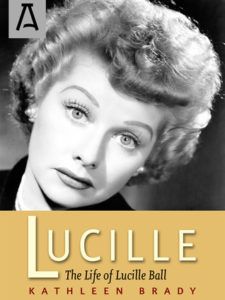 Lucille: The Life of Lucille Ball by Kathleen Brady

Of course, we see a lot more of who a person was when it’s written by someone outside of themselves. Brady offers a fuller picture of the real Lucy in this book. Digging into her personal life while also maintaining the humor that comes with the subject herself, Brady’s book takes a deeper look into the life of the beloved comedian. What makes this biography particularly strong is that there are so many interviews with the people who knew Lucy in real life, which offers up far more of the complexity of who she was than who she presented herself as in her performing career. 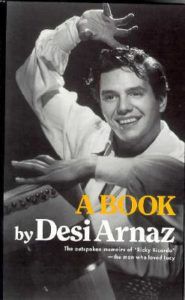 A Book by Desi Arnaz

Written years after his divorce from Ball, Arnaz offers up a look at his life, and though it could be easy for him to make it soapy and gossipy, it’s not. The book follows Arnaz’s childhood in Cuba and his adulthood in the United States (he was a Cuban in exile). Of course, the book goes into how he and Lucy met, as well as offering up deep praise and respect for the work that his wife put into making their company a success. It’s written in his own words, and he offers insight not only into the Desilu production company, but also in his connection to developing television recording technology. Sadly, the book is out of print and pricey at retailers, but chances are you may find a copy at your library. 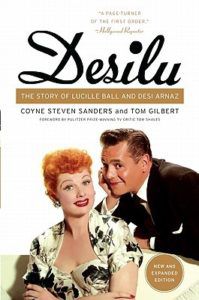 If you love behind-the-scenes stories of famous shows, this is the book you’ll want to page through. Sanders and Gilbert not only give an insiders look at the things fans love knowing about the show, but they’re also able to peek behind the curtain of the couple Lucy and Desi were on stage, as well as off-stage. 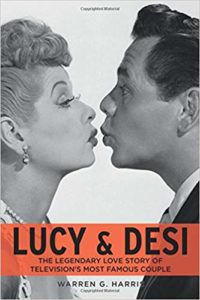 We’ve seen Lucy’s take on the relationship she had with Desi, as well as Desi’s side of the relationship. Harris looks at the relationship as an outsider, digging into the highs and lows both on the screen and off. Their relationship, which many thought doomed to fail early on, lasted for 20 years. But not all of those years were great—and at times, they were downright violent. 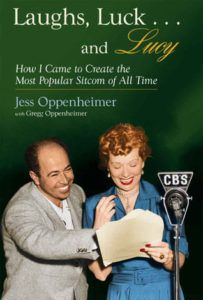 Laughs, Luck . . . and Lucy: How I Came To Create The Most Popular Sitcom of All Time by Jess Oppenheimer

Speaking of books that take a look behind the scenes, Oppenheimer—who Ball credited as the brains behind I Love Lucy—offers up just that in this book. This memoir, which was written by Oppenheimer’s son, includes photos, scripts that were never performed, the script that Lucy and Desi wouldn’t perform, and loads of humor about what it was like to be a television broadcaster of such a show. 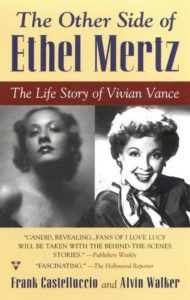 The Other Side of Ethel Mertz: The Life Story of Vivian Vance by Frank Castelluccio and Alvin Walker

Where Ethel and Lucy had a great relationship on screen in the show, the reality off screen between actress Vivian Vance and Lucille Ball wasn’t the same. This biography is pulled from extensive interviews with those who knew Vance, as well as from her own unpublished memoirs, and offers up a glimpse at the life of the actress everyone knew as Ethel. Vance struggled with depression, and at the time of her career’s height, the mental illness wasn’t as openly discussed as it is now, adding even more complexity to her life story. 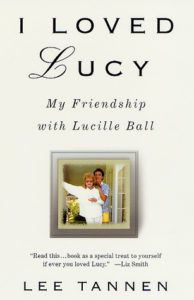 I Loved Lucy: My Friendship with Lucille Ball by Lee Tannen

Tannen was one of Ball’s best friends, and this look at her life—and his relationship with the star—is especially focused on what Ball was like in her later years. The book came out 25 years after Ball’s death, and it offers insight into how she was a friend, how she traveled, and even what it is she enjoyed eating. 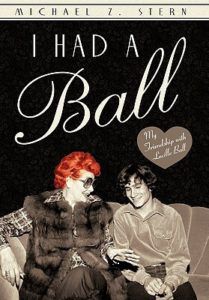 I had a Ball by Michael Z. Stern

Another book written after both Lucy and Desi’s deaths, as well as another book written by a close friend of Ball’s. Interestingly, this book has blurbs from both Desi Jr. and Lucie Arnaz, Lucy and Desi’s two children. Stern was 10 years old when he went to a taping of Here’s Lucy, and over the course of many years, he got to know Lucy well and develop a life-long connection with her.