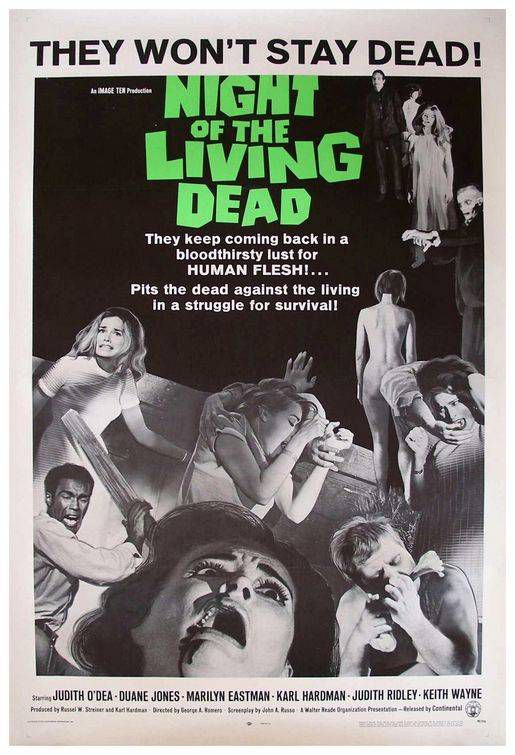 Sometimes what we call the Bookish Community (that’s writers, booksellers, publishers, book bloggers, and of course you, dear reader) are great not only for moral support, but also for mid-course corrections. Let me give you an example taken from my personal experience as a reader: I’ve never been into zombies. I’ve never read a zombie book or seen a zombie television show. The only zombie movie I’ve ever seen, until recently, was 28 Days Later. I don’t really have an excuse. But I do have reasons.

Admittedly, they’re not good ones: 1) Zombies seem too trendy 2) I didn’t like the Zombie “fans” that I met 3) Zombies are dumb. That’s right, folks, and although there might be some of you out there who agree with my former self, I hope you aren’t acting in the same willfully contrarian spirit that I was.

In a mode of reconciliation, let me argue against my own, now obsolete, complaints.

1) If zombies are ‘trendy’, that’s been true for a while. It’s been true at “least” since George Romero’s legendary Night of the Living Dead. And when something keeps being popular for a long time, it’s not a trend anymore. It’s part of American culture.

2) Avoiding the work because of its fans is dumb. Granted, its the same argument I use against being a fan of certain musical groups (I won’t go into specifics here, better to stay focused on the subject at hand and just take this music reference as a general metaphor), but that usually just applies to going to see those bands live. I still listen to and enjoy them in the comfort of my home. Whatever it was about hard-core zombie fans that irked me, would I really be tainted by it if I read Zombie books? The answer is no.

3) Zombies aren’t dumb. I concede this now. Zombies are cool. Zombies are interesting. If you’re wondering what changed my mind, it was the classic that I mentioned before, George Romero’s Night of the Living Dead, followed closely in prestige and quality by Dawn of the Dead. In case you’re like me and have been hiding from Zombies under a rock, Night of the Living Dead isn’t just about decomposing corpses temporarily reanimated by a virus. It’s about race in America. The hero, a black man, fights back hordes of brainless cannibals only to be mistaken for one himself and killed by rednecks. Dawn of the Dead, filmed in 1978 amid rising fears of the consumer culture, features human survivors in a mall full of…well, they don’t actually look that different from non-zombies in a mall, to be honest.The point of all this is to say that Zombies are valuable cultural symbols in America. They’re a kind of stand-in for the “other” among us, the strange non-human humans who want to destroy us just for being who we are. And, of course, we always run the risk of turning into The Mob ourselves.

OK, so there’s the pro-Zombie case that I made to myself. And now here is where I need your help: what zombie books do I read? This is a case of the paradox of choice, in which there are so many options, all advertising similar things, that I don’t really know where to start. I’ve been purposely ignoring Zombie stuff for so long, intentionally keeping myself out of the loop, that I really don’t know what to do. And so, dear readers, I beseech you, advise me. Please send suggestions as to which zombie books I should read, and why. Maybe after I read a few I’ll get a chance to tell you which ones I like best.