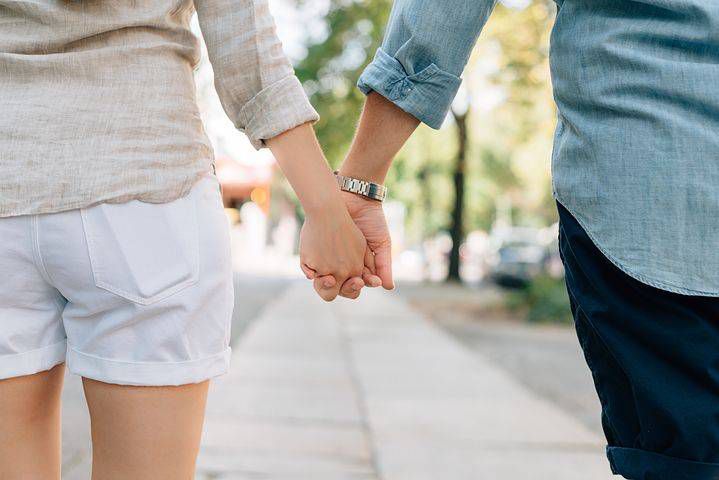 In my mid twenties, when I was living in London and desperate for a boyfriend, I picked up a book called I Kissed Dating Goodbye, by Joshua Harris. I was, at the time, unaware of most of American culture, save what I saw on Friends, and thus ignorant of the context into which it was written and the impact the book had already had in the US, where it had been out for some years.

I thought it was wonderful. The notion that you waited until you were ready to commit to a relationship that had the potential to lead to marriage, and then you pursued it in an intentional, chaste way, was a deeply appealing one. Not least because I wasn’t 13, or 15, or 17. I was, I thought, ready to commit. Ready to get married. I’d already had my teenage fun, my first snog and many subsequent ones. I’d been deeply hurt at university by a guy whose dating philosophy, if you can dignify it with that label, was the opposite of Josh Harris’.

I had also been hurt by a nice American Christian boy at university. Let’s call him Dan, since that was his name, and there are a million Dans, and the chances of his reading this are, at best, minimal. I mention he was American because it occurred to me the other day that perhaps he had, in fact, read I Kissed Dating Goodbye. He had almost certainly absorbed the cultural phenomenon that grew up around the book in the US – purity rings, the almost fanatical embrace of true love waits. Back then, in those pre-social media days, trends took longer to make it over the Pond than they do now, though I’m not sure that those things would have ever become widespread in the UK. We Brits are, as a culture, a little skeptical of what we see as extremes.

We hung out, Dan and I. We went to the same church, the same mid-week Bible study group. He came to see me when I had a bad cold and he made me toasted cheese sandwiches. (Dan, Dan, Toasted Cheese Sandwich Man, my friends called him, and now you can see why I wanted to tell you his real name.) We prayed together in his room. We went to see Titanic and I – oh, how I cringe at this memory – used this as a golden excuse to put my head on his shoulder and cry like a baby through most of it. I don’t remember if he put his arm around me, but he probably didn’t, or at least not immediately – which should have been my first warning.

Eventually, he plucked up the courage to write me an email. The jist of it was: when God wants to give me a wife, it’ll happen. Using God as an excuse when really what he wanted to say was, I just don’t like you that way.

From this grew a whole theory I had, born from years of experience and intense observation, about Christian Bloke Syndrome, which would also have been the title of my book if self-publishing had existed back then. It was, essentially, this: that Christian guys hid behind God-excuses rather than taking dating seriously – or even try it at all.

The UK context is different from the US one. We date, I think, less casually, or less prolifically, particularly in our teens. Certainly in Christian circles in the ‘90s, there were boyfriends and girlfriends, and there were, of course, the annual Sex Talks in church youth groups: how far can I go? Why is it a bad idea to go out with boys who don’t share my faith? But we were already pretty serious, pretty intense, about relationships, which were relatively rare – not least because it’s hard to date around within the faith when there are far fewer Christians in your country to start with.

Into this context came Josh Harris’ book, and others like it, and those general currents from the other side of the Atlantic, and it seemed as if that stopped what little dating there was dead in its tracks.

In the UK, at the time I was reading this book, what we needed was more casual dating, not less. As soon as a man and a woman were caught talking to each other at church, rumours would fly. Guys were terrified of asking girls out, because the instant a guy and a girl went out, she was presumed to be planning her wedding. (Girls, of course, were not meant to do the asking. We were meant to, in the words of another book I drank in and whose title I sadly can’t remember, sit still and sparkle. The guys would then flock to us, presumably multiplying like loaves and fishes since single women vastly outnumber single men in the British church.)

To say that a guy must only ask a girl out when he is ready to court her is to put unbearable pressure on both of them. I understand, in some ways, the wisdom of it when the people involved are teenagers. I certainly understand why parents and youth leaders and pastors would want to teach that, even if it is, at best, a theological stretch: there’s the well-intentioned desire to protect those you love from hurt, and then the convenience of having fewer embarrassing or difficult conversations, less emotional fall-out to deal with.

But I also know the damaging effect that kind of thinking had on many of the young men my age – and on young women. Coffees or dinners were termed “getting to know each other,” and presumed to be the first stage of courtship. In a deep (and well-meaning) desire to be “intentional,” or in an attempt to hide behind the excuse of it because of the pressure they felt, guys in their twenties became, or stayed, passive. Women became, or stayed, frustrated. A few wandered beyond the confines of church teaching and found that out in the real world, people could go out together and it didn’t have to be as complicated as we made it.

We needed the freedom to be together one-to-one without the niggling thought that this had to go somewhere, or without the frisson of the forbidden, which is its own kind of pressure. We needed to go out to the theatre and drink Pinot Grigio Blush and go for walks in St James’s Park. I, and many of my friends, wanted to feel desired, or even noticed, just sometimes.

Dan emailed me again a year after his non-break-up email to apologise for the hurt he’d caused. I was grateful, and respected him for it. I think there would be value in Josh Harris doing the same – in saying, perhaps, that though he isn’t sorry he wrote I Kissed Dating Goodbye, he wishes the culture it engendered hadn’t veered to such an extreme and that the book hadn’t come to be prized so dogmatically. He was well-intentioned and very young when he wrote his book, and I doubt he could have had any idea of the impact it would have on the Christian world. To the extent that its effects have been negative, his editors and publishers must also bear some of the responsibility for that.

He says now that he owes it to his readers to go back and rethink his conclusions. I would agree with that, though for many of us, it feels like it’s too late, that the damage has already been done. We skipped an important developmental step along the way, missed out on marriage, and for some of us, it’s too late to have children, too. That’s not something a kickstarted documentary about the evolution of his dating theology can somehow resolve for us. We have to go elsewhere for that healing.