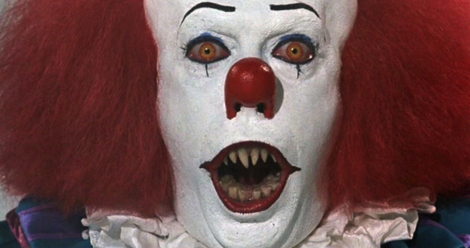 When it comes to 1990s TV entertainment royalty, there is one indisputable crown bearer: The King of Cartoons from Peewee’s Playhouse. Duh. But if there are two, the other throne is definitely occupied by Stephen King. 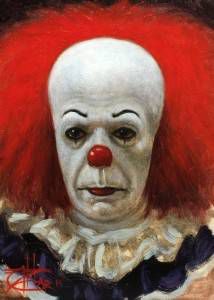 Raise your hand if you haven’t slept in 22 years because of the made-for-TV adaptation of the novel IT. I know real, actual people who were tormented by images of Pennywise for real, actual decades after catching this edited for prime time spectacle. It has come up for people when I’ve asked them during some late night or first date conversation what the first R rated movie they remember seeing; they have sometimes said IT from the 1990s. I know the 90s were pretty edgy and provocative and mature (or so we believed by retorting “come on, it’s the 90s” to every criticism of our thoughts, words, and deeds) but as far as I know I don’t think they made R rated television programs. It speaks to the talents of the story’s creator—to have tapped into what might be modern archetypes of terror and let them come out to play on our living room screens for a few hours. If you are a clown or are related to one, I mean no disrespect. But clowns are nightmares under construction. Didn’t Jung say that? If not, I’m sure he meant to.

Stephen King, and his horror-writer friends and colleagues speak the language of archetypes better than most, perhaps. And when your character comes pre-loaded with extra helpings of involuntary pee-inducing feelings, you don’t have to rely so much on gore or shock. The symbol does the heavy lifting. It’s part of the beauty and power of the book–that fear will try on different costumes until it finds the one that’ll drive you bananas in the way that isn’t so much fun when it’s happening to you. Kids in the 90s knew the feeling, thanks to this world television premier.

IT is getting an updated big screen adaptation, probably with a real, actual R rating, and I wonder how many of my fellow 90s kids will nope themselves right out of the ticket line. Or is the most critical step in the Millennial Ritual of Chud to sit ourselves down with the world largest supply of snacks to stress eat and look this story right in the eye, to show it who’s boss, to break its spell and take away its power? I have a feeling it is.