At last count (this morning, after struggling to find shelf space for the various bookish goodies I’d accumulated over the holiday season), I have a TBR (consisting of four shelves, one dented box, and three lopsided piles) that, in its entirety, amounts to 269 books. Now, I could sit here and tell you, hand to my heart, that I don’t have a problem—after all, it’s not my fault that there are so many great books out there, and it’s not my fault that so many advantageous sales just happen all the time, and it’s not my fault that I stockpile comics the way a squirrel stockpiles nuts for the winter. But if I did that, I’d totally be lying, and we all know it, so what’s the point?

I don’t even know how this happened, to tell you the truth. I regularly donate books that aren’t my thing (and there are plenty), I’m vigilant about waiting for sales (40% or bust), I use my Kindle, its smartphone app, and ComiXology when I want to try out something that’s brand new and looks interesting. I absolutely love my books—but if I don’t find some way to whittle down my TBR, a problem that’s a bit of an eyebrow-raiser right now will eventually become unmanageable.

Luckily, I do have some idea of how I got here (maybe?), and if you’re also looking for ways to cull your shelves (or your boxes or your stacks or your tabletops or whatever), maybe this will help you, too:

This has been on my shelf for HOW LONG?: 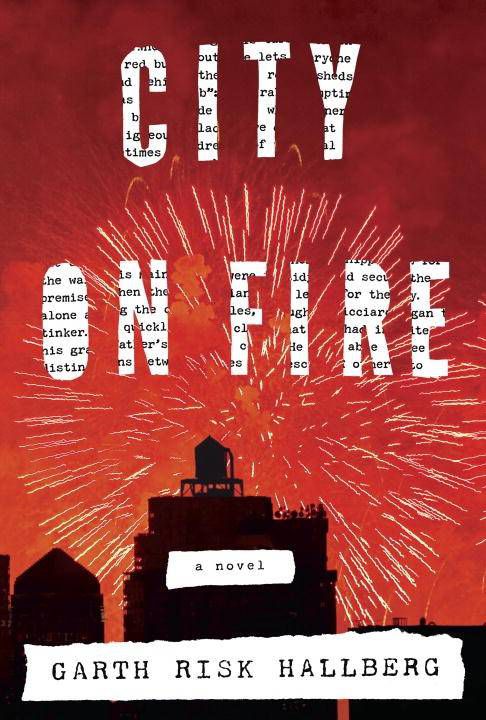 This idea came courtesy of my friend who, last time she was here (in 2017), hefted Garth Risk Hallberg’s City on Fire (the huge, shiny hardcover) into her lap and asked me if I’d read it yet. “Nope,” I said cheerfully, “but I’ll get to it one day!” She put the book back and surveyed my shelf. “When?” she wanted to know. “You have so many books. I swear I saw the same book in the same spot last year.” Actually, it’s been in the same spot for over two years. I can’t help but wonder which of my TBR books I will actually get to within 2018. Specifically in the case of City on Fire, I bought it because I was intrigued by its sheer size, and a little enchanted by its cover and its edgy synopsis. Back when I first purchased it in 2015, I thought it would be a priority read, but that’s clearly not been the case. If I don’t actively have plans to read purchased books within six months to a year, if I’m not excited to read them right now (as opposed to “ya know, one unspecified day in the future that could be years from now.”) shouldn’t I just set them aside for donation? Someone else will pick these books up, and will read them right away, and might even love them. It seems kind of flaky of me to keep books that I might, realistically, never be motivated to open. If I can’t at least crack open City on Fire by July (I know, I know, I’m totally wimping out and being soft on myself about this. But I didn’t actually realize it had been that long until I took stock of my TBR today, and even when my friend said it, her unintentional wisdom only caught up with me in the process of writing this article), it should be en route to a new home.

I was really excited to read this…but not so much anymore: 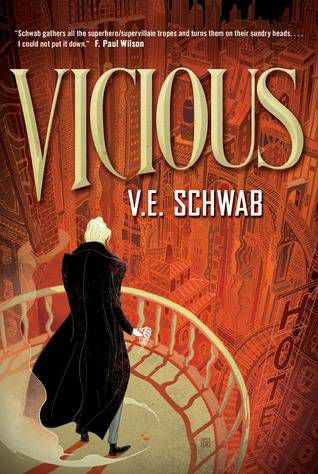 Another 2015 purchase was V.E. Schwab’s Vicious, which I picked up because the summary reminded me of an adult version of Despicable Me, and on the inside, I’m actually turning five next week. I put it on my shelf because I was reading something else at the time, and it’s stayed there, gathering dust, ever since. I haven’t even attempted to pick it up or use an Audible credit to try the audiobook. I sort of want to read it, but then I remember there’s a sequel coming, and my interest dwindles down to nothing. If I can’t muster up enough enthusiasm for the first book, it’s a good bet the release of more material won’t change my mind.

If I buy the whole series at once, I’ll read it faster:

I don’t know why this is something I insist on telling myself every time there’s a series that I want to check out. I can only remember binge-reading one trilogy in the last three years, Jenny Han and Siobhan Vivian’s Burn For Burn books, and by the last one, I was burnt out and frustrated because I’d devoured the first two, and the third one was an absolute devolution of everything I’d come to love about the series. I should have learned my lesson then, but no. There are some series I bought and started, but others, like Lev Grossman’s The Magicians trilogy, Michelle Hodkin’s Mara Dyer trilogy, and several massive omnibi, haven’t even been looked at. I did this again literally two weeks ago with Maggie Stiefvater’s Raven Cycle series, which I love so far, but I went directly from book one to book two, and I’m reading two other novels as well. Realistically, I could have put off purchasing books three and four until I was ready to read them, but they’re part of the TBR tower now, so they’re staying. Will I get to them anytime soon? Who knows. New mantra: I do not (and should not) buy an entire series at once, because I will not read it faster.

I used to like this for a reason, right?

In college, I was too busy to read for enjoyment. But after every exam I took, I’d treat myself to a fluffy, uncomplicated read to uncramp my brain. That’s how I discovered Kelley Armstrong’s Otherworld series. I managed to read the first four books in the thirteen-book series before real life called me away again. I sat down to reread recently, and found they weren’t exactly as wonderful as I remembered them. Luckily, I didn’t buy all 13 books (just the first six), but now I’m wondering if I have it in me to power through the whole thing, when revisiting the first two felt like such a disappointment. I should probably get rid of these books; some other frazzled student out there will appreciate them.

I fell for the BookTube hype (again!): 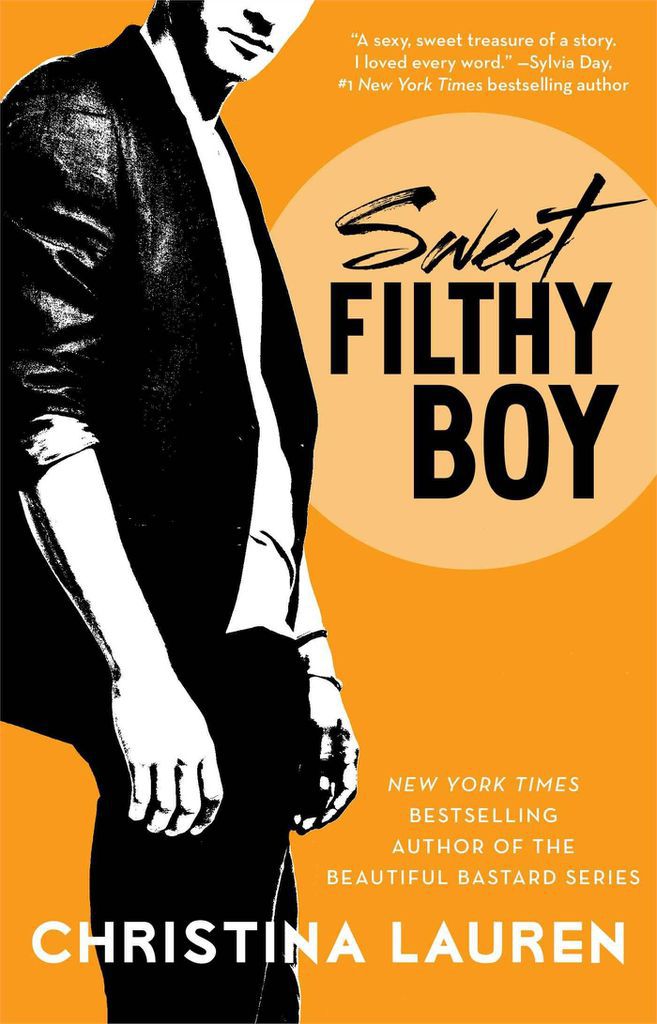 BookTube is quickly becoming one of the most visible, vocal ways to promote, talk about, and share books. When I first discovered it, I was pretty taken with the whole thing, and my Amazon cart was loaded with books other readers swore by. Fast-forward a few years, and I’m much more judicious about whether or not I tune into the hype—but it still gets to me. I suspect this is why I have a copy of Christina Lauren’s Sweet Filthy Boy on one shelf, and both of Shari Lapena’s books (untouched) on the other. I know, based on my own tastes, that Sweet Filthy Boy is probably just biding its time until I move and can’t justify taking it with me. I also know, thanks to a host of Goodreads reviewers I trust, that Lapena’s writing style probably won’t mesh with me. But I can’t find it in me to get rid of them just yet, and I don’t know if it’s because I’m afraid of missing out on something wonderful or not.

I don’t even know how many unread books are on my Kindle. What I do know is I have far less impulse control with buying books digitally than physically. I should probably make a list of the books I know I want this year, make a few exceptions (like, a five unplanned books rule?), and refuse everything else.

If I were to divide all my TBR books by from Book Outlet and not from Book Outlet, probably a quarter of my unread stuff would fall in the first category. Book Outlet has unbeatable pricing and crazy bargains all the time, and because of that I pretend it doesn’t exist, with the exception of only three or four purchases a year. But each time, I’m buying upwards of 10 books. I don’t actually need that many. No one needs that many. Book Outlet may be the worst thing for my TBR tower. I’m not saying I’m straight-up banning Book Outlet from my life, I’m just saying that until I make it through the last box of books from them, maybe I should cool my jets.

I fully intend to storm my TBR tower and turn it into a reasonable pile by the end of the year. Whether or not that happens remains to be seen, but out with the old, in with the new. I’m kidding. I don’t need any more books. Right? (Why am I like this?)