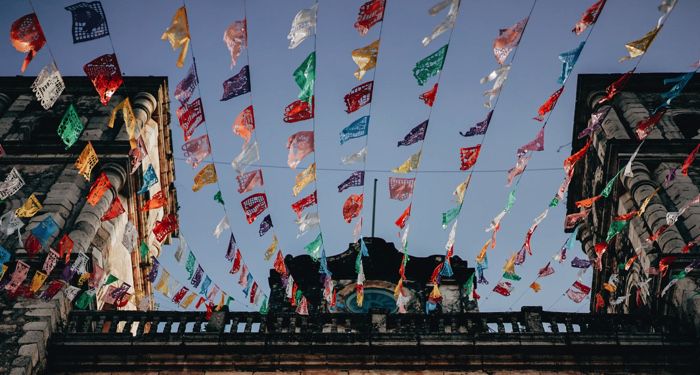 I may have mentioned a time or two that I’m Mexican American. (Like here, for instance.) It’s something I’ve always been aware of and proud of, but lately, I’ve started to feel like my reading list does not reflect the Latinx part of my heritage enough.

It’s not like I don’t have options here. Sure, Latinx authors may not be the best represented in traditional publishing, but they’re out there. Some have even gotten significant attention, like I Am Not Your Perfect Mexican Daughter (apologies for cribbing the title, by the way) and Mexican Gothic. But have I read either of those? Nope. Maybe that’s excusable for the former title, as I don’t read YA, but Mexican Gothic? A historical mystery with fantasy/supernatural elements? That is right in my wheelhouse, and I genuinely want to read it. Yet I am no closer to touching it today than when it was published.

My main problem is that I have the literary taste of an old white man. My favorite genres — superhero comics (mostly old ones, from the ’80s and earlier) and historical nonfiction, particularly about European countries — have always been and continue to be predominantly white and male. My preferences are so white bread that I’ve devoted half a shelf to novels based on that ’60s spy show that Guy Ritchie failed to reboot.

But even within these strict categories, there is wiggle room that I generally fail to exploit. A La Brava is an entire comic book universe spearheaded by Latinx creators and starring Latina superheroes. Have I read it? Well…

I have been making some modest efforts, however. I’ve read the superheroic adventures of interdimensional Latina America Chavez, starting with America Vol. 1: The Life and Times of America Chavez. I’m branching out with my nonfiction as well, even reading one about Mexico. (It was mostly very good, but I can’t wholeheartedly recommend it due to the pointless use of a transphobic slur. Alas.)

I also recently had the pleasure of reading Edgar Camacho’s award-winning Onion Skin, a Mexican comic about two lost souls who find their place in the world while running a food truck and fleeing a gang that runs a rival truck. However, I only bought this book because A) it’s about a Mexican who cooks (like my dad!), B) it was half off, and C) Camacho was about to be a guest at SDCC@Home. (You can see the panel here. It is a delight.) If just one of those factors had been missing, I don’t think I would have bought the book. It took this precise alignment of the stars and galaxies to make me pick up a Mexican comic.

This reticence is especially stupid because I know what a kick I get out of Latinx-created media. Check out this bit from Onion Skin.

If you don’t eat a lot of Mexican food, you can be forgiven for not knowing that lump of green stuff is chilaquiles (fried tortilla chips with sauce and stuff on top). I grew up eating (and still eat) chilaquiles semi-regularly and recognized it immediately. This is the first time I can ever remember seeing a fictional character eating chilaquiles. And it was great.

Something similar happened with the novel Fiebre Tropical, about a Colombian family (which I admit I only read for a reviewing job on another site). There’s a bit where the narrator describes her grandmother sitting around watching Caso Cerrado (“Case Closed” — a Spanish-language Judge Judy, in essence). I got so excited for that scene. My dad watches that show, too! I always know when it’s on because I can hear the little jingle they play before and after commercial breaks (“Caso cerraaa-do-ooo…”) clear across the house! It’s ridiculous that my memory reduces this fantastic, emotional novel to one nigh-insignificant moment, but I guess that’s how starved I am for books that show people like me. Those little details thrill me to pieces.

So why don’t I put more effort into seeking them out?

At this point, my only excuse is that I’m lazy. I’ve found the genres and franchises I like, and it’s easier to sit here and marinate in them forever than to poke a toe out of my comfort zone, even if the un-comfort zone is in some ways more comfortable than what I’ve got now.

(For the record, I don’t really believe there is any wrong way to be a Mexican or anything else. It just feels that way sometimes.)

No one should be reading books from just one culture, and I certainly wouldn’t want to. But the fact that I’ve barely put any effort into reading about my own culture is a problem. Maybe it wouldn’t bug someone else, but it bugs me. And this is why representation matters so much. We need people from all ethnicities represented across all genres so that everyone — even weirdos with antiquated tastes like me — can find something that makes them feel at home.

Fortunately, this is getting easier and easier as publishers open their doors to more diverse creators. Spanish-language books and translations are more popular than ever. And Latinx authors are making their presence felt across a wide range of genres, from romance to young adult to mystery.

With so many new and exciting things happening in the realm of Latinx books, I’m sure it’s only a matter of time before my bookshelves feature more Latinx authors than vintage tie-in novels.