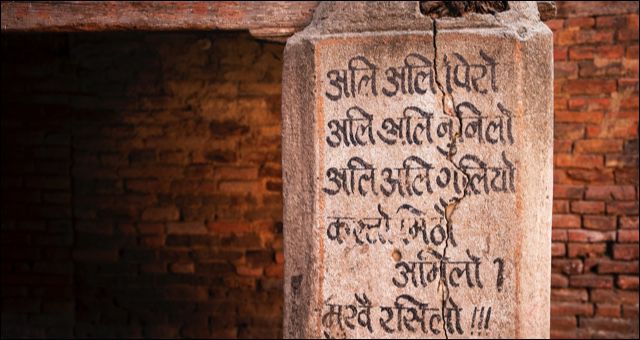 Critical Linking is a daily roundup of the most interesting bookish links from around the web, sponsored by Talion Publishing LLC, publishers of the thrilling Talion Series by J.K. Franko.

“That question has at least four answers because writing was independently invented at least four times in human history: in ancient Mesopotamia, Egypt, China and Mesoamerica. The scripts of these civilizations are considered pristine, or developed from scratch by societies with no exposure to other literate cultures. All other writing systems are thought to be modeled after these four, or at least after the idea of them.”

The language nerd in me is tickled.

“Writers have striven to survey the landscape of old age since Shakespeare wrote King Lear. But the Bard’s iconic image of the dying and raging patriarch is hardly a contemporary portrait. Today, when writers, like all of us, are living and working into extra innings, a new literature is emerging to describe how life post-50 is a different beast than it was in our grandparents’ day.

Would read a Golden Girls–esque book about women out here thriving after 50 SOMEONE GIVE IT TO ME.

“‘I asked how many of these girls didn’t feel like they belonged in a room with me. Almost every girl raised her hand,’ Obama recalls. ‘That’s been the most powerful part of the last year — talking with all sorts of young people about how the things that we think are our inadequacies are usually our strengths. The simple act of sharing our fears and vulnerabilities helps us embrace our own stories and recognize how much we share with one another.'”

Next time I’m scared to do a thing, I’ll remember Michelle Obama was nervous before the Becoming release and tour.