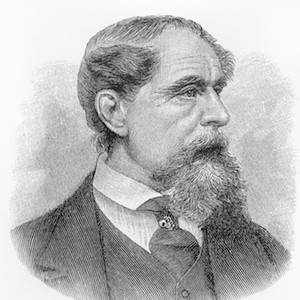 There are literally thousands of images taken from books in the public domain that have been scanned and shared with the world via the Internet Archive. I spent some time digging through them the other day, and stumbled upon a whole bunch of the original illustrations from the works of Charles Dickens.

I thought it might be fun to play a little game. I’ve chosen 10 illustrations at random. Check them out and see if you can match the illustration to the work. To help you along, I have included a quote from the page on which the picture appears.

#1 – “I say indelibly, for I felt persuaded that if the fatal cause could have been forever terminated, according to his brightest visions, in that same hour, the traces of the premature anxiety, self-reproach, and disappointment it had occasioned him, would have remained upon his features to the hour of his death.”

#2 – “The Master, upon this, put his hand underneath the skirts of his coat, and brought out his flute in three pieces, which he screwed together, and began immediately to play. My impression is, after many years of consideration, that there never can have been anybody in the world who played worse.”

#4 – “He stood with his lovely burden in his arms, gazing vacantly on the countenances of his friends, without the slightest attempt at recognition or explanation.”

#5 – “The master was a fat, healthy man; but he turned very pale. He gazed in stupified astonishment on the small rebel for some seconds, and then clung for support to the copper. The assistants were paralysed with wonder; the boys with fear.”

#6 – “During this melancholy pause the turnkey read his newspaper with a waggish look (he had evidently got among the facetious paragraphs), until, happening to take his eyes off it for an instant, as if to get by dint of contemplation at the very marrow of some joke of a deeper sort than the rest, it appeared to occur to him, for the first time, that somebody was crying.”

#7 – “We have been cruel, Grip, and made her anxious! Anxious in good truth, and sick at heart!” The listener held the door of his hiding-place open with his hand, and closely watched her son.

#8 – “Let me give you a card, sir, of an establishment where those six boys can be brought up in an enlightened, liberal, and moral manner, with no mistake at all about it, for twenty guineas a year each—twenty guineas, sir—or take all the boys together upon a average right through, and say a hundred pound a year for the lot.”

#9 – “They solemnly bless each other.The spare hand does not tremble as he releases it; nothing worse than a sweet, bright constancy is in the patient face. She goes next before him—is gone; the knitting women count Twenty-Two.”

#10 – “There was a game of blindman’s-bluff…And I no more believe Topper was really blind than I believe he had eyes in his boots!”

You can check your answers here.