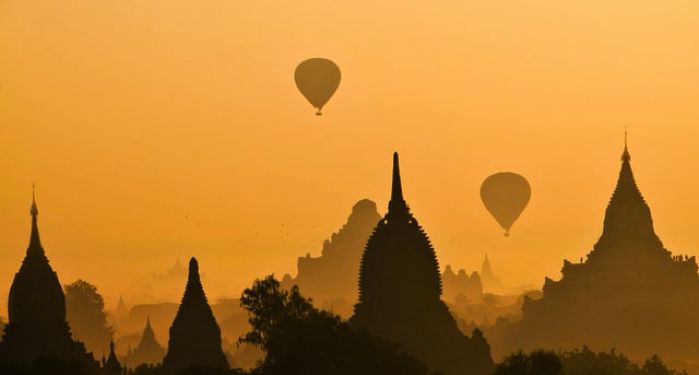 What roles do individuals play in revolutions? What position do they hold in the grander scheme of things? How do politicians’ pathological desire for glory impact civilians? How do the wars and revolutions that have been rhapsodized or denounced, depending on the ruling party’s political inclinations, disrupt the lives of the hoi polloi? We don’t yet have all the answers, but the literature of the non-Occident has initiated the much-needed conversation around what’s left in wars and who’s right in wars.

When we talk about time, we need to understand it as a melting pot of multiple timelines and not as an independent period in history. The present is always a complicated juxtaposition and negotiation of past events. In Arundhati Roy’s The God Of Small Things, the temporal mix is not only an appendage of its postmodern, postcolonial narrative style but also crucial to the portrayal of the trauma of the characters. From the start, the primary theme of the narrative — blatant casteism of the Indian society — takes center stage. Velutha, an untouchable man, walked past the school that his grandfather built for untouchable children. His affair with the upper-class Ammu and his Communist ideologies were read as direct threats to the class hierarchy that had been fortified by oppressing and inflicting generational trauma on the marginalized communities. The novel weaves together individual and collective trauma by letting the past subjugate the present and puncturing the latter with flashbacks. The mutinies the lower class raged against the status quo were always met with violence and vilification, as in Velutha’s case. The caste Hindu or Savarna leadership of Kerala’s communist movement capitalized on the voting potential and muscle power of the untouchables like Velutha. And eventually, these self-proclaimed aristocrats, reaping the benefits of the labor of the lower castes, led him to his untimely death. Roy has reordered time to map out trauma’s lingering damage and, in a way, has also invited her readers to take a stance enabling radical political and social change.

In her book Disoriental (translated by Tina A. Kover), Negar Djavadi has employed the same style to discuss the Iranian Revolution of 1979. The narrative commences with Kimia, a woman in her 20s, recounting her family history while seated in a fertility clinic. Her story jumps between timelines to uncover the intimate lives of her activist parents and the horrendous torture they had to endure at the hands of an oppressive regime backed by a phallocratic society. As the prose zoomed in and out of her family’s lack of agency when they had to flee Iran owing to its history of repression and coups, glimpses of Kimia’s fragmentary identity and her thoughts regarding motherhood as a homosexual woman also came to the fore. Kimia felt assimilating into a new culture demands one’s complete dissociation from the culture they were born into. But she had always been a misfit in her typical Iranian family. Needless to add here, her family’s status as political refugees, her father’s murder, and the world they were compelled to cut ties with in order to hang on to dear life had aggravated her trauma. Even in adulthood, while living in the west, she could not reconcile all the selves that existed within her and those she was expected to embody. The non-linear narrative facilitates the readers in comprehending the reason behind Kimia’s complete alienation from both the past and the present and her identity crisis.

Love In The Time Of War

In Under The Udala Trees, Chinelo Okparanta has achieved the delicate balance between a love story and a war story, with the boundaries often dissolving into one another. Ijeoma, a young Nigerian woman, comes of age amidst a civil war. After her father’s death, she was sent away by her mother to live as a housemaid. There she found romantic comfort in a girl from a different ethnic community. The queerphobic society brutally nipped their relationship in the bud. The trauma ensuing from the Biafran war and the taboo between Igbo and Hausa relationships contributed significantly to the person Ijeoma would become. Even when civil war became a thing of the past, Ijeoma and her queer friends were attacked for their sexuality. The way their way of loving and living was condemned leaves the readers questioning whether the day the war was officially declared as over was just another date where nothing changed but the faces of the oppressors. Is humanity in a perpetual state of war against itself?

In Shyam Selvadurai’s Funny Boy, love gets intertwined with war and politics. Set in Sri Lanka during the events that eventually led to anti-Tamil riots, our young Tamil protagonist, Arjie, was an anomaly as he preferred what was thought of as conventionally feminine over the masculine. Arjie’s love for a Sinhalese boy launches a social critique against not just his homophobic society but also against the sectarianism rebranded as nationalism he and his family were subjected to, which drove rioters to demolish Tamil property and kill civilians. The patriarchal intolerance and contempt for differences within Arjie’s family was a micro representation of the large-scale violence tearing his country apart. Arjie’s aunty Radha was advised against loving a Sinhalese man because her grandfather was murdered during the language riots of the ’50s by the Sinhalese. Arjie’s mother’s clandestine affair with a fearless journalist named Daryl also met a fatal end as he got murdered in Jaffna. The unimaginable trauma the characters had to live through that had been ascribed to their “otherness” could never be justified. Emily Dickinson said “Love is its own rescue”. But how can that be true in a state bent on enshrining hate and throttling humanity? What purpose do these revolutions serve if not to push humankind to its slow and painful extinction?

What do we do with all the unnameable traumas that plague our lives in the wake of revolutions? What experiences are we getting robbed of because of political ideologies that are far removed from our wellbeing? How does a human heart cope with insurmountable losses that are forced on it? Guess we will never have all the answers. Still, we will always have literature featuring characters just like ourselves to offer us solidarity, solace, and strength in the darkest of days.