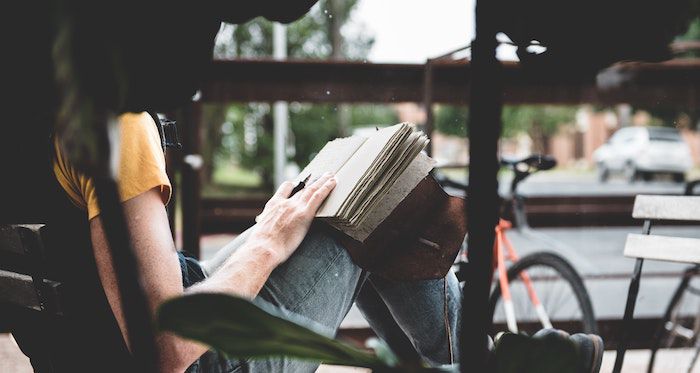 The Morning News’s Tournament of Books is my favorite event on the internet. It’s an incredible event to witness: books going head to head while judges explain their reading process. I love it so much because it has changed how I read literature.

How the Tournament Works

I’ll admit that I’ve been a fangirl for Tournament of Books ever since I discovered it in 2010. The competition started in 2005 with the basic premise: every March, books published in the prior year go head to head until one reigns supreme. It’s March Madness but for literature. Each judge considers two books from the brackets and then explains how they decided on the winning book. The final pairing has every judge from the tournament weighing in. The winner gets a rooster, in the form of a donation to Heifer International.

Since 2005, the Tournament has evolved bit by bit.  They’ve introduced the Zombie round, which allows readers to vote on their favorite book that was voted out of the tournament to return in the penultimate round.

Since 2017, the Tournament has added a Summer Reading Challenge where folks read and judge six books over the course of the summer, two each month; the winning book of the Summer secures a spot in the following year’s tournament.

Right now, the Super Rooster Tournament is going on where every year’s winning book is competing.

How the Tournament of Books Exploded My Mind

So how exactly did the Tournament change me? First, it made me read newer books. Up until the Tournament, I really didn’t keep up with new literature. While I read book reviews, I rarely bought books in hardcover, waiting to get them in softcover or at the library. The long waiting lists at libraries often deterred me. At first, the Tournament introduced me to authors that I had never heard of and may never have encountered. More importantly, it introduced me to some of my now favorite books, namely Where’d You Go, Bernadette? and The Animators. And it got me to read books that blew my mind like The City We Became.

But using it as a reading list soon wasn’t enough. After a few years, I felt the need to try to read as many books in anticipation of the Tournament. Not all of them, since there were always a few that held no interest to me. I felt like I had more skin in the game since I had favorites going in—though they never made it very far! I was super pleased with this year’s Summer Challenge because I ended up reading all the books, though I managed to always vote for the losing book every single time. (My taste must run counter to other people’s!)

How the Tournament Made Me a Better Reader and Writer

But even more than exposing me to a wider range of authors and having me be more current in my reading, the judgments made me a better reader (and writer). Each judge writes an essay exploring both books and their reasoning for choosing one over the other. It’s very much oranges and apples and at least one judge admitted to flipping a coin! But it was a lesson in what people are thinking about in their reading. The essays for each judgment made me think more critically about how I read the books and as a writer, how I potentially create one. What makes a book good and what makes a book better than another one? What elements work for people and what doesn’t?

It also helped me get into the head of readers who are completely different from me. I may not agree with their choices, but it is fascinating to see how they think about the same things I do but completely differently. It helps me understand a little more about my fellow reading humans.

The Super Rooster is also bringing up the question of how books age. One judgment considered the actions of both authors since their books won the Tournament and how that affected the reading of the books. The essay explored what it means for a book to have a lasting impact. Again, as a writer, this makes me think about my writing and how I can try to write books that will be meaningful not just now but in five, ten, 30+ years.

So for those of you who are new to the world of Tournament of Books, go check out the archive. There’s 16 years of judgments to read through. I might recommend skipping the Super Rooster since it’ll spoil all the Tournaments for you. If you check out the Tournaments, you’ll get a lot of cool essays about reading books and maybe find some new titles to add to your TBR.

Want more about the Tournament of Books? Here’s one reader’s 2016 thoughts on the Tournament. Want more articles about awards? The National Book Award Finalists have been announced here!